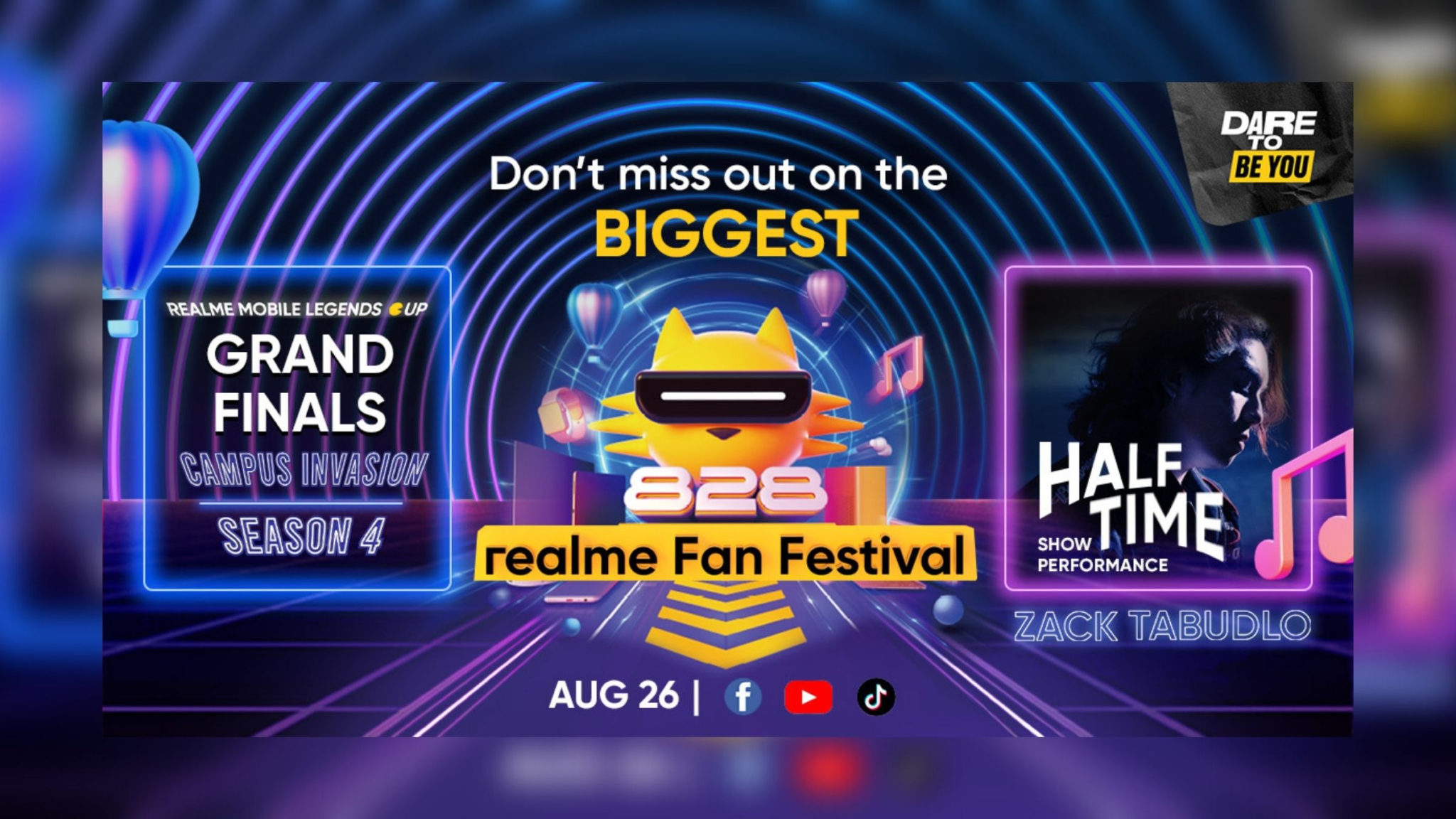 Every August, realme holds its annual realme Fan Festival. With the central theme being Dare To Be You, this year’s Global Fan Fest is a tribute to its 100 million fans. The celebration’s about to get bigger with the realme Mobile Legends Cup (RMC) Grand Finals happening on August 26. realme also has its Super Brand Day on Shopee that runs from August 26-28!

What to Expect During the RMC Grand Finals!

Unlike last year, realme is simultaneously running two Mobile Legends tournaments! On August 26, realme will hold a special livestreaming event where we’ll see top esports teams duke it out for Mobile Legends supremacy, jam-packed with other surprises that are sure to excite the realme community.

The fun begins at 11AM with the RMC x PJMA Campus Invasion. This will have the exciting matchup between ​​the PSBA Jaguars from the Philippine School of Business Administration, and Team Lethal from Angeles University Foundation.

After that is the main RMC Season 4 Grand Finals where AUG3 and K10 will face off for the glory of winning the ultimate RMC title! That also includes a prize pool of up to P500,000.

As a treat for the realme Squad, the RMC Grand Finals will also feature a special half-time show headlined by singer-songwriter Zack Tabudlo in between the matches. The artist behind the hit single “Binibini” is set to indulge fans with a performance of his latest viral hits. On top of that, there’s a surprise celebrity showmatch that people are gonna look forward to see.

The realme Mobile Legends Cup Grand Finals will be something that you don’t wanna miss! Again, it’s on August 26 starting at 11AM on realme Philippines’ Facebook, YouTube, and TikTok accounts.

Not only that, you can avail of FREE shipping with P500 minimum spend and 10% off with P1,500 minimum spend! You can also use the code realmeSBD2021 during checkout for up to P500 off with P3,000 minimum spend. That’s a lot of offers that you can take advantage of so ready your carts now and checkout on August 26-28!

Published in realme and Tech