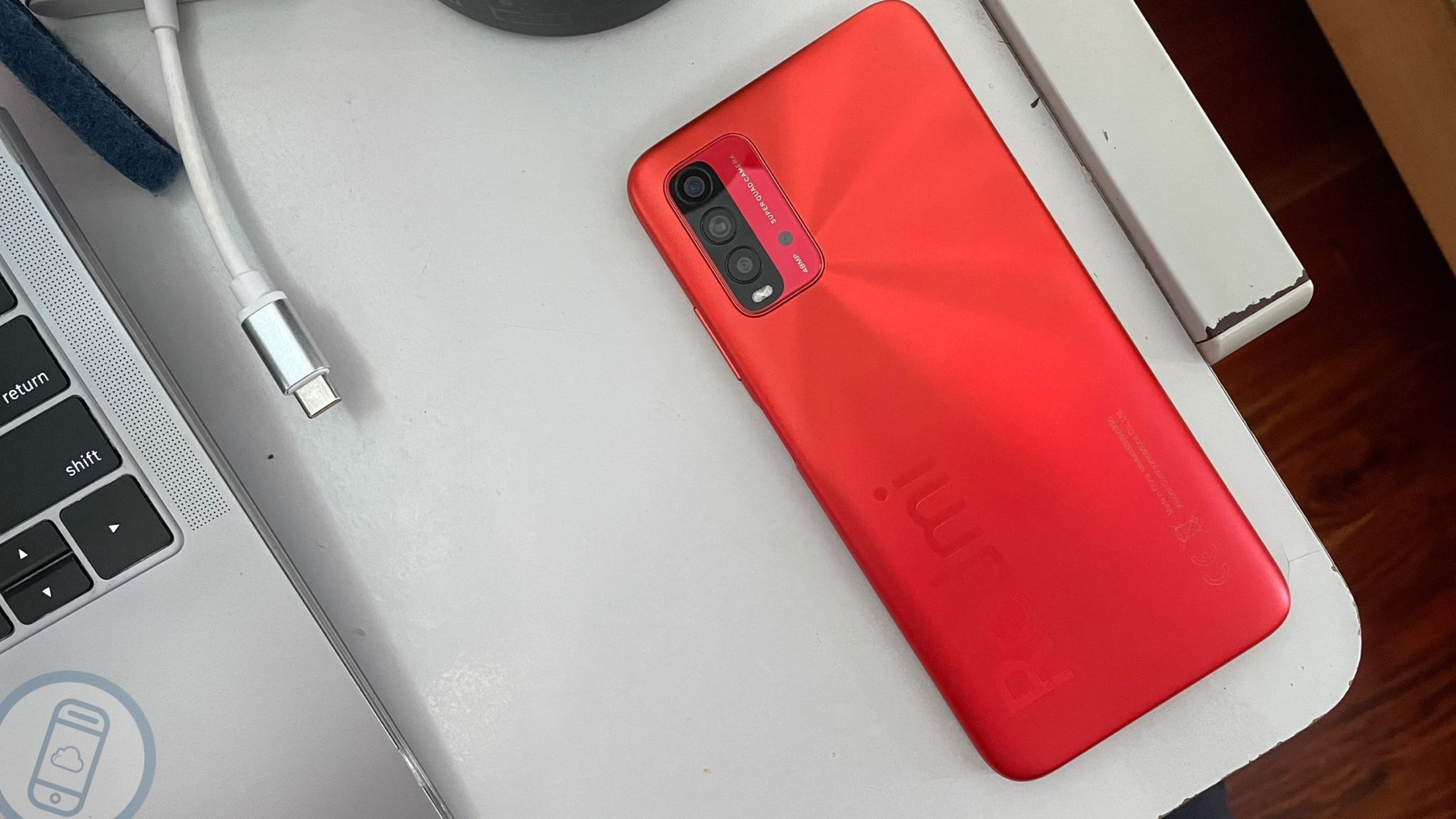 I didn’t really expect to review another Xiaomi phone. This is after I got disappointed by the Redmi Note 9 (more specifically, its 3GB RAM and MIUI 11). After checking out the Redmi 9T, I realized that I shouldn’t dismiss these entry-level Xiaomi phones altogether. I spent three weeks with this smartphone and I have more than a few words to say about it. Here is my Redmi 9T review.

Before I even get into what’s in the box, let’s talk about this thing you see on the back. It’s been a recent trend lately with different smartphones putting the big text of the brand name or the slogan. Depending on how it’s placed, I’m usually fine with it if it’s subtle. Others make it more obvious to the point that I just HAVE TO GET A CASE to hide it! I hope this will fade real soon because we don’t need to put a lot of text on the backs of phones.

My mini-rant is over so on with the unboxing experience.

The unboxing experience is pretty standard with the Redmi 9T. It’s a good thing that budget phones still get power adapters. (This is probably because the phone’s easier to sell when you include one.) Besides that, not much to see here. (Side note: I actually like Xiaomi’s SIM ejector tool since it isn’t flat so it’s easier to hold.)

More About The Design…

It’s really harder to have a phone design stand out in the entry-level segment, but Xiaomi tends to do that often. The matte feel on this is pretty nice. However, it can easily slip through your hands if you don’t have a tight enough grip on it. Good thing the sides on this phone help with the grip so I wouldn’t drop it as often.

The buttons are clicky enough, though I’m not really a fan of the volume buttons being on the same side as the power button. I would end up pressing on the volume down button more when I wanna turn off the screen. Good thing there aren’t any extra buttons that I might end up not using at all. I also like the fingerprint sensor that’s integrated into the power button. It’s very useful, especially when the phone’s just on the table.

Having that IR blaster on top is pretty useful, though it takes some setup with the Mi Remote app to really take advantage of it.

For a sub-P7K phone, this phone floored me thanks to its dual stereo speakers! I never expected a feature like that to end up in a budget phone, but here they are. I could even get away with watching videos and playing some games using the speakers! Speaking of games…

The Performance is (FINALLY) Good Enough.

The Redmi 9T uses a Snapdragon 662 processor and up to 6GB RAM and 128GB storage. I’m happy that budget phone users still get expandable storage via microSD and this is still true here. I find the performance of this phone solid enough for most tasks. Some games like Mobile Legends run really well on this phone. I don’t expect to play graphically intensive games like Genshin Impact though since they tend to chug here. Using the Game Turbo feature could help with that a bit, but don’t get this phone for intense gaming.

Overall, I’m really glad they put decent specs even on a sub-P7K phone. If succeeding phones from Xiaomi are any indication, the entry-level bar will only go up.

Another aspect that really irked me with the Redmi Note 9 was MIUI 11. It was probably one of the slowest software skins I’ve ever experienced in a phone. The funny part was that MIUI 12 on that phone didn’t help matters at all!

I’m really thankful that MIUI 12 on the Redmi 9T is decent enough for me. It still feels slow, but that extra 1GB of RAM and MIUI 12 really helps. My experience with this phone was way better because of that.

Getting a Better Display is NUTS!

At first glance, it looks like a plain 720p display with a teardrop notch. You would be right, and normally phones at this price are this way. Good thing this Redmi 9T carries an FHD+ display with a 2340 x 1080 resolution! I can’t really see much when I go out for picking up food deliveries (the brightness only reaches 400 nits). Despite that, the quality is good enough for those YouTube-watching sessions I have for an hour or two (or three!) The lack of AMOLED doesn’t really bother me here at all.

I Can Hardly Kill The Battery!!

I’m using the photo of the Redmi 9T alongside my laptop because they both have comparatively the same battery life now. (Note that I’m using the 2018 MacBook Air and not the M1.) I could easily go through a full day with around 40-50% battery left. My usage consists of browsing through social media, watching YouTube videos, taking some photos, and the occasional game or two. I usually rock two phones, so I would take three days to actually kill this phone.

Here’s Some Focus on Its Cameras

The cameras on the Redmi 9T look good on paper. It has an 8MP front camera for those selfies and the 48MP rear quad camera system you see up top. Said quad-camera system includes an 8MP ultrawide camera, a 2MP macro camera, and a 2MP depth sensor. Do these cameras have something to offer? Let’s check those photos, shall we?

Click on any of the photos for a full-res version!

This flower really shows how vibrant the colors are on these photos. That was the first thing I noticed when taking the first shots with the Redmi 9T. It became more apparent when I went to a mall for a supply run and took the photo you see below.

I find the wide-angle shots to be decent enough, especially if you’re mainly going to use them for social media. The colors on these wide-angle shots also pop, so there is some consistency there. There may be some distortions on those shots, but that’s to be expected. In situations where light varies, photos tend to be mixed for me. The photo below really shows how varied the colors are.

Selfies taken with the Redmi 9T are good enough for me. Shots that don’t involve a super bright background really work out so well! (Take the bottom-left photo, for instance.) I don’t notice a lot of smoothing on these without any beauty filters. This is really nice, especially if you’re mainly using this camera for social media sharing.

Here are more photos of close-up and indoor shots I took with the Redmi 9T. I really find the cameras on this phone to be good for the price. If you’re into more vibrant colors, then you’ll like the photos coming out on these. If you notice, I don’t have any low-light shots or challenging indoor shots. That’s because the photos are really unusable, even for simple sharing with friends. Here’s hoping they can grab some ideas from other phone makers for that.

Should You Buy The Redmi 9T?

At first glance, it would seem like a good deal to get the Redmi 9T! On paper, the specs are already good enough for the price. The thing is, I feel that this phone has a lot to offer!

The camera’s good enough for most cases. Having dual stereo speakers is very nice and should now be a standard for phones more expensive than the 9T. MIUI 12 is way better than its predecessor and having 4GB RAM helps out a lot. You also get a 1080p display at this price. I’m really happy that I got to use this because now I can say that Xiaomi is on to something with the Redmi brand. Here’s hoping that the next one I try would be even better.