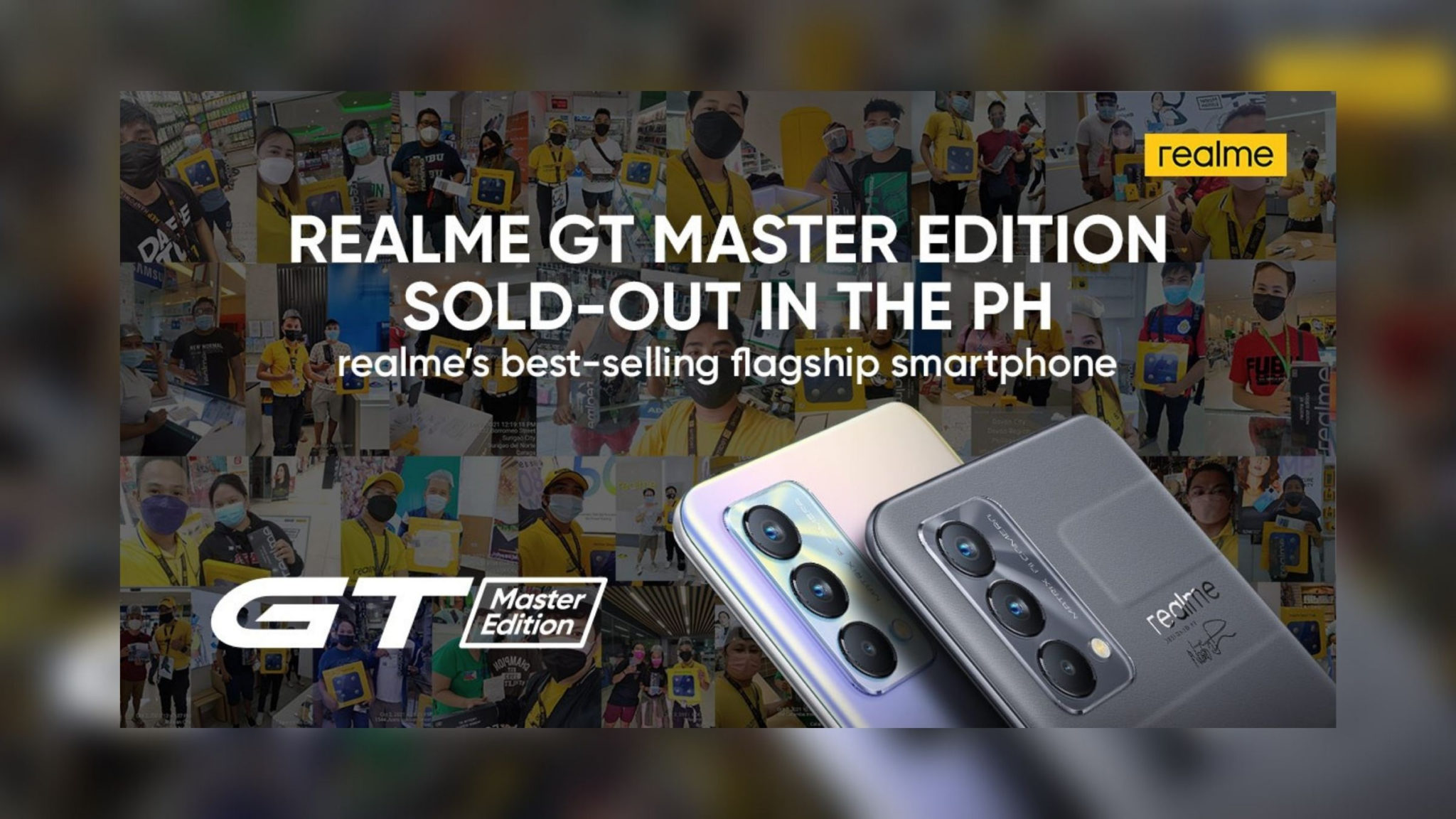 realme just keeps hitting these milestones left and right! Just when you think they did a lot, they just hit another milestone! The realme GT Master Edition SOLD OUT during its first week of sales in the Philippines! According to realme Philippines, it is the brand’s best-selling flagship smartphone to date!

The realme GT Master Edition performed very well in the market! There were thousands that placed their orders via Lazada and through over 5,000 realme stores and partner dealers nationwide! It became a big hit for realme as it sold out on Lazada in less than 24 hours since the launch. Even during Lazada’s Sulit Sweldo Sale on September 30, the realme GT Master Edition generated impressive results! The phone also sold out on its first offline selling weekend from October 2-3!

Why is The realme GT Master Edition SOLD OUT?

I think that this phone has a lot to offer for its disruptive price! The main highlight is its Voyager Grey color which has the industry’s first vegan leather concave design. This design comes from internationally acclaimed industrial designer Naoto Fukasawa. If you’re more into lighter colors, then there’s the Daybreak Blue color which takes inspiration from the colors of dawn with a holographic back panel.

The insides of the realme GT Master Edition are just as good as its outside! It has a Snapdragon 778G 5G processor, a 120Hz Super AMOLED display, 65W SuperDart Charge, a 64MP triple rear camera system, and a 32MP front camera. All these contribute to a more premium smartphone experience without breaking the bank!

Did the realme Book Sell Well?

realme’s first-ever laptop, the realme Book, has a great showing during its launch with having a staggering amount of preorders for both i3 and i5 variants. This is just hours within its official launch on Lazada.

I can see why the realme Book is popular. Its 2K Full Vision Display is very attractive for a laptop of its price! Other standout features include an 11th-gen Intel Core i3 or i5 processor, a large 54Wh battery with 65W Super-Fast Charge technology, and Stereo Sound by DTS (Powerful Bass Sound by HARMAN). The realme Book comes in two colors: Real Blue, and Real Silver.

We are grateful for the Squad’s continued support and trust for our latest line-up of premium yet affordable products. Rest assured, the brand is committed to breaking the line that divides affordability and premium quality, to provide the best digital experience to every Filipino.