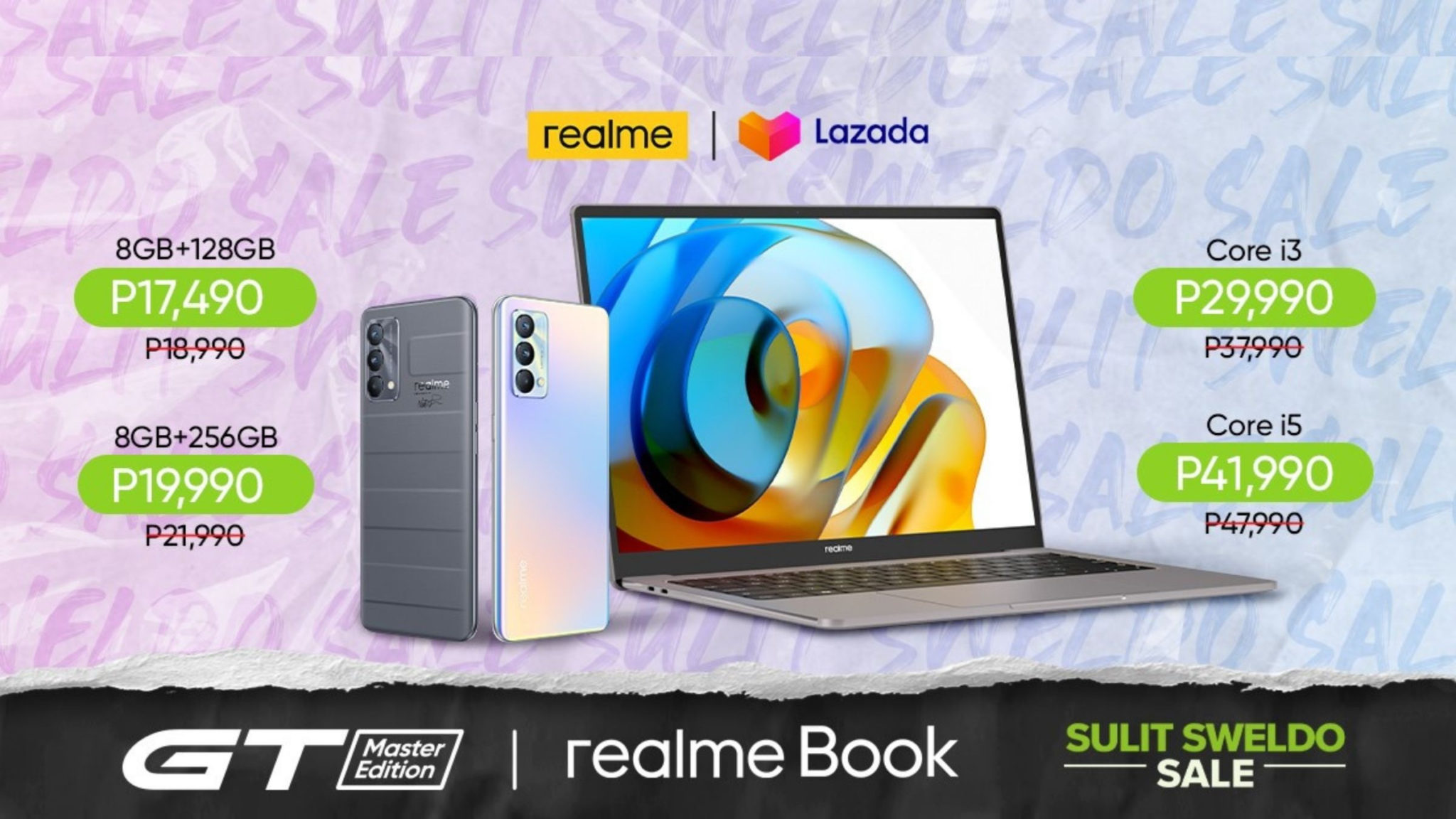 After the successful first-day sale of the realme GT Master Edition, I’m sure some of you didn’t get the chance to get one. I have GOOD NEWS for you! This disruptive smartphone will be ON SALE once again! You can get the 8GB+128GB model for P17,490 (P1,500 off the P18,990 SRP) and the 8GB+256GB model for P19,990 (P2,000 off the P21,990 SRP)! The realme GT Master Edition comes in two colors. There’s the stunning Voyager Grey which has a vegan leather back and is made by famed industrial designer Naoto Fukasawa. If you’re not into grey at all, then you can go for Daybreak Blue! It takes inspiration from the colors of dawn.

This phone isn’t just all style, it’s full of performance as well! It has a 120Hz Super AMOLED Display, the Snapdragon 778G 5G processor, a 64MP Primary Camera, a 32MP front camera, and 65W SuperDart Charge. With all that powering a very stylish smartphone, the realme GT Master Edition is sure to turn a lot of heads.

You wouldn’t think it’s an affordable laptop though thanks to its 11th-gen Intel Core i3 or i5 processor and 2K Full Vision Display. Its premium aluminum alloy design could really fool you and it comes in two colors: Real Blue and Real Silver. Other features include its 54Wh large battery with 65W Super-Fast Charge technology and Stereo Sound by DTS (Powerful Bass Sound by HARMAN).

Aside from those two disruptive devices, the realme Squad can also look forward to other exciting deals on September 30! You can get discounts up to 50% OFF on other tech must-haves! Products and their flash sale prices include the realme Buds Air 2 (P1,790), the realme Watch (P1,690), the realme TechLife Air Purifier (P4,490), and the realme Smart TV 32” (P8,490) among many others.

realme Joins Shopee’s Payday Sale with Deals up to 50% OFF!

realme is also joining the Shopee Payday Sale on September 30! You can also take advantage of the deals they have that are up to 50% OFF!

Go get those deals later at 12MN!