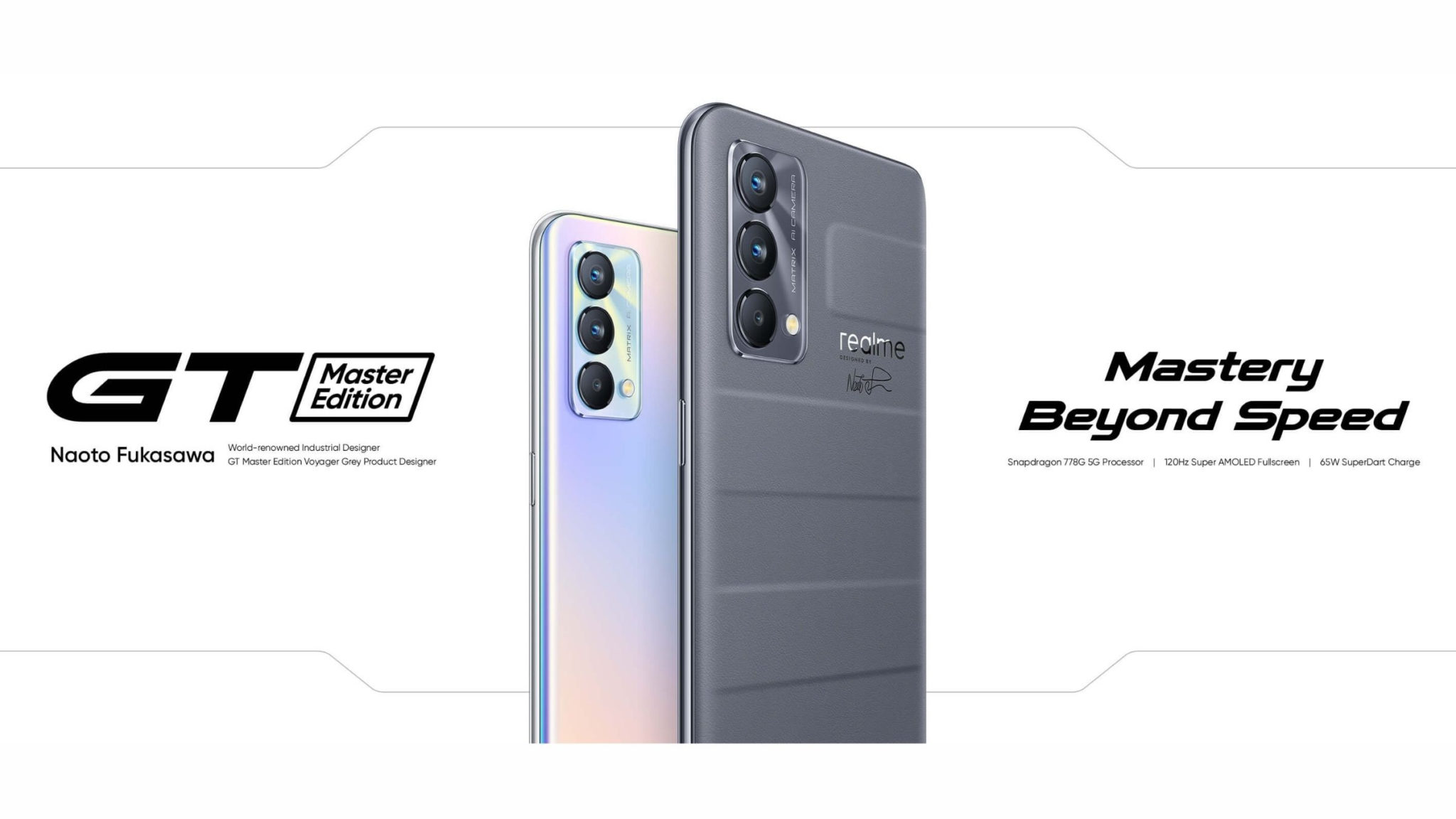 People kept asking whether the realme GT would arrive in the Philippines. realme Philippines would ultimately say that they won’t bring it to the country. That didn’t spell the end though as we WILL be getting a different GT. Enter the realme GT Master Edition!

Explore Again with Its Suitcase Design

You’ve probably seen this design floating around social media a lot. I’m personally swooning over this Voyager Grey color. In case you didn’t know, the GT Master Edition is the first GT series smartphone to arrive in the Philippines. (A lot of people were expecting the realme GT 5G to come here. Unfortunately, it won’t.)

It comes in two colors: Voyager Grey, and Daybreak Blue. The former carries the suitcase design made by world-renowned industrial designer Naoto Fukasawa! He is best known for his work with brands such as MUJI, Herman Miller, and many more. The suitcase design gets its inspiration for our desire to travel again. Said colorway is also made of exquisite vegan leather, which is the first concave vegan leather in the industry, so as to replicate the horizontal grid of the suitcase.

Don’t count out the Daybreak Blue colorway though! The inspiration for this color is dawn, and it uses Japan’s patented PICASUS technology that covers the phone in a nano-laminate coating giving it a shiny, metallic, and holographic feel. Both are slim and lightweight, with the Daybreak Blue being 8mm thin and weighing 174g. The Voyager Grey isn’t far behind at 8.7mm thin and weighing 180g.

Whichever you choose, you’ll get a high-end Samsung Super AMOLED Display with a 120Hz refresh rate and 360Hz touch sampling rate! The colors you’ll see will be more accurate than most with its 100% DCI-P3 color display.

The First in PH with the Snapdragon 778G 5G Processor!

If you’re into mobile gaming, the realme GT Master Edition won’t be a problem! This is thanks to its Qualcomm Snapdragon 778G 5G processor. (Fun fact: It’ll be the first phone in the Philippines to have that processor!) In order to help you game longer, the phone has a built-in Vapor Chamber Cooling System to keep its temperatures low. It also has 65W SuperDart Charge technology which lets you charge from 0 to 50% in 13 minutes.

A Camera for the Streets

If you think that the GT Master Edition’s cameras won’t keep up with the design, then you’re in for a treat! The rear cameras consist of a 64MP main camera, an 8MP ultrawide camera, and a 2MP macro camera. These new cameras also have a new Street Photography Mode that can quickly capture and reduce the interference of algorithms. This lets you shoot on the streets without much friction.

We also get a 32MP front camera for even better selfies! This is especially useful for group selfies where you can now zoom in and see different faces better.

When I first found out about the price, I really dropped my jaw! I expected this phone to be around P21,000-P22,000, but this price is something to behold.

What do you think of realme’s first GT smartphone in the country? Sound off in the comments!