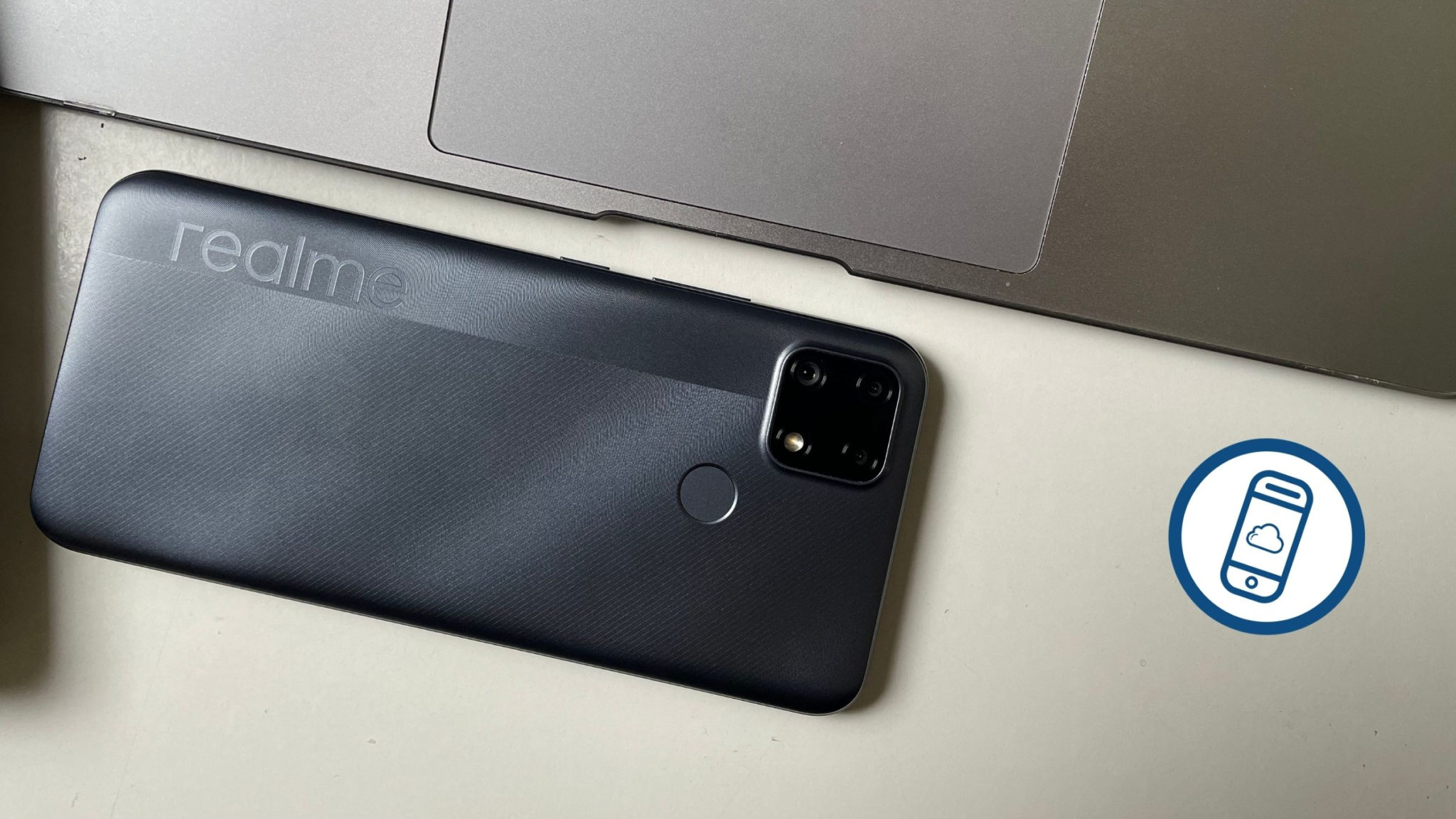 I’m fortunate to be able to review realme products since the company’s first phone in the Philippines. (Yes, I did review the realme C1. It was a pleasant surprise!) Two years later, realme became one of the top smartphone brands in the country. The company even expanded its portfolio of products to wearables and smart home devices through realme TechLife. Despite that, I feel that the C-series of phones are what put realme on the map in the country. Does this new C-series phone still embody that spirit I saw in the company two years ago? Find out in my realme C25 review.

Disclaimer: I received a review unit from realme Philippines on April 13, 2021. Been using this as my main Android phone for a week, including an out-of-town weekend trip.

I always appreciate how realme always spices things up when it comes to phone designs. Yes, the realme C25 still has a matte back. However, it has a different feel compared to even the realme 7. The C25 has the Geometric Art Design which sees a combination of a subtle two-tone look and a reflective-looking back. I personally like the look of this back more in the Water Grey color. (The Water Blue one looks okay, but seems too bright in my opinion.)

I also prefer the design of the camera module here compared to previous designs. The rounded square design makes the cameras more compact and makes the phone easier to hold in landscape mode. It also doesn’t feel as heavy despite the big battery thanks to the plastic body.

The last time we heard about TÜV Rheinland was with the realme 7 Series. That time, it was just the smartphone reliability verification. Now, the realme C25 is the first smartphone to get the TÜV Rheinland Smartphone High Reliability Certification. Thanks to the efforts of both realme and TÜV Rheinland, there is now a high-quality standard for consumer electronics and sets new industry standards for major markets around the world.

I don’t know how to really test the TÜV Rheinland certification for a short period of time. During my realme C25 review time, I did drop the phone twice and nothing much happened to it. I’m gonna get back to you once I’ve used this phone for over a month or two.

Is The Performance Up to Par?

I personally think that realme UI is one of the fastest Android skins on phones with 4GB of RAM. This is key because it’s so easy to have a speedy smartphone experience when you have more RAM. Sure, you can keep more apps in memory when you have a lot but it shouldn’t be a big hindrance to your experience.

The realme C25 comes with a MediaTek Helio G70 processor, 4GB RAM, and up to 128GB storage. (The one I’m using has 64GB of storage.) We first saw that Helio G70 processor in the realme C3 and that phone’s performance fairly surprised me despite its 3GB RAM. That’s why I wasn’t really surprised that this phone runs most apps well. Playing Mobile Legends was a nice experience for me because it was well-optimized for the chip it has.

Does the 720p Display Really Matter?

I know, I know. There are phones within this price range that offer better and higher-resolution displays. After using a lot of phones with 720p displays, I would say that I’m fine with it. That may be different for you if watching TV shows, movies, and YouTube videos is your thing. I don’t really do that too much except YouTube. I’m fine with the small dew-drop notch, but the chin below the display feels kinda outdated at this point. (cost-saving measure, but you could have done better) All in all, I’m just fine with it. The display we have on the realme C25 may be the reason the next thing is so good.

If the narzo 20 was any indication, then the realme C25 would have really good battery life. I’ve only had it for over a week, but I only charged it twice or thrice overall. There were days when I played multiple games of Mobile Legends, took a lot of photos, and watched hours of videos. During that weekend trip, I really took a lot of photos and that didn’t really kill the battery. (To be fair, there was no cell signal to speak of.) If you’re playing games for most of the day, you could maybe kill the phone. For most people, you can confidently use the C25 for a day or two.

Can The Cameras Hold Up?

One aspect where I think this realme C25 review could go anywhere would be its cameras. This phone carries a typical quad rear camera setup that includes a 48MP main camera and two 2MP cameras for macro and depth-sensing. It also has an 8MP front camera for those selfies and Zoom calls. I’ve used realme smartphones with 48MP main cameras and they were really good. Will this phone’s cameras be good too? Here are my thoughts.

Click on this link for a Google Photos album of my realme C25 shots!

This phone basically amazed me with this kind of low-light performance. It may not be as detailed, but wow getting these sunset photos was a treat for me here. There may be some color shifts, but I’m actually impressed by the quality I got in these shots.

I find it weird that the HDR on the C25’s cameras would default to make it look oversaturated. If you can see the photos above, I actually adjusted the third photo from the left so it wouldn’t look too punchy. You may prefer the punchy look and that’s fine. I’m just not into photos that almost look fake compared to real life.

It’s also very apparent in the photo of fried chicken below that colors really pop by default. In the case of food, I’m actually okay with that but not everything has to pop all the time. The photo of the building with the view below looks really good though. It makes it all the weirder that colors would be cranked up a lot.

All in all, I’m really happy that the C25 has good cameras that you can generally use on social media. I actually shot some videos which you can check out in the Google Photos album link, and there wasn’t really much to say in the video part. Colors are fine but it really can’t handle even a minor shake. You should just use it when you put the C25 on a tripod or when you’re recording a sunset.

Should You Get the realme C25?

Writing this realme C25 review made me realize something when it comes to this company. I actually felt that realme is able to bring tech that was previously seen in its Number Series phones to the C-series. Having 48MP cameras wasn’t really a norm in the budget segment a few years back. I’m really glad to see companies like realme bring all this to phones that more people can afford.

Despite being more expensive than the realme C15 at P7,490 (4GB+64GB, I think there’s a place for this phone. Having that TÜV Rheinland certification can help put people at ease when they accidentally drop this phone. Its 6000 mAh battery and 48MP quad rear camera system are good points and I find realme UI 2.0 really fast and smooth in this phone. If you’re someone who plays a lot of games, go straight for the 128GB version. You won’t regret it.

The realme C25 may not be the best at a specific thing, but it’s really good at being a balanced overall package.