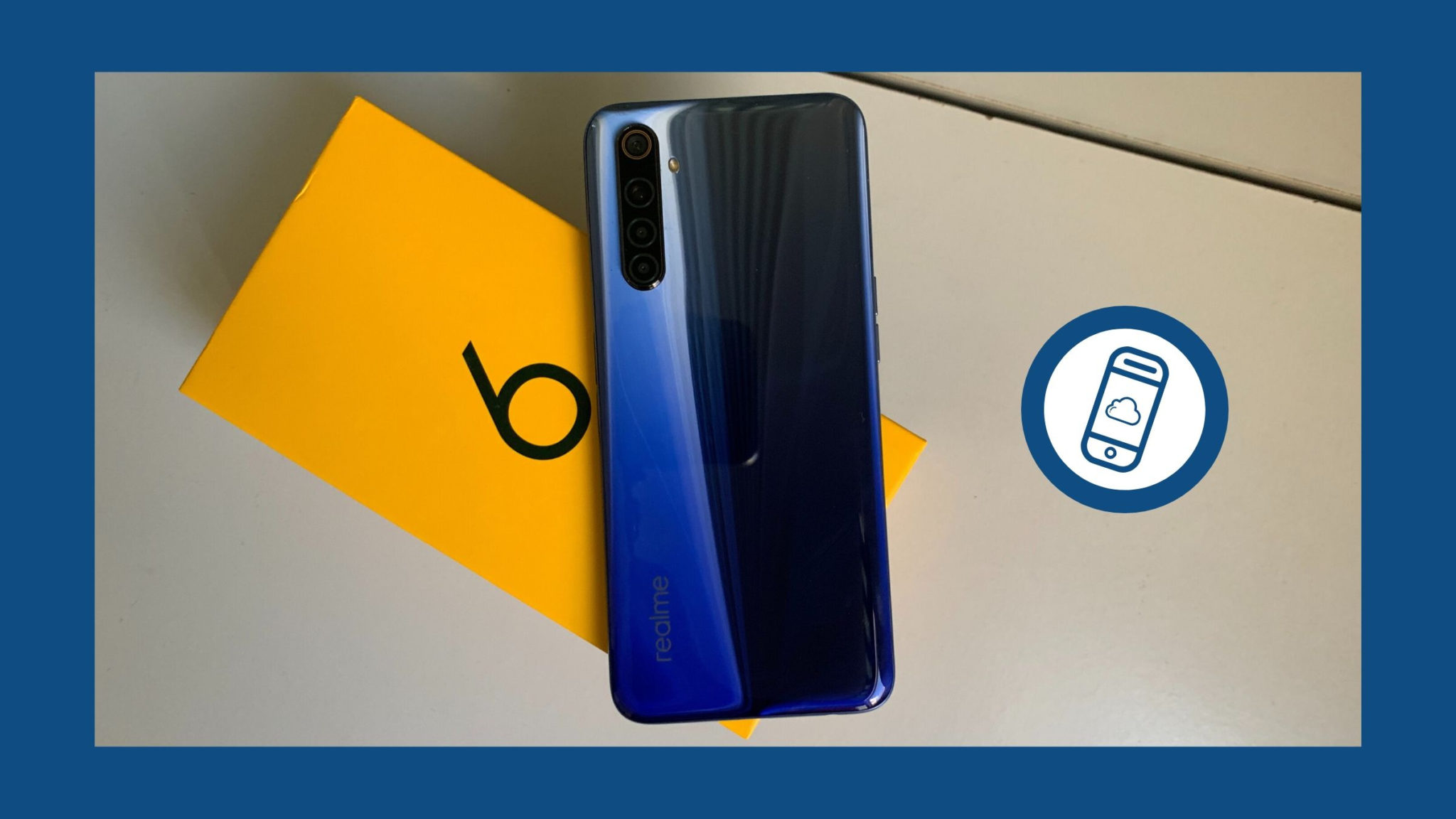 realme keeps bringing the value proposition to the NEXT LEVEL with its smartphones. It became more apparent this year with the launch of the realme 6 Series. Despite being the middle of the whole series, I feel like this phone will steal the show. This is my realme 6 Full Review.

Does The Comet Design Hold Up?

I just want to get this out of the way early. One of the things that makes realme popular is the eye-catching designs on their phones. Sometimes I think whether it’s good that they keep changing the design so often. Clearly I’m still a sucker for it and the Comet Design on the realme 6 is stunning to say the least.

What I have with me is the Comet Blue color. (You could also get it in Comet White.) I love the way that they manage to give a different kind of lighting effect on each back of a realme smartphone. Unlike the Sunrise Design which had a matte feel, this had a glossy back which meant a lot of fingerprints on this. As much as I like looking at it, it’s a hassle to wipe the smudges more often than not.

Besides that one detail, it’s one of the more beautiful designs in the whole lineup so far. (I’m staring at unboxing videos of the realme 6 Pro that it’s not even funny.) The build quality is really solid and the buttons feel clicky to me. It almost feels like I’m holding a flagship phone in my hands.

Side Note: The Button Placement

One thing I noticed though is that they moved the buttons on the realme 6 to be lower than the realme C3 and realme 5i. This threw me off a little bit when I first used the phone but I got used to it after a day.

Seriously, This 90Hz Display Spoils Me!

When high refresh rate phones started coming out, I was really skeptical even before this realme 6 full review. You could make an argument that a good 60Hz display is as good as any 90Hz display out there. I WAS DEAD WRONG.

The realme 6 has a 6.5-inch IPS LCD display with 2400×1080 resolution and 90Hz refresh rate. If you told me a year ago that we would be getting a feature like this on a midrange device, I would laugh SO HARD.

Seriously, this display is AWESOME. It makes the UI and scrolling through social media really satisfying! As a newbie with this whole high refresh rate thing, I AM COMPLETELY SOLD. I get why high-end phone makers still hold off on doing this, but they better start putting them now. I am super glad that this feature even exists in a phone like this.

Can The MediaTek Helio G90T Game?

I purposely put that AnTuTu benchmark results shot up top. This made it clear to me that the realme 6 CAN really game! Thanks to the MediaTek Helio G90 processor in this phone, you can basically throw any game at and it will do well.

For example, HFR Mode is already ON for Mobile Legends. I didn’t really have any issue with the games I played. (Mobile Legends, Asphalt 9, Plants vs. Zombies 3) It also helps that it has the Game Space feature to remove any distractions while playing games!

The realme 6 I’m reviewing has 8GB of RAM and it’s working wonders for me. Especially the fact that it’s running realme UI on top of Android 10. With that high refresh rate display and the snappiness of the UI, I’ve had a really great experience using this phone. IT’S NUTS. Your experience may be slightly different if you get the 4GB RAM base model.

My first experience with this technology was when I reviewed the OPPO F9. That made me want faster charging on all my devices so much! (I even bought multiple fast charger adapters for my phone!) I’m glad it finally arrived to a “non-Pro” device with the realme 6.

When I got the phone, I immediately drained it to 0% to test how fast the charging is. The phone charged the 4300 mAh battery from 0 to 100 in 58 MINUTES! Need I say more? Not that I have to charge this often though. The battery life on the realme 6 lasts me a full day! That consists of social media, watching YouTube, and playing games. You can even stretch this to a day and a half if you have a lighter usage.

I also wanted to note that I only charged this phone three times throughout the time I’m using it.

I saved this section of the realme 6 full review for last. I wanna get deep into the photos I took off of the quad rear cameras on the realme 6. The rear cameras consist of: a 64MP Samsung ISOCELL GW1 sensor, an 8MP wide-angle sensor, a 2MP portrait sensor, and a 2MP macro sensor. We can kinda brush off the last two sensors because those were present since the realme 5 Series.

NOTE: Click on the photos for full resolution versions!

I wanted to tackle the notion of having a 64MP mode. By default, the realme 6 takes 16MP shots through 4-to-1 pixel binning. The advantage of that is getting more light for even better photos. You really don’t need to use the 64MP mode in most scenarios. It’s just fascinating that we can even take 64MP photos on a phone.

How Are The Photos?

Photos taken on the realme 6 cameras are really sharp and detailed. You can see the improvement of the image processing paired with that good sensor. Colors tend to be a bit on the warmer side, but it’s pleasing to my eyes.

You can see in the next 2 photos below that the 2x zoom is actually good! I can clearly see the detail on that Starbucks Drive-Thru signage. It tends to get weird sometimes with how it handles the varying degrees of green. (See the tree and the grass patch beside the car.)

Yeah yeah, I used the same photos here as with the first impressions. Super Nightscape Mode 2.0 is already good enough for me in most low-light scenarios. The result doesn’t look too fake for me so I know I can rely on it.

Although it can look distorted at times, I always have fun using the wide-angle sensor! It helps me capture more of the scene without having to move farther away. I wish I could use it for better scenery like the beach, but we can’t do that right now.

This shot is my absolute favorite! Despite it using the macro lens, it retains much more detail thanks to the image processing. It also makes the egg tart here more appetizing. Wew, I’m hungry! Haha.

Moving to the Front Camera!

Unlike the realme 6 Pro, we only get a single 16MP front camera. For the most part, it takes selfies so well. You can see the shots I took with the front camera below!

I feel that there is some beauty processing going on even if the beauty mode is off. Sometimes that makes my lips look pinker than it is. I wish I had the option to just have a natural mode but that’s just me.

The front camera can handle group selfies as well! I appreciate the fact that it can keep skin tones as accurate as possible. (Although I look redder here… Hmm.)

Although I have sample video of both the front and rear, I’m saving that for my upcoming video review! (Go subscribe to my YouTube channel for that one.)

If this phone costed around P20,000, then I wouldn’t be as forgiving. But the realme 6 STARTS at P11,990 for 4GB RAM and 128GB storage! Yes, this is the successor to the realme 5 Pro but it feels like a BIGGER JUMP to me. I am out of ideas as to how realme managed to cram in THIS MUCH PHONE at that price point! I’m still AMAZED that we’re living in this time right now.

The 90Hz refresh rate and the 64MP main camera ALONE make the realme 6 a very compelling mid-range smartphone. I know of a phone that just came out and even that lacked the high refresh rate this offered. If you told me that this was the Pro version, you might as well fool me. This, to me, definitely gives REAL VALUE.