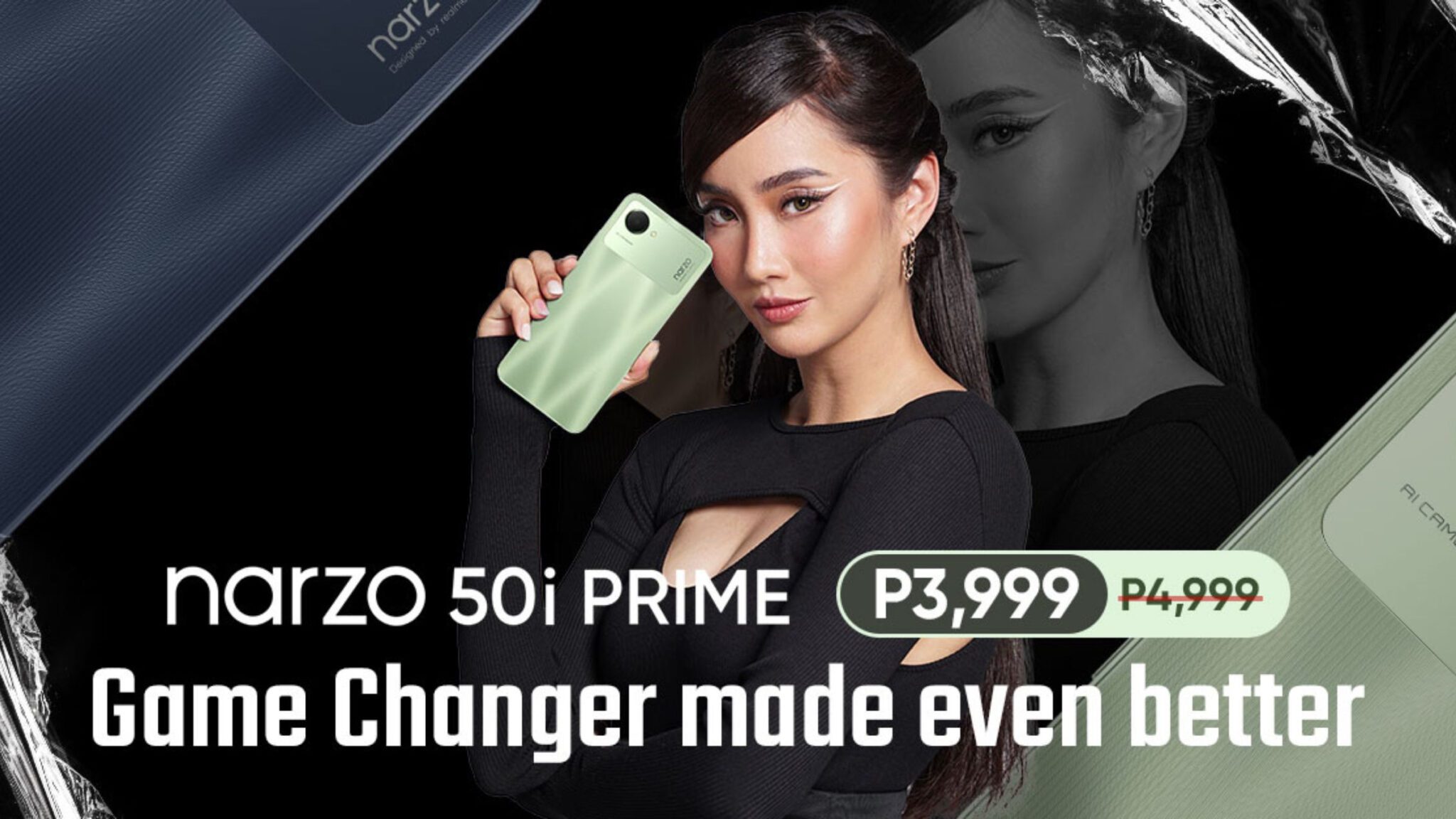 As September draws to a close, narzo Philippines has a special deal for us Filipinos! The company is bringing a limited-time PRICE DROP to the popular narzo 50i Prime! According to them, this phone holds a back-to-back sold-out milestone on Lazada and Shopee during its initial release. They also said that it is the bestseller on TikTok and at physical narzo kiosks.

From its SRP of P4,999, the narzo 50i Prime will retail for P3,999 starting September 30! This offer is available across online and offline platforms nationwide. If you’re quick on the pulse, you can get this phone through Lazada for just P3,799 valid only on September 30 starting 12MN!

Standout Features of the narzo 50i Prime

Even at its SRP, the most affordable phone in the narzo 50 Series brings a really competitive price-to-specs balance for its segment. It uses a Unisoc T612 processor paired with 3GB of RAM and 32GB of UFS 2.2 storage. That combination really helps in the snappiness of the user experience and gaming performance. A big 6.5-inch HD+ IPS LCD display gives you more space for watching videos and playing games.

Another standout feature is having microSD card support up to 1TB! This allows you to store a lot of music and app data. The narzo 50i Prime runs realme UI R Edition, based on Android 11, which is one of the cleanest and most intuitive software skins on the market. It also has this cool Vertical Stripe Design that comes in two colors: Dark Blue and Mint Green.

narzo takes its pride in aftersales support and its growing community. This is thanks to its shared heritage with realme. This ensures that you get the same level of quality and overall user experience, even at a budget-friendly price point.

Will you be taking advantage of this sweet deal on the narzo 50i Prime? Sound off in the comments!