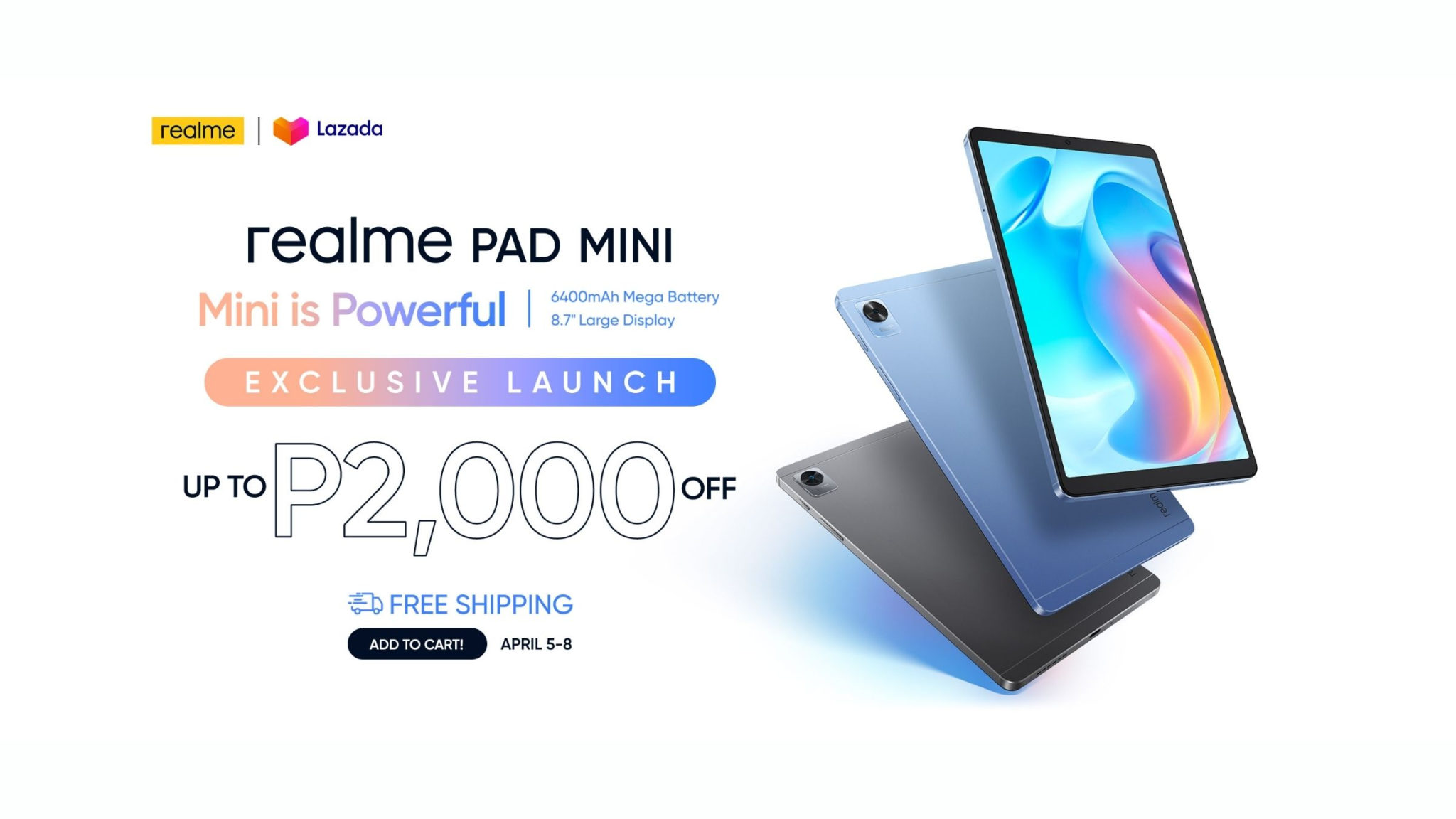 Get the realme Pad Mini in Lazada!

Despite being a small tablet, this device has a lot to offer! It has a 7.6mm Ultra Slim Design that makes it easier to hold in one hand. Even with that size, you get an 8.7-inch Large Display which makes watching Netflix and YouTube videos more enjoyable. You can pretty much do that without carrying around a big bag for this tablet.

Besides the screen, the realme Pad Mini has a lot of features including the Unisoc T616 processor, an 8MP Ultra Wide-Angle Rear Camera, Dual Stereo Speakers, and a 6400 mAh battery with 18W quick charge. This tablet supports up to a 1TB microSD card so you can store more of your photos and videos! You can get it in two colors: Grey and Blue, and in two models initially: 3GB RAM + 32GB storage with LTE, and 4GB RAM + 64GB with LTE. There will also be a 3GB RAM + 32GB storage with Wi-Fi model later this month.

Published in realme, Tablets and Tech