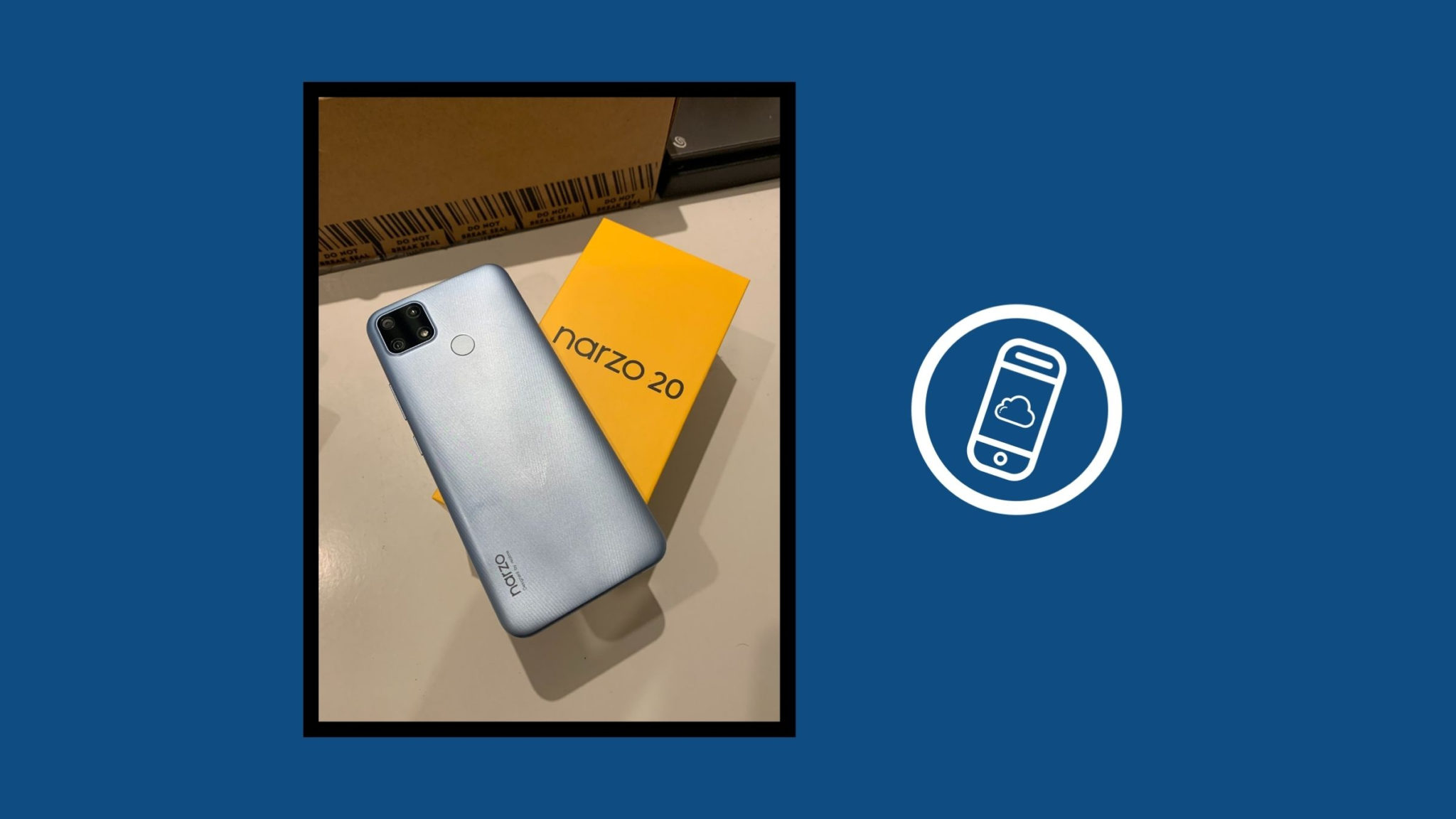 realme recently launched its first smartphone in its narzo sub-brand, the realme narzo 20, last November 5. I really took my time to do this review since I got this later than I should. (That’s okay! Goes with being a tech blogger in Cebu.) With that out of the way, here’s my realme narzo 20 review!

I’m not gonna get too deep into what’s inside the box. It has the usual guides in the small box (no free jelly case though). You also get an 18W power adapter and a USB-C to USB-A cable.

Felt The Power of Victory!

I’m glad that the narzo 20 has a matte back. The last time I had a glossy back on a realme phone, it would get scratches after a few months of use. (I don’t use the included jelly case.) This V shape I see on the back is a really nice touch. realme says that the V design here stands for Victory, and its design really exudes said victory.

Thanks to how narrow this phone is, I can easily hold the narzo 20 with confidence. (Bear in mind that I have big hands.)

Of course I wouldn’t test the performance on a realme smartphone without playing some games! This is especially true with my realme narzo 20 review since realme’s target for this phone is for mobile gaming.

I got to play a full hour’s worth of games including Mobile Legends, League of Legends: Wild Rift, and Asphalt 9. During that game session, it wouldn’t get too hot. It was only after the phone downloaded 5GB worth of updates for Genshin Impact that it got too hot. I decided not to run an AnTuTu test here since I didn’t expect this phone to be a slouch despite its price.

To put more focus on Mobile Legends though, I got the same settings that I got on the realme 6. I didn’t experience any dropped frames while playing on those settings, so the narzo 20 really delivers on that front.

A Small Aside For The Display

I’m not gonna go too much into the display for this realme narzo 20 review. With a 1600×720 resolution and a minidrop notch, this phone really doesn’t move the needle too much. Good thing it has a big 6.5-inch display that’s good enough for social media browsing and watching videos.

I almost forgot to mention this, but the realme narzo 20’s biggest strength is its battery life! For starters, it has a HUGE 6000 mAh battery! That alone doesn’t mean great battery life but it gives you a big headstart that way.

The reason I forgot it was because of how much I didn’t really worry about its battery life! Trying to kill it in a day is practically impossible for me. I watch YouTube a lot these days (tech videos are getting longer) on top of the usual social media, music, podcasts, and occasional mobile games. As much as I like those big batteries on gaming phones, I love having them on affordable phones like the narzo 20.

Where Have I Seen This Camera Layout Before?

If you think you’ve seen it before, then you’re right! The last time we saw the realme narzo 20’s rear camera layout was in the realme C11. I actually liked that layout and I’m glad this phone has it too. We have a triple rear camera system on the narzo 20: a 48MP main camera, an 8MP ultrawide camera, and a 2MP macro camera. Besides doubting that macro camera, I’m sure that I could get some decent to good shots.

Here are shots I took using the realme narzo 20!

I just noticed while writing this review that the colors get inconsistent when enabling HDR. This may be a thing with phones using non-Sony sensors but I’m not sure. (I’ll get back to you on that one.) Besides that quirk, I’m liking what I’m seeing so far.

In the next photos, I used Night Mode. I feel that you need adequate light outdoors to get better results. (I’m planning to share some photos of my recent vacation that highlights this soon!)

When you do have enough light, the realme narzo 20 can flex its 48MP main camera really well. There is enough detail in the photos without washing out the colors (given the right exposure).

Since the narzo 20 doesn’t have a dedicated telephoto camera, it only has up to 5x digital zoom. I find the 2x zoom photos pretty decent but not the 5x ones. The wide angle camera is probably the best addition to a multi-rear camera system in a phone and seeing it in the narzo 20 is awesome!

It became more apparent when taking zoom shots indoors that the quality would go down in 5x. I really think smartphone makers should reconsider what cameras they include in their phones, especially those that cater to a specific use case.

Despite the qualms I had with some aspects, I find the narzo 20’s camera to be good enough for most people. The camera app was basic enough for people to use and the options didn’t feel too overwhelming.

It’s not my first go-around with realme UI. (My first one was with the realme C3.) The best thing about realme UI is how smooth it is even with relatively entry-level hardware! (The C3 had 3GB of RAM.) I just wanted to highlight this in the realme narzo 20 review because it bears repeating. The UI is snappy and there’s not a lot of software bloat that comes with the skin. I also like how Dark Mode is on realme UI compared to Samsung’s One UI.

My one hope is that more lower-end phones get realme UI 2.0 based on Android 11 next year.

I almost thought that realme already moved on from its bang-for-your-buck beginnings thanks to both the realme C series and the realme 7 series. It almost felt like they were becoming the norm. At P7,990, the realme narzo 20 keeps that spirit alive. With its fast MediaTek Helio G85 processor, a big battery, good cameras, and a design that really stands out, it makes a BIG statement compared to other phones in its price range.

Although this is the only narzo smartphone to arrive in the Philippines this year, I feel that this shouldn’t be the only one.