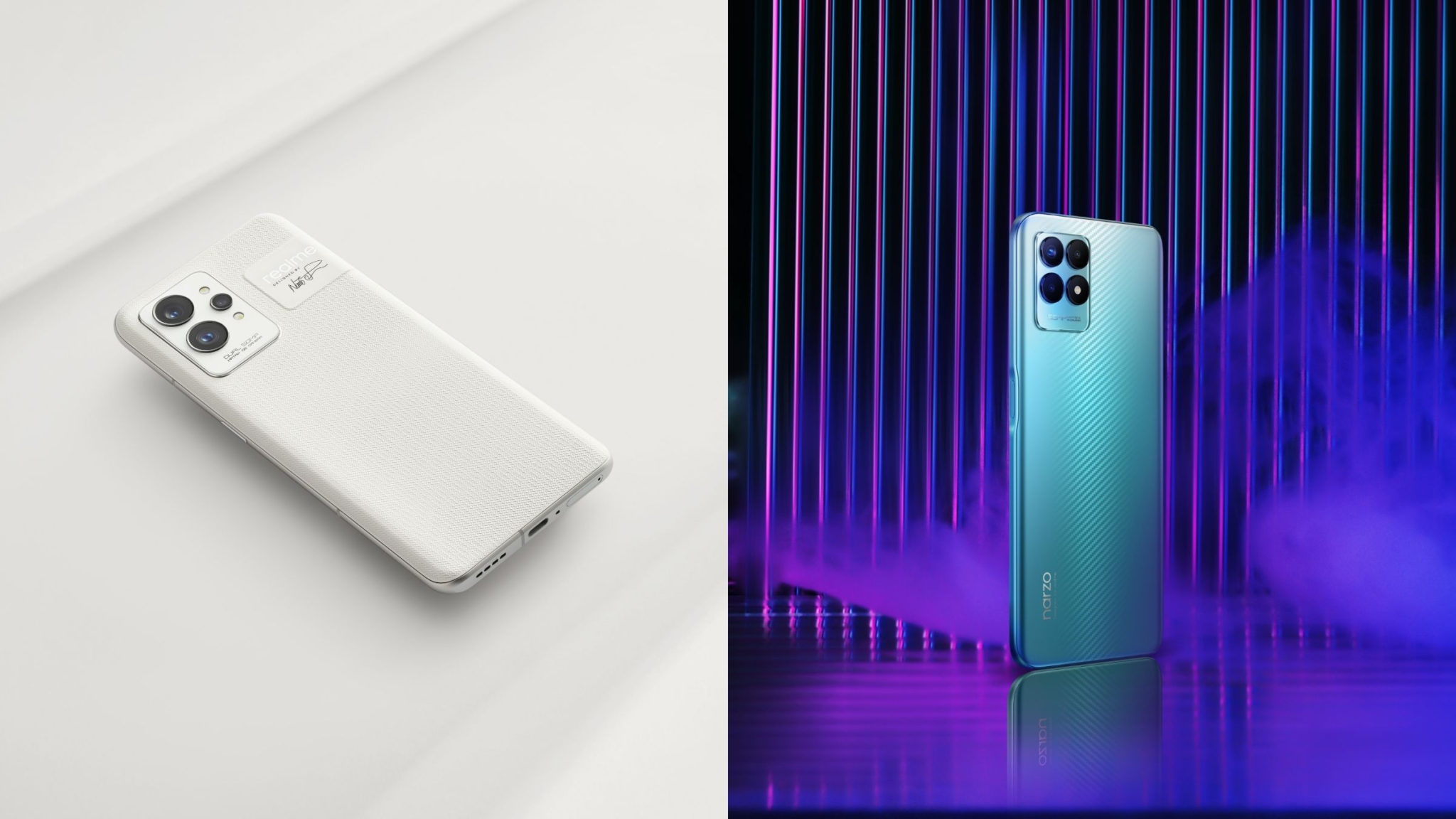 After making its global debut at Mobile World Congress 2022, realme globally launched its most premium flagship smartphone: the realme GT 2 Pro. This is alongside two new additions to the narzo series: the narzo 50 and the narzo 50A Prime. Unlike previous launches, these three phones will be available for us in the Philippines! They will be available through the online realme Global Store in Lazada and Shopee.

The realme GT 2 Pro aims to be the company’s most premium flagship yet. Bringing all of its latest innovations in design and technology, this phone has a lot going for it. It has the latest Snapdragon 8 Gen 1 processor, the Stainless Steel Vapor Cooling System Max, and a 5000 mAh battery with 65W SuperDart Charge.

The GT 2 Pro carries the World’s First 2K AMOLED Flat Display with LTPO 2.0 technology. Called the Super Reality Display, it starts with a 6.7-inch E4 AMOLED display that has a 120Hz refresh rate. With over 4.5 million pixels and 525 pixels per inch, it’s a display that’s a sight to behold.

Not only does the GT 2 Pro perform so well, it also looks so good! realme didn’t pull any punches when it comes to its design. The company collaborated with world-renowned industrial designer Naoto Fukasawa once again to create another world’s first. This phone has the industry’s first bio-based polymer design inspired by the concept of paper art. Aligned with an eco-friendly design philosophy, the GT 2 Pro’s back is made of sustainable Sabic bio-based materials extracted from renewable raw materials such as paper pulp and fallen leaves.

This phone also has a triple rear camera system that features a 50MP main camera with the Sony IMX766 sensor, a 50MP ultrawide camera with a 150° field-of-view, and a 40X micro-lens camera.

Alongside the GT 2 Pro, realme also launched two new phones in the narzo series: the narzo 50 and the narzo 50A Prime!

The realme narzo 50 brings a lot of features to an entry-level phone that we usually see in mid-range phones! This phone has a MediaTek Helio G96 processor (also in the realme 8i), a 6.6-inch IPS LCD display with a 120Hz refresh rate, a 50MP AI Triple Camera, a 5000 mAh battery with 33W Dart Charge, and Dynamic RAM Expansion up to 11GB.

If you want a more stylish entry-level phone that still packs a punch, there’s the realme narzo 50A Prime. It has an ultra-sleek dynamic glowing design, a Unisoc T612 processor, a 5000 mAh battery, and a 50MP AI Triple Camera.

Are you getting any of these phones? Sound off in the comments down below!