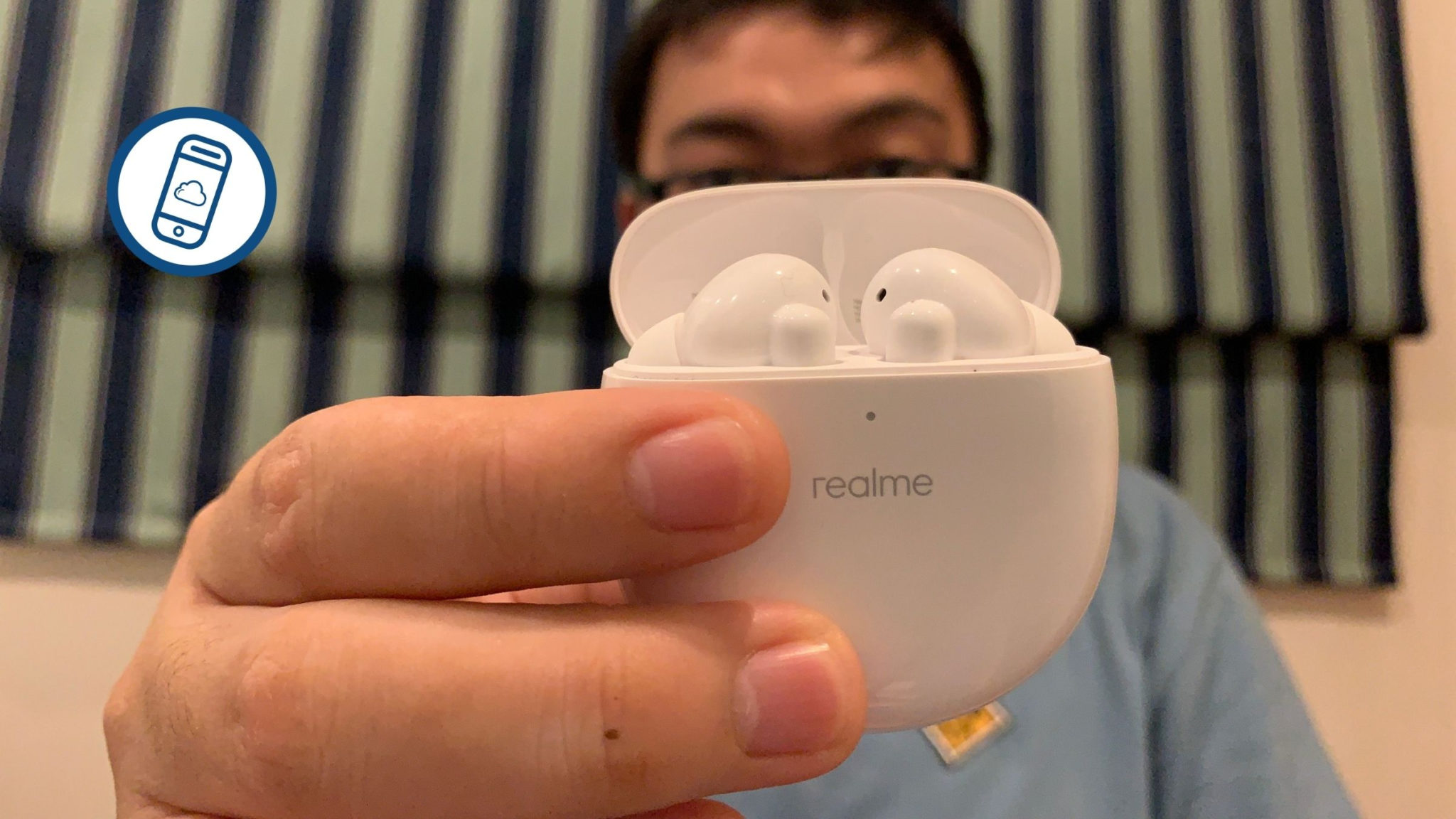 I’ve been featuring realme AIoT products on this blog for some time now. That includes the realme Buds Q and the two that are more health-centric (the realme Smart Scale and the realme M1 Sonic Electric Toothbrush). As much as I liked the Buds Q, I wanted better sound quality and those didn’t fit my needs very well. Meet the newest pair of TWS earbuds from realme: the realme Buds Air Pro!

I’ve had it for a week now and I can confidently say that these earbuds are a wonderful surprise! I didn’t think I would get anything like this at its price point.

It punches well above its P4,990 price tag thanks to its great Active Noise Cancellation and long battery life. I can wholeheartedly recommend this to anyone with an Android phone! (More on why that is in the review.)

If you wanna know why I said that, read on!

A Small Aside for the Name

I didn’t really wanna bring this up, but I just have to. The name realme Buds Air Pro is a mouthful. The inspiration for the name is fairly obvious, but I completely understand why realme went for it. I just wish they went for a simpler name though.

In a surprise to absolutely no one, we get another yellow box which has everything you see in the photo on the left. I love that the Buds Air Pro comes with a yellow charging cable. At least people will know exactly what realme’s color is.

The realme Buds Air Pro comes in two colors: Soul White (this one) and Rock Black. Its design really reminds me of a flat and smooth rock. I got worried it would easily slip from my hands but it’s a fine size for the most part. There are even times where I used it as a fidget spinner when opening and closing the case.

On to the earbuds themselves! The Buds Air Pro looks like a grown-up realme Buds Air with custom ear tips. The said ear tips come with the earbuds and have 4 sizes. Since the tips on the earbuds already fit me well, I initially didn’t try to change it out. It’s kinda to swap out though.

The touch controls were okay, but I would tend to miss the touch area sometimes. Maybe the next version can have a larger area for that? But for its price? It’s at most a nitpick.

Of course, the marquee feature of the realme Buds Air Pro is its ability to do Active Noise Cancellation (ANC). In case you’re not aware of this tech, it’s the ability of the earbuds to generate an equal yet the inverse of the sound.

I’m not even gonna dilly dally here: the ANC on the Buds Air Pro is GREAT. It activates as soon as I wear them. It also has Transparency Mode where you can hear ambient sound while using the earbuds. The ANC is more noticeable with consistent sounds like the air conditioner. When you have Netflix playing on the TV nearby though, you can still hear that even with ANC although not as clear.

I don’t think realme would have achieved this without its realme S1 chip. The said chip enables a more stable Bluetooth connection and great ANC without sucking up a lot of battery. I wanna test the dual noise-canceling mics thoroughly since I usually don’t call a lot. Check back here for my long-term thoughts on the mics.

For context, I’ve tried all the truly wireless earbuds that realme has to offer. I need to say this because the realme Buds Air Pro REALLY sounds good. I mainly used these earbuds to listen to music on both Spotify and Apple Music. There was also a day where I listened to a podcast to get a sense of ANC in that context.

Whether it’s the seal made by the earbuds themselves or the 10mm Bass Boost Drivers in them, they contribute to a very good sound for me. I didn’t notice a big difference with the Bass Boost+ functionality, but it could be noticeable with more bass-heavy songs.

Another great thing about my experience with the realme Buds Air Pro is its battery life. I’ve had these for a week now and I HAVE NOT CHARGED THEM YET. To be fair, my usage would be about 1-2 hours a day but still. Products out of the box aren’t fully charged which adds to how impressive this is!

realme claims to have 25 hours of battery life on the Buds Air Pro. (You get 20 hours with ANC ON) Based on my week with it, I tend to believe those claims.

The realme Link App Has It All!

Another aspect that makes the realme Buds Air Pro (and by extension, every realme wireless audio product) is the realme Link app. You can set up the earbuds with the app and change what actions are done when doing either the double-tap or triple tap. Some of the actions include summoning Google Assistant and moving to the next/previous track.

In the app, you can also set as to which of the noise control modes you can use through the buds themselves. I just stuck with the default of Noise cancellation and Transparency.

I like the fact that you don’t need a realme smartphone just to take advantage of what realme Link has to offer. As of this writing though, the realme Link app is only on the Google Play Store. realme Philippines tells us that there’s an iOS app currently in testing.

Final Verdict: Should You Get The realme Buds Air Pro?

If you somehow manage to finish reading this review without reading the TLDR, then here’s my answer:

Despite its flaws, I can almost forgive all of those if it means I can get it for P4,990. There’s no contest in this price point. I applaud realme for making the effort of bringing Active Noise Cancellation to more people with these earbuds. I can even say that they’re just as good as the competition that’s almost 3x the price!

If they just make that iOS app available as soon as possible, then the unthinkable can happen: I can now recommend it to people who are in that camp but can’t stomach the cost of the accessories over there! That’s really saying something coming from a person who’s really deep into that ecosystem.

What do you think of the realme Buds Air Pro? Will this be on your online shopping cart? Sound off in the comments!