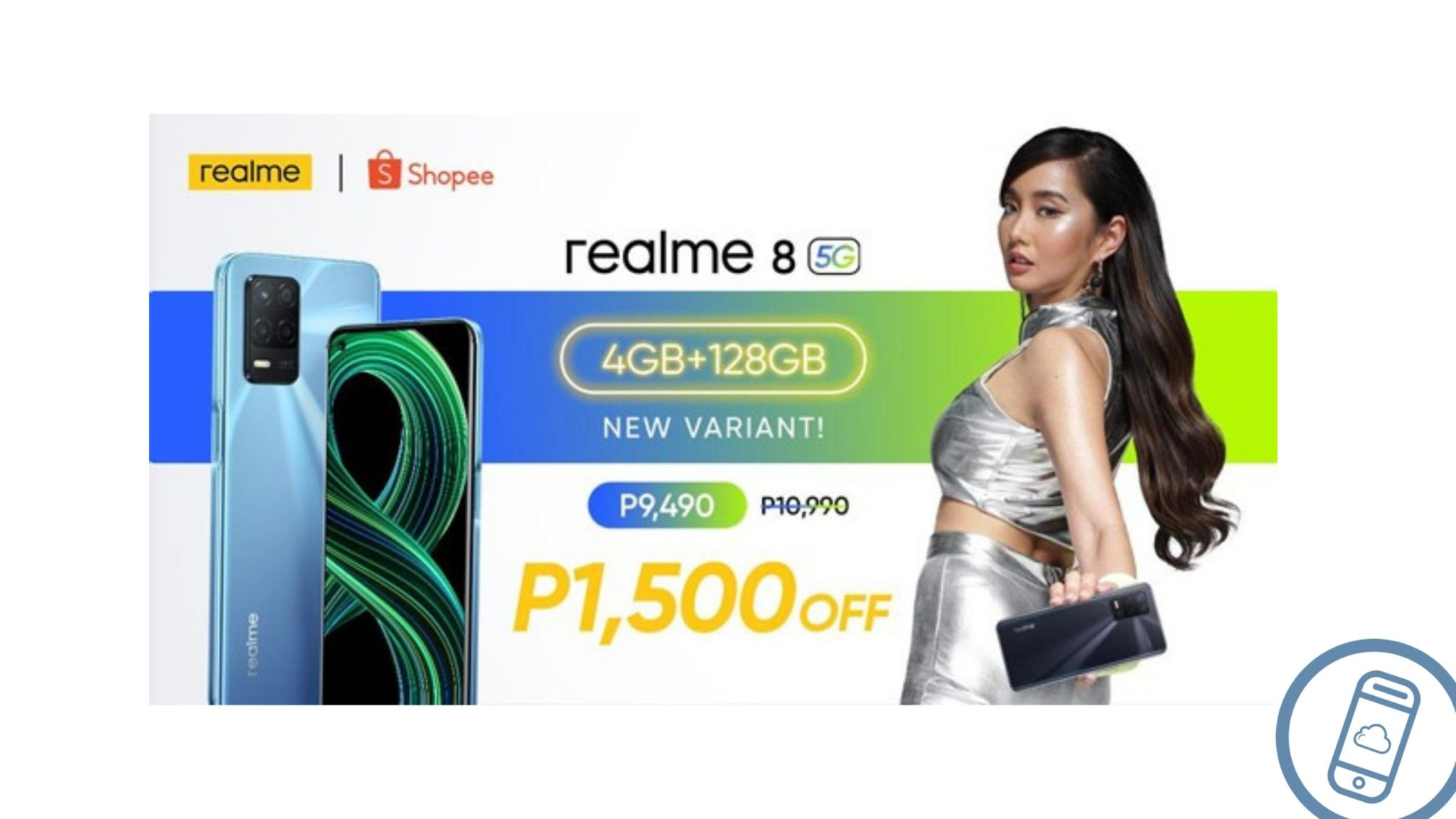 Shortly after the company launched the realme 8 5G, realme is bringing a more affordable 4GB+128GB variant! The company recently announced the success of the phone’s launch. The 4GB variant has an SRP of P10,990 with an early bird price of P9,490 (a P1,500 discount) exclusively on Shopee!

The 4GB variant has the same features that made the realme 8 5G sell out during its e-commerce launch! The star of the show is the MediaTek Dimensity 700 5G processor that enables 5G connectivity in more affordable phones. Powering this phone is a 5000 mAh battery with 18W Type-C quick charge, and has a 6.5-inch Full HD+ 90Hz refresh rate display. You can also take good photos with it thanks to its 48MP Nightscape rear camera and a 16MP front camera. This phone comes with realme UI 2.0 based on Android 11. It comes in two colors: Supersonic Blue, and Supersonic Black.

In addition to its availability on Shopee, the realme 8 5G 4GB + 128GB will soon be available in nearly 600 realme stores and over 4,000 partner dealers nationwide. Check back here or on realme’s social media channels for updates!

Earlier this month, realme also launched a new addition to its C-series: the realme C21Y!

This is another realme smartphone with the TÜV Rheinland High Reliability Certification that we first saw in the realme C25. It also features a massive 5000 mAh battery, an Octa-core 12nm processor, a 13MP AI Triple Camera with Super Nightscape feature, and a 6.5” HD+ mini drop fullscreen display.

The realme C21Y comes in two colors: Black and Blue, and is available for P6,490 for the 4GB+64GB variant, and P5,990 for the 3GB+32GB variant. Both are available on realme’s official flagship store in Shopee and Lazada. As an exclusive offer on Shopee, both variants will be available at P500 OFF on July 15 during the Mega Payday Sale.