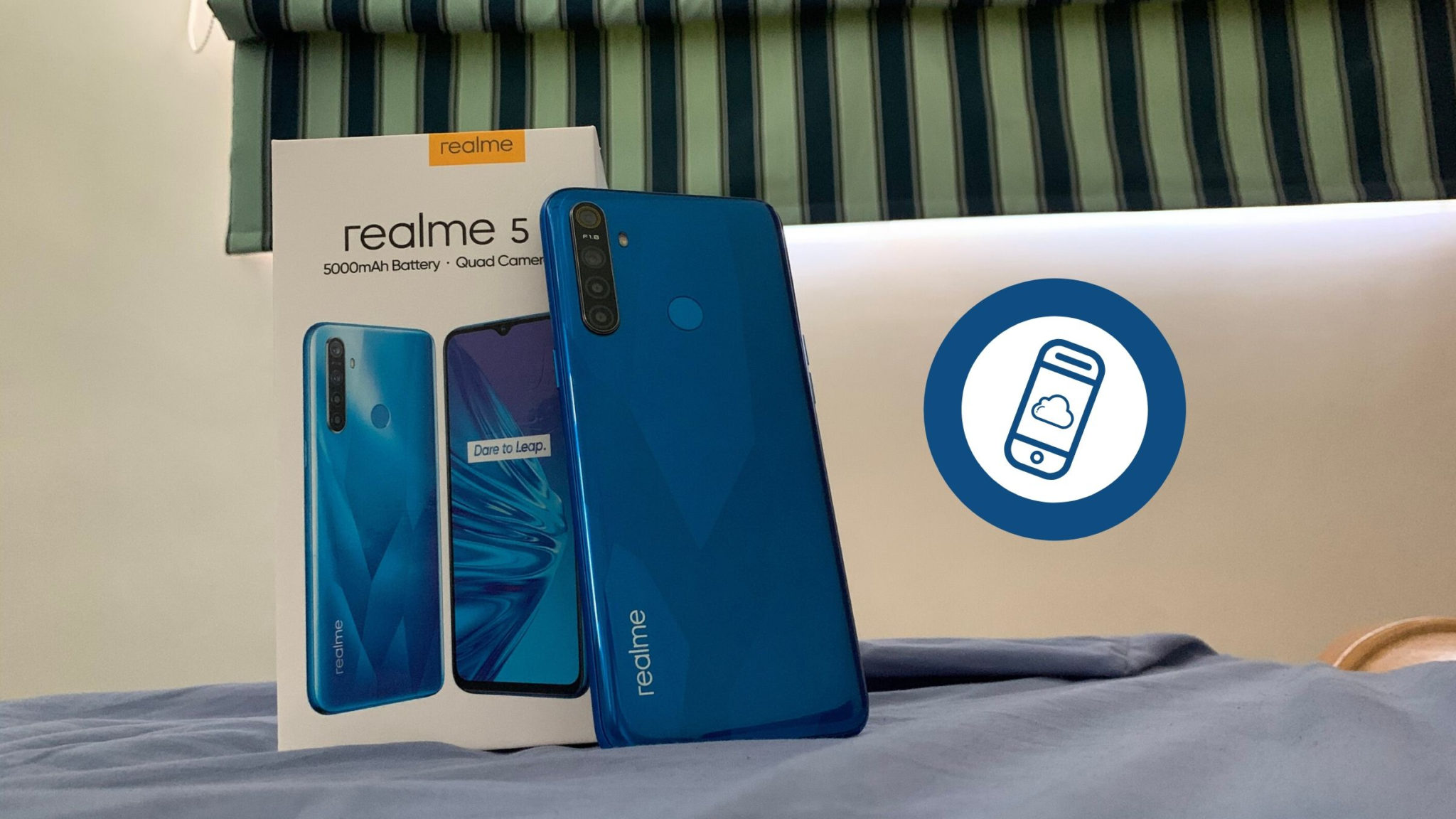 For a brand that started just over a year ago, realme made a big leap (pun not intended) in 2019! It released 6 smartphones just last year! (I’m not counting C2 2020 since it’s basically a RAM upgrade.) One of those smartphones is realme 5. There’s a lot going for it, mainly the four rear cameras and the big 5000 mAh battery. Is this smartphone banking on just these two or is the sum of its parts just better? Find out in my realme 5 review!

How I’m Using It

Before starting the realme 5 review, it’s best for me to make some changes in how I do reviews. Before starting each review, I share a bit of a backstory on how I use the device when reviewing it.

I’m not gonna lie. I really take time in doing phone reviews these days. I’m currently a victim of ecosystem lock-in for most of my personal stuff. That’s why my main phone will always be an iPhone: currently an iPhone XR. Ever since I took this seriously, I make an effort to always carry an Android phone with me. It actually serves as my constant backup phone.

I’ve always had phones with boring backs. There’s an advantage to that in the form of changing it up through skins or cases. Sometimes you don’t like the bulk that comes with the case though. It’s a good thing that realme’s smartphones look good right off the bat!

The realme 5 comes in two colors: Crystal Blue, and Crystal Purple. I got the blue one because the purple on this phone is too dark for me.

When I first saw the realme 5 in person during their Cebu media roundtable, I almost got put off by how tall it is. I had the realme 3 at the time and it really felt like a bulkier phone. It didn’t help that the glossy back made me ALMOST let go of the phone! (Fortunately, nothing bad happened. Whew!)

Fast forward to two months later and I’m mostly used to the size of the phone. I mostly went caseless since I found the included jelly case too finicky. The back of the realme 5 doesn’t feel like plastic at all. Having the rear fingerprint sensor is really convenient. I mostly got through the table problem by putting the back on display. (Smartphones these days have pre-installed screen protectors so I’m more at ease.)

The slight curve on the sides helps with gripping the phone. I dropped it a few times only because I tend to do that while using the phone in bed. The buttons feel really clicky so I don’t worry about non-responses.

Even before doing this realme 5 review, I already knew how I feel about its display. Yes, it’s just a 720p display but its notch is even smaller than the realme 3. The display is bright enough in most scenarios. Like most phones at this price point, it tends to struggle under bright sunlight.

I didn’t wanna start with a downer in this section but it has to be said. It sucks that realme stuck with micro USB for the realme 5 though. Even its competitor at this price range managed to put USB-C. I would understand if this phone had fast charging but that’s not the case either.

Not that it even matters how often you charge though. This phone has a 5000 mAh battery. It’s nuts as to how long this lasts for me. If I use this as much as my usual phone, then it can last a day and a half of use! It includes moderate web browsing, watching YouTube, and checking Facebook and Instagram. If my usage is lighter than that, it goes up to 2 days.

The realme 5 is basically snappy enough for daily use. Thanks to the Qualcomm Snapdragon 665 processor, I can confidently rely on the phone for most tasks. The 3GB of RAM was another thing that concerned me going into this. Yes, I would experience the occasional hiccups (particularly when Facebook wants to act up once in a while). For the most part, I don’t really experience major issues while using the phone.

The main highlight of this realme 5 review is its cameras. YES, CAMERAS. If it isn’t obvious with the photo above (and basically every other photo of the back), the realme 5 has four rear cameras!

Before getting into those rear cameras though, I’d like to give some love to the front camera!

For a smartphone that costs P7,000, I love the quality of the shots taken with its front camera! It helps that the realme 5 has a 13MP front camera with f/2.0 aperture. As we all know by now, the specs are only part of the story.

Overall, I love the colors that come out of the front camera of this phone. It’s NUTS that you even get this kind of quality in a phone costing less than P10K! The yellow on my shirt is as close as it can be to the actual color. I also appreciate the wider field of view that lets me take awesome group shots like this!

I love how the faces tend to be clear even though I just tapped to focus and shoot! There’s even a nice balance between the sky, all the green, and the faces.

Okay. Let’s get into the stars of the show: the realme 5’s rear camera! I’m not gonna go into too much detail for each camera but all I’ll say is this. THANK GOODNESS THAT REALME DID THIS!

Just having the flexibility of having ALL FOUR CAMERAS at the back for less than P10K is BANANAS to me! I wouldn’t have thought that the value proposition would increase this much 5 years ago!

This is probably my favorite shot taken by the realme 5. I love how it really shows the sun while still managing to see some of the buildings in the front.

I also tried the zoom capabilities of this phone. 2x Zoom photos are usable, but I wouldn’t be using 5x at all. Seems weird that they would include this mode, but at least it’s there.

Chroma Boost is a feature where it enhances the colors of the photo. See for yourself whether the effect works for you or not. I personally am fine with it but it should just be used in certain conditions.

All in all, the camera on the realme 5 really impressed me considering its price. The 12MP main sensor is good enough for most scenarios. I also love the flexibility you get from the other three cameras! This is unheard of for phones at this price 5 years ago!

Should you get the realme 5? It depends.

If your budget is less than P10K, this is probably one of the best phones in its class. You get 4 rear cameras, a big 5000 mAh battery, and a big screen to boot! Performance can get iffy at times. At least you can deal with it more due to the price.

If performance matters to you though, maybe you should consider getting the realme 5 Pro. It has a better processor and more RAM for better performance for gaming.

For everyone else, this is a good phone for first-timers. The software is intuitive enough for them and the flexibility of Android helps with that.

What do you think of the realme 5? Is it worth considering for you? Sound off in the comments!