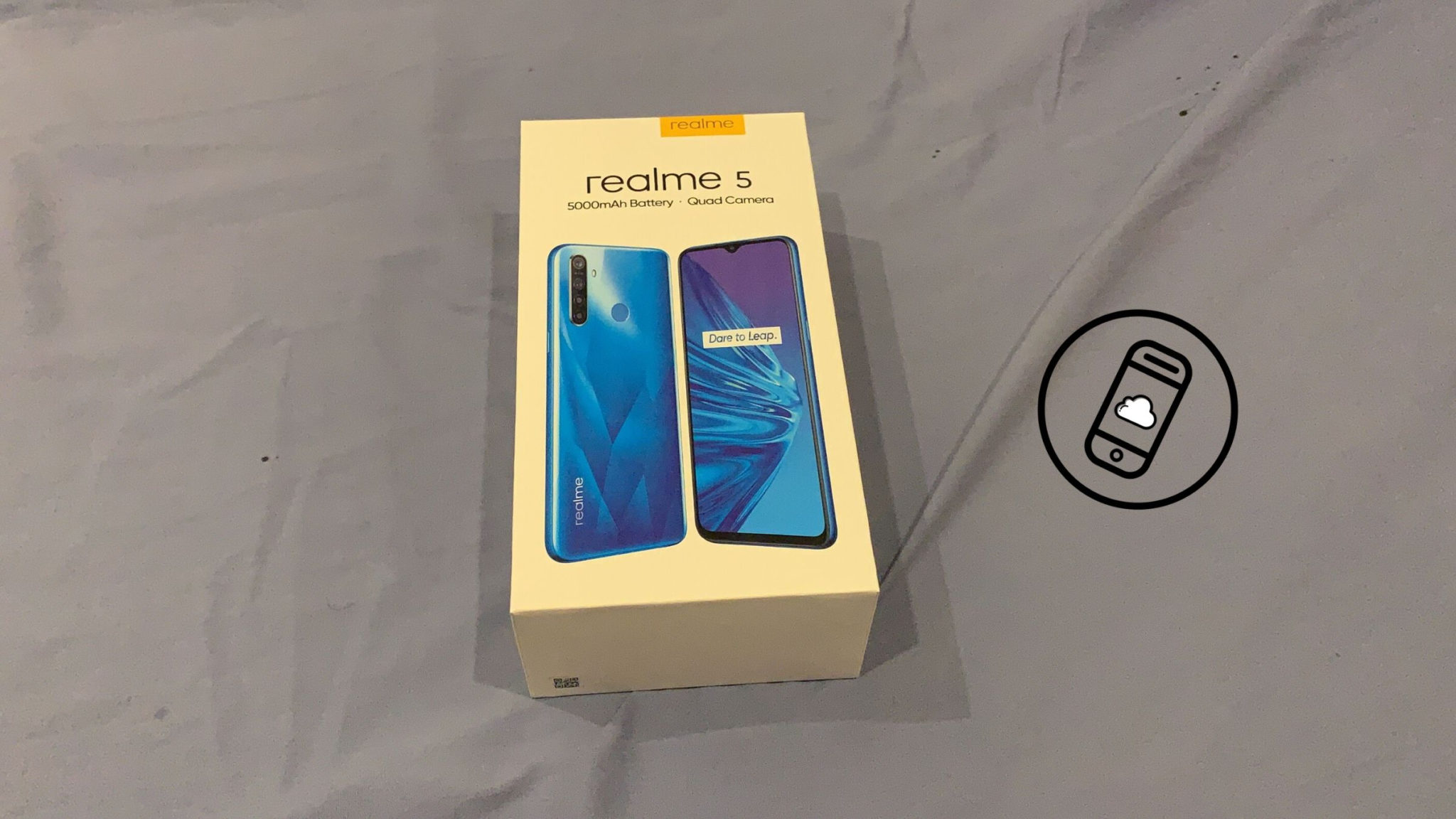 I’ve been covering realme since they started in the Philippines in November 2018. (Funny that this post will be up EXACTLY ONE YEAR since their first public launch.) A LOT has happened since then! It’s even reached the point where they became the Top 7 global smartphone maker in just over a year! INSANE. After 6 months of using the realme 3, I decided to make that leap to a quad rear camera phone from the same brand. Here are my realme 5 first impressions! I did most of my first impressions while I covered DevFest Cebu 2019, so some of the pics are from the event. Enjoy!

A Small Commentary on the Box

To be honest, I got sad when I first saw the box during the realme Cebu media roundtable. The realme 5 (and by extension, 5 Pro and XT) now has a box that looks similar to another brand’s. I’ll let you be the judge after seeing the other brand’s box:

This kinda sucks but this is basically a nitpick in the grand scheme of things.

I initially found the realme 5 to be too tall for me. When I held it before, I thought I would be turned off of the size. Just a day into my use of this phone, I became okay with the size. I miss the days when I could really clench my phone but the day that I can do it again is getting farther. I pretty much have bigger-than-average hands though, so I don’t really have much issue with handling the phone.

Besides the size, I really love the design and build of the realme 5. It screams premium despite its price. The realme 5 comes in two colors: Crystal Purple, and the Crystal Blue you see below.

I really love the look on this phone! It looks very modern for a phone of its class. When I show the realme 5 to people, they really like how it looks. The phone has some scuffs on it now but it really doesn’t show.

The screen is bright enough in most cases. I’m so used to the notch on recent iPhones that the one on the realme 5 feels like nothing. Here’s hoping that future realme smartphones (like the realme X2 Pro) will ditch the notch entirely. That being said, I didn’t mind the notch on this at all.

Cameras. Four of Them!

The standout feature of the realme 5 is its cameras. Most of my realme 5 first impressions will be on its quad rear cameras! The two cameras on the realme 3 really surprised me and I wonder if it still translates even with four of them here. So far, I’m impressed!

For a phone that costs less than P10,000, the quality really impressed me even over its predecessor! This even reminds me of the quality of an iPhone from 4 or 5 years ago. I have yet to take more photos before I can make any conclusions though. Until then, here are other photos!

I seldom use Chroma Boost to enhance the color. It seems to come out weird at times when it overexposes the colors (example below). Maybe that’s just me, but I’m sure most people would appreciate how vibrant a photo is with this feature.

Selfie photos are wide enough that you can fit A LOT of people in a groufie!

Or if you just wanna show your food along with the group photo! Hahaha!

How About The Battery?

Despite the fact that the realme 5 is around as tall as my Mi Power Bank (16,000 mAh), the battery lasts more than a day for me. Yeah yeah, I carry around two phones with me. But the fact that I have the flexibility to rely on the realme 5 in cases where my iPhone would need a charge. When I used it exclusively, I could get a full day easily out of the realme 5.

Some things I want to share in my realme 5 first impressions:

That’s it for my realme 5 first impressions! Are you considering getting one for yourself or a loved one? Watch out for my full review very soon with more photos and detailed thoughts on realme’s battery champ!

DISCLAIMER: All Lazada links are affiliate links. I earn a commission for each purchase you make through those links. You’re helping me out by clicking them!