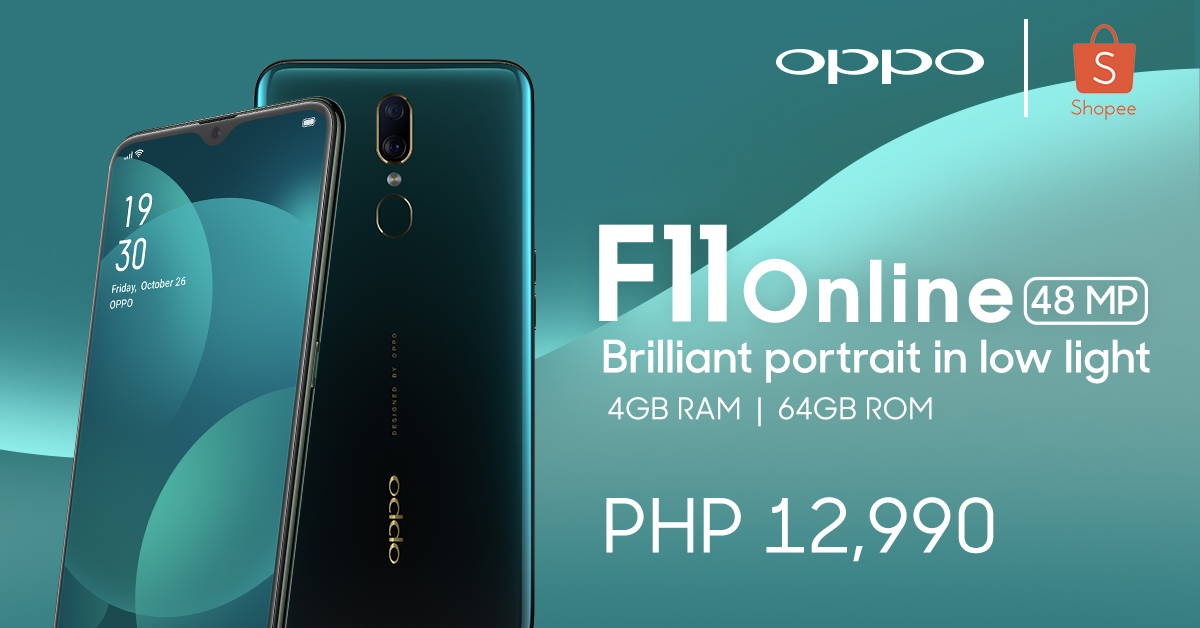 It seems that OPPO does not want to stop launching new phones! They recently did the launch of the OPPO Reno (its shark fin pop-up camera really POPS haha) and the OPPO F11 is fairly new. Sadly, they also discontinued the popular R Series (the last being the R17 Pro). In an effort to bring more and more people into the fold at a more affordable price, OPPO launched the online exclusive OPPO F11 Online!

Why Make an OPPO F11 Online?

That’s a good question. I would have difficulty answering it but it actually makes sense. The F11 Pro is their main heavy hitter in the F Series with all the bells and whistles to expect. It also costs P18,990 and users of previous F series may shy away from that higher price point. OPPO also recently released the F11 a few weeks ago. It has most of what you expect from the F11 Pro but with the screen found in the OPPO F9.

While both are great, they aren’t as affordable as some OPPO users were used to. I feel that this is the main reason why OPPO is launching a more affordable option! The OPPO F11 Online costs P12,990. Fun fact: it’s the same price that the OPPO F1s had back in 2016!

What Does It Have?

It basically has almost the same specifications as the OPPO F11:

Literally, the only thing that’s different with the OPPO F11 Online is that it just has 4GB RAM instead of 6GB found in the F11 and F11 Pro. Unlike the other two though, the F11 Online can only be found on Shopee. Good news that it’s already available there!

What do you think of the OPPO F11 Online? Does the online-only strategy work against them? Or will it just affect F11 and F11 Pro sales? Sound off in the comments below!