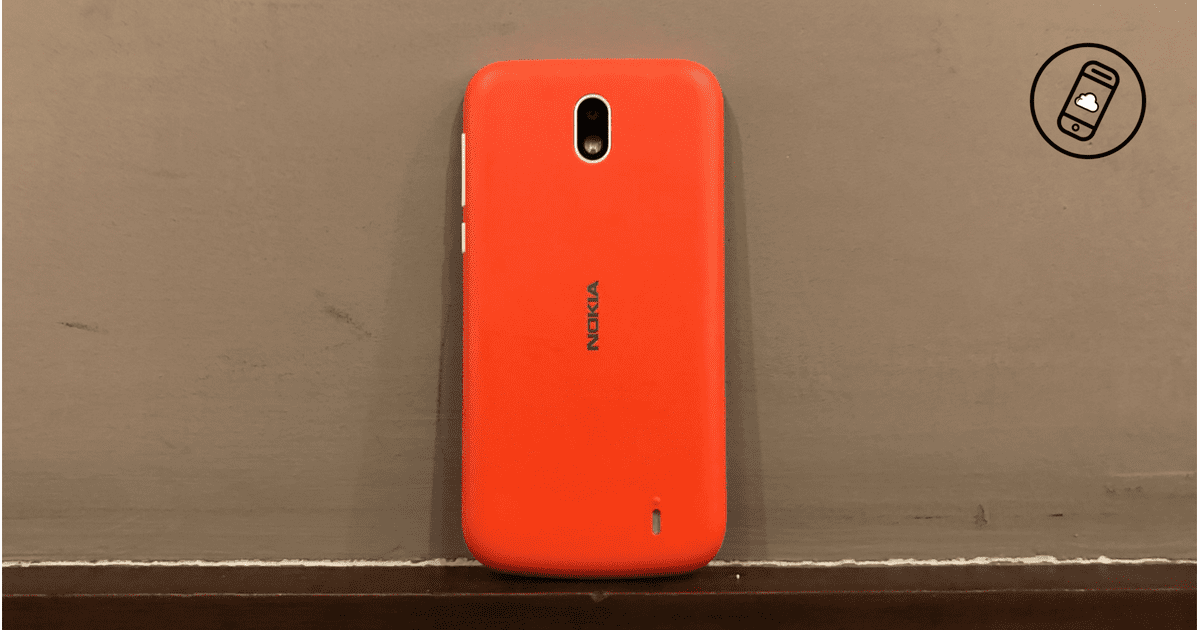 Nokia is on a roll! They recently dropped their latest lineup of Android phones a few months ago! As you may know, HMD Global is the company that brought back Nokia phones! They really had a phone for each price point (except that super premium one). I consider the Nokia 7 Plus to be one of the most underrated midrange phones right now. Another phone that piqued my interest is their entry level offering, the Nokia 1. With that in mind, does this low end smartphone stand up on its own two feet? Or would you have to look elsewhere? This is the Nokia 1 Review. Disclaimer: I’ve used the Nokia 1 for 9 days when I started writing this review. I didn’t use my main SIM for this. Despite that, I killed two birds in one stone: I tested its LTE performance AND tried Smart LTE. More on the latter soon.

The Lowdown on Nokia 1

The Nokia 1 is a low end smartphone running Android Oreo (Go edition) (also known as Android Go). It has the bare essentials that a smartphone can have in 2018. Here are the specs:

As you can see, this phone really has the bare bones stuff in it. You might find it too weak but you wouldn’t say that as much if you knew that it just costs P4,290.

The display is decent for the most part. It doesn’t have much to show for besides having an IPS panel. It doesn’t go too bright, so you can’t see much under direct sunlight. Since I was a stickler for details, I saw an air gap between the glass and the display panel. I wish it had smaller top and bottom bezels. You really can’t ask them to do too much for less. 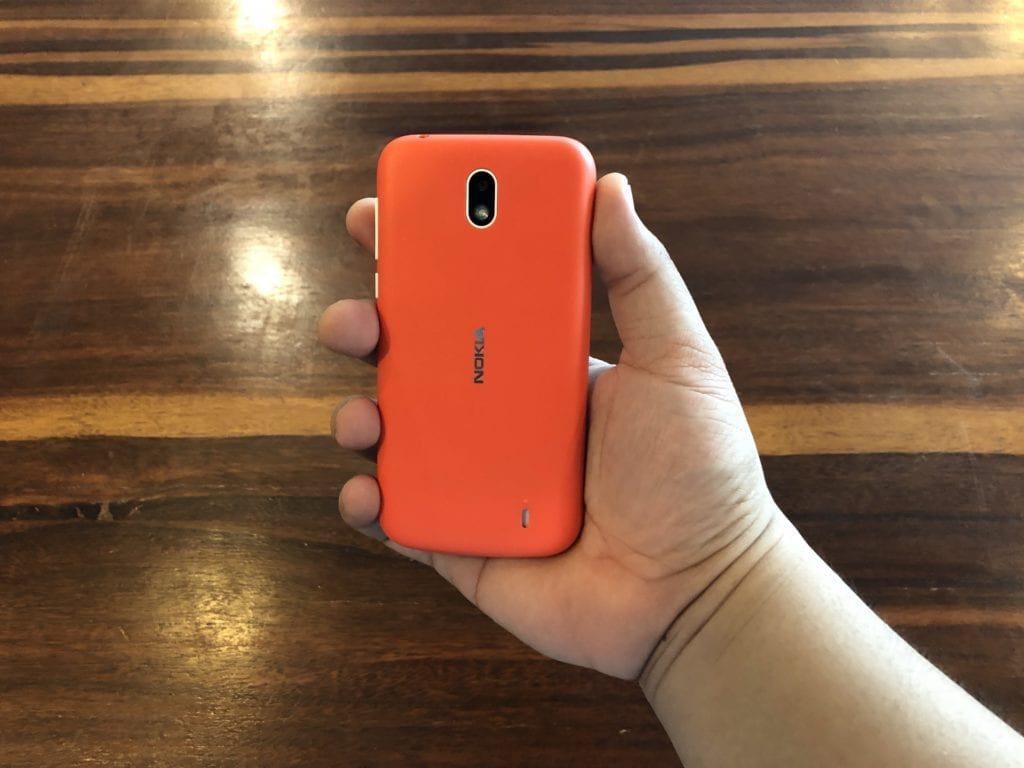 Let me say this out of the gate: this is one of the low end smartphones with the best build quality that I’ve ever seen! HMD Global did a great job emulating the Nokia feel. It felt like Nokia phones never really left! Nokia really leaned on plastic as their material of choice back then, so it surprised me that HMD kept this side of the Nokia brand. They even got the feel of the plastic right! I actually got goosebumps when I first used the phone! 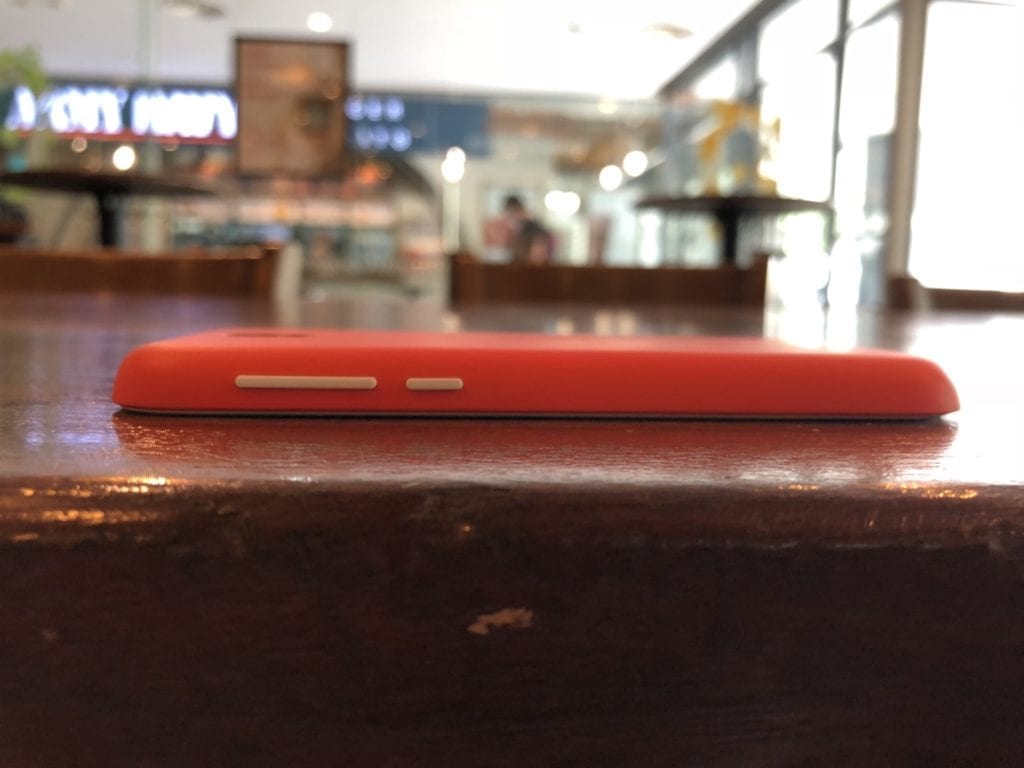 The buttons are clicky enough for me. I don’t like the volume button layout though. I could easily raise the volume up by accident. If possible, HMD should consider making the feel of the power button different. Like I said before, you can’t ask a company to do more things to a cheap product. 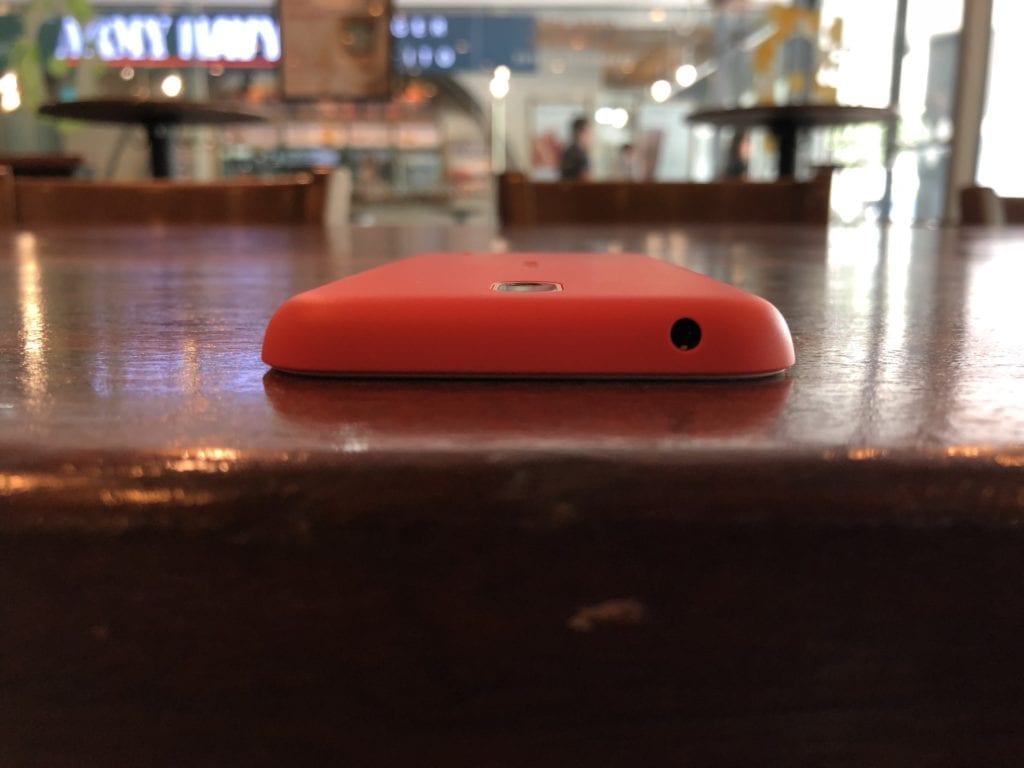 The headphone jack sits up top and I really don’t prefer this placement. Most of the phone makers give an effort to put their headphone jacks at the bottom. I always put my phone in a jeans pocket. It was easy for me to use my phone after I pull it out while listening to music. Nevertheless, I’m glad it’s there. People who buy this phone won’t likely get a bluetooth headset anyway. They would use the headphones that come with the phone. 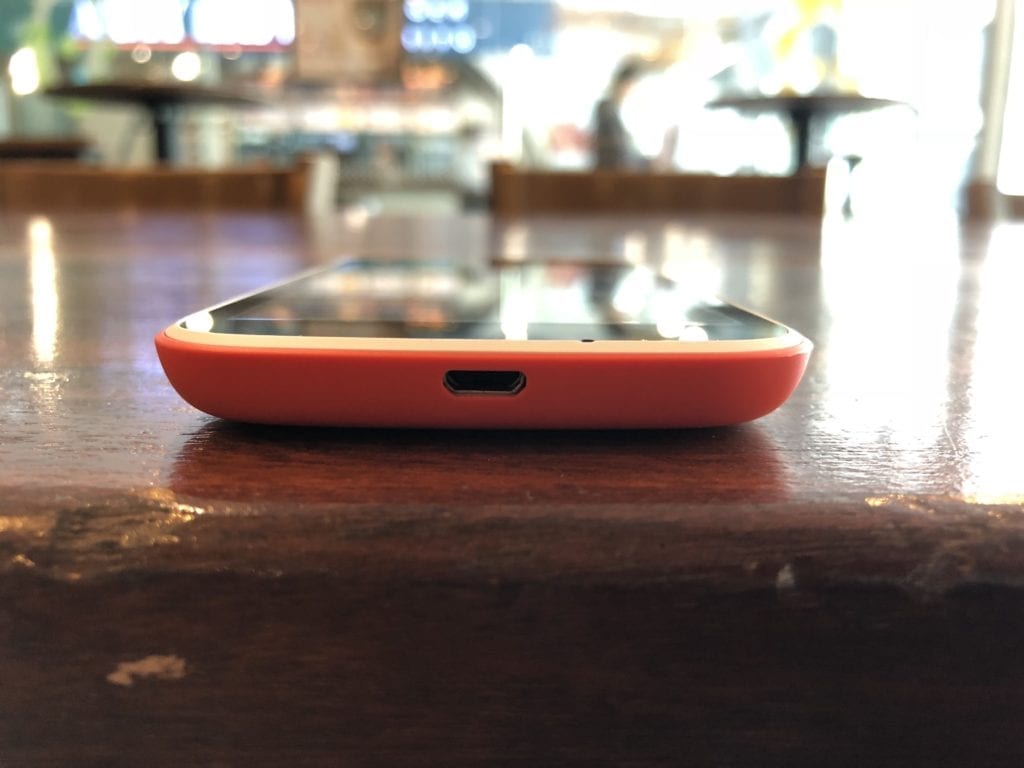 I wished this phone had a USB-C port. That port would have been the next standard port for everything. I guess with all the dongles we have to carry, it is STILL NOT READY. Oh well, good thing I still have micro USB cables lying around the house! I don’t like the speaker placement at all. It’s at the bottom right part of the back of the phone. I can easily cover the speaker with my hand while watching video.

Software: Is Android Go Worth It? 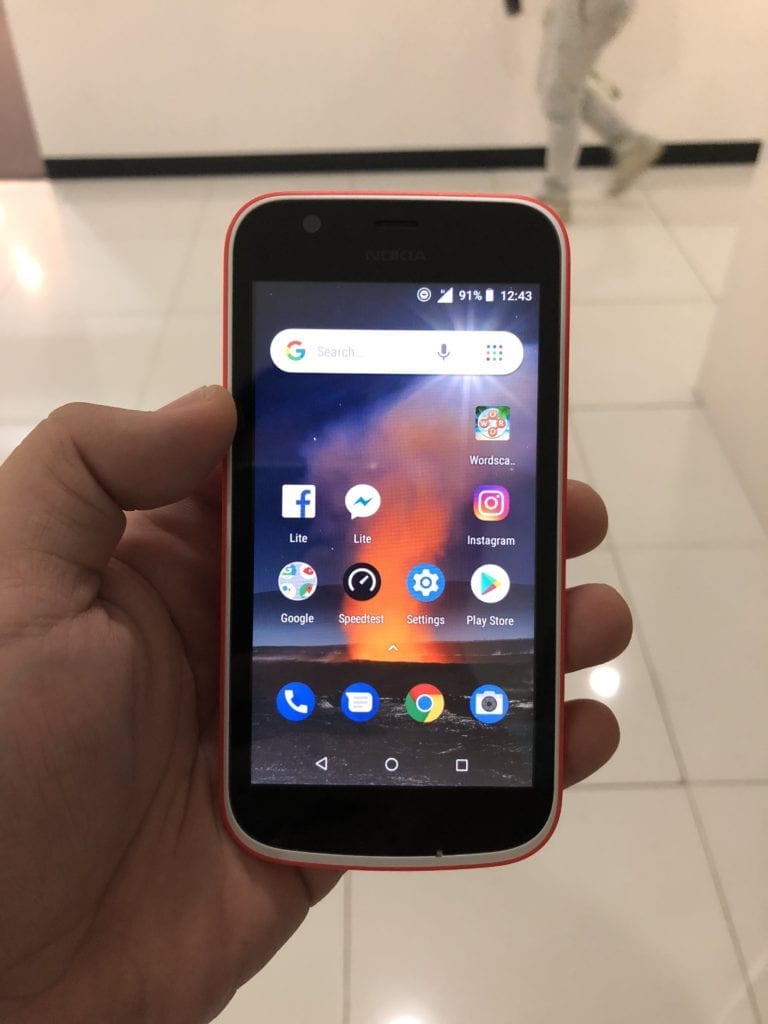 First of all, I’m glad that HMD Global used Android for their line of Nokia phones. I didn’t want them to go through the chaos that was Windows Phone. Despite the balance between open for others to use and the speed of a closed OS, Windows Phone didn’t have the app support it needed. Glad that we won’t go through that again. 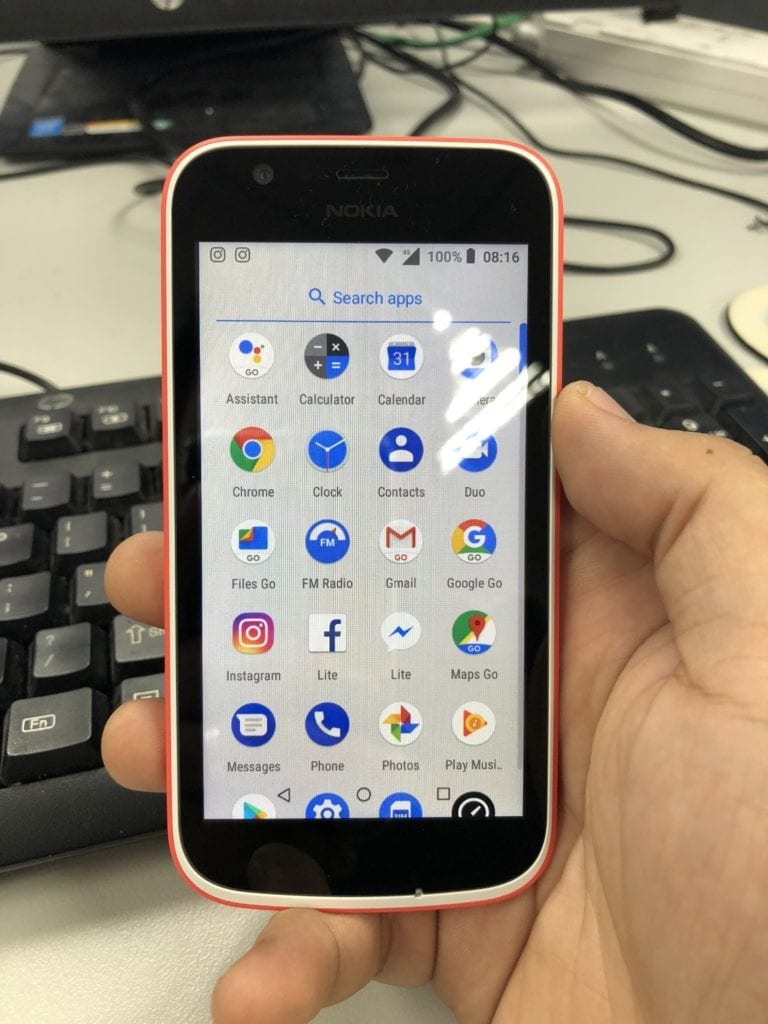 That said, this phone doesn’t exactly have full Android 8.1 Oreo. The Nokia 1 actually runs a lighter version called Android Oreo (Go edition). Google includes special Go versions of usually heavy apps like YouTube Go, Google Go, and Assistant Go (yes, the Google Assistant). I actually found those apps to be really fast and doesn’t take up much space. Other apps such as Google Photos and Google Play Music are still the full experience, so you won’t miss out much.

Despite the lighter Android, it isn’t a slouch when it comes to normal apps! I could run the Starbucks PH app, Instagram, and the Wordscapes game just fine. I ran into multitasking issues, but it isn’t a big deal considering how much this phone costs. All in all, it pleases me that the Nokia 1 ran a lighter version of the pure Android experience no problem!

I normally would say something about the performance of this phone, but I already did a speed test on IGTV. Check it out below!

This is the part where I want to just breeze through. If you’re looking for a low end phone with a good camera, the Nokia 1 will be a dealbreaker for you. Sure you could do some video chats, but you really can’t get a decent photo all the time out of this phone. For some reason, I only get blurry photos like this one on Instagram: https://www.instagram.com/p/BkewqBUh36R/ (I almost couldn’t believe that I got 33 likes for a blurry photo. Insane!) Here is that one decent photo that I took from the Nokia 1.

I’m not even going to show you a photo from the front camera. This is a big dealbreaker for people who want a decent camera with the smartphone they buy.

Final Verdict: Should You Buy the Nokia 1? 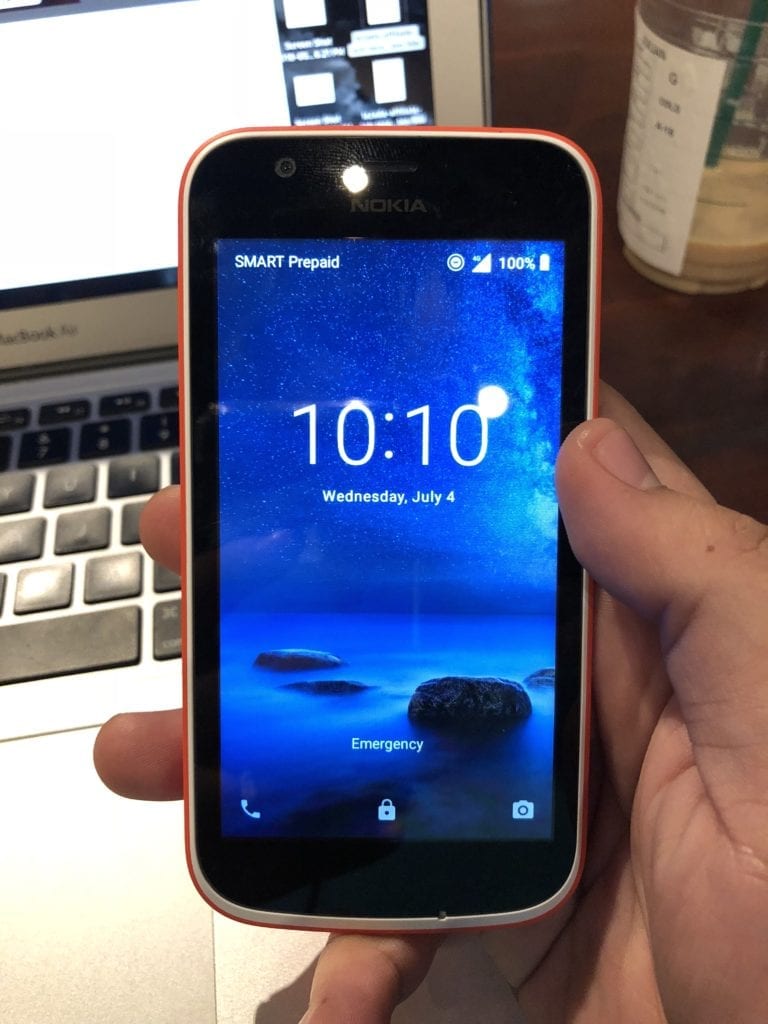 If you’re looking for a smartphone that handles Android well, go ahead and buy this! This phone is also for people on a budget. Consider this if you’re the kind of person who just uses it for posting basic stuff on social media and play basic games. If you need a second smartphone to do the basics and as long as you wouldn’t need to post photos, this is for you as well. The performance and software of the Nokia 1 makes it worth the price tag. This phone won’t disappoint you if you just don’t expect more than what it can give you.

What do you think? Is the Nokia 1 your next gadget? Is there anything I missed? Let me know in the comments below!