The State of Smartphones 2018! 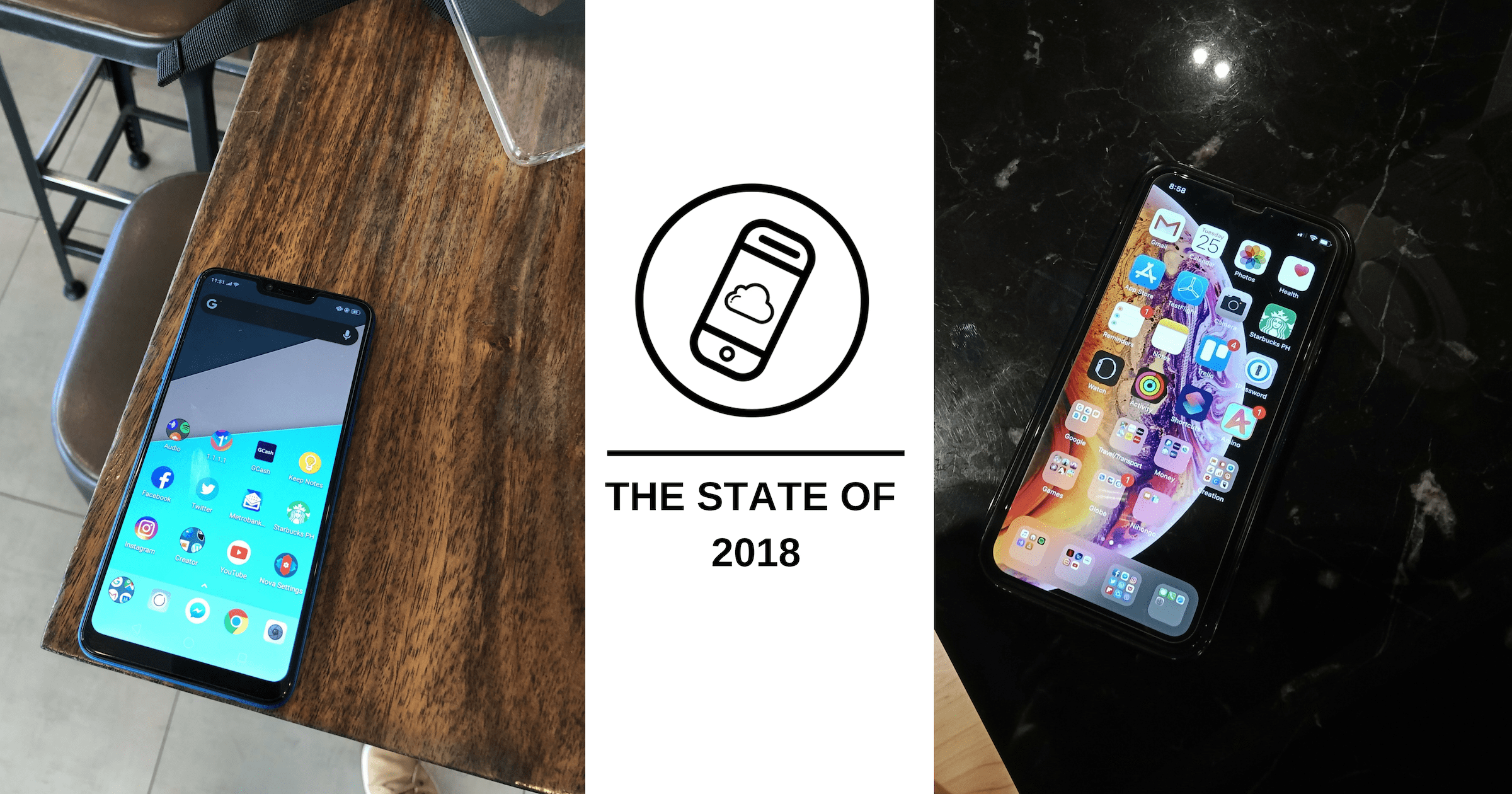 I wrote this and the state of tablets and laptops as year-ender posts. Hope you enjoy reading both of them!

Click/Tap here to read The State of Tablets & Laptops 2018!

Let’s face it: smartphones are starting to get boring.

We’ve reached a point where phone companies are running out of features to help them stand out from the rest. The iPhone has found its new identity thanks to the notch for Face ID and Animoji/Memoji. Others are either copying Apple’s notch or removing the notch altogether (with varying degrees of success).

Established players like LG and Sony are basically on the verge of getting out of the market. Chinese phone makers like OPPO and Huawei are gaining ground in Europe. Apple and Samsung are basically struggling despite the high smartphone shipments.

I could go on with this introduction but I want to explain more.

This is the state of smartphones 2018.

Year of the Notch.

It was 2017 when both Essential and Apple started the notch trend. I actually thought that one the one on the Essential Phone looked better at first. Apple did have a purpose through Face ID on the iPhone X’s notch area. They had to make that tradeoff for better face recognition to work.

In 2018 though, it seems that a lot of phone makers only wanted to copy the iPhone’s look again. Most of them just put the notch and call it a day. Heck, there’s a picture on the internet showing all the phones with notches.

It’s a good thing another trend emerged during 2018.

Some phone makers went for it and jumpstarted the TRUE bezel-less phone train. Vivo started it with the NEX series of phones that had the pop-up front camera. Oppo went further and did a motorized slider for all the cameras to gain a bezel-less display with the Find X. Vivo and others actually ditched the front camera and put a second display on the back of their phones! It may sound outrageous but you can now use the rear camera for selfies thanks to that second display.

I expect this to be the trend in 2019 and onwards. Apple won’t necessarily do the same since they need those extra sensors housed in the notch for Face ID. There were reports that Apple would ditch it in 2020 but until they can hide the Face ID tech, I don’t think it’ll happen.

Just How Many Cameras Do We Need?

2018 saw the release of the Huawei P20 Pro. It was one of the first (if not the first) phones with a triple rear camera setup. Since then, some phone makers went ahead and put as much cameras as they can.   Samsung even went ahead and released a phone with four rear cameras! As a side effect of this, entry level phones get the dual rear camera treatment.

I don’t know if a phone with multiple cameras would automatically be better though. Despite having just a single rear camera, the Google Pixel 3 takes some of the best photos in a smartphone! Personally, I still think it comes down to the combination of hardware and software that makes the best camera overall.

Smartphone makers will always find a way to introduce a new technology first. As they run out of places to implement such innovations, they will strive to put one but it’ll cost a lot more. Just look at this infographic on how many working days you need to get an iPhone XS:

From a financial standpoint, I don’t think the smartphone will get significantly better. Basically everyone who has a smartphone already has one.

The emerging markets will basically go for the phone with the most bang for your buck. Brands like OPPO and Huawei know this, which is why they both have sub-brands for their entry level offerings. (OPPO has Realme, Huawei has Honor)

Big phone makers like Apple and Samsung will continue to make phones more expensive. It also doesn’t help that the current trade war between China and the US could affect the price of phones moving forward.

What do YOU think of the state of smartphones 2018? Are you sick of it? Do you still upgrade twice a year? Let me know in the comments below!

Published in Smartphones, Tech and The State Of 2018