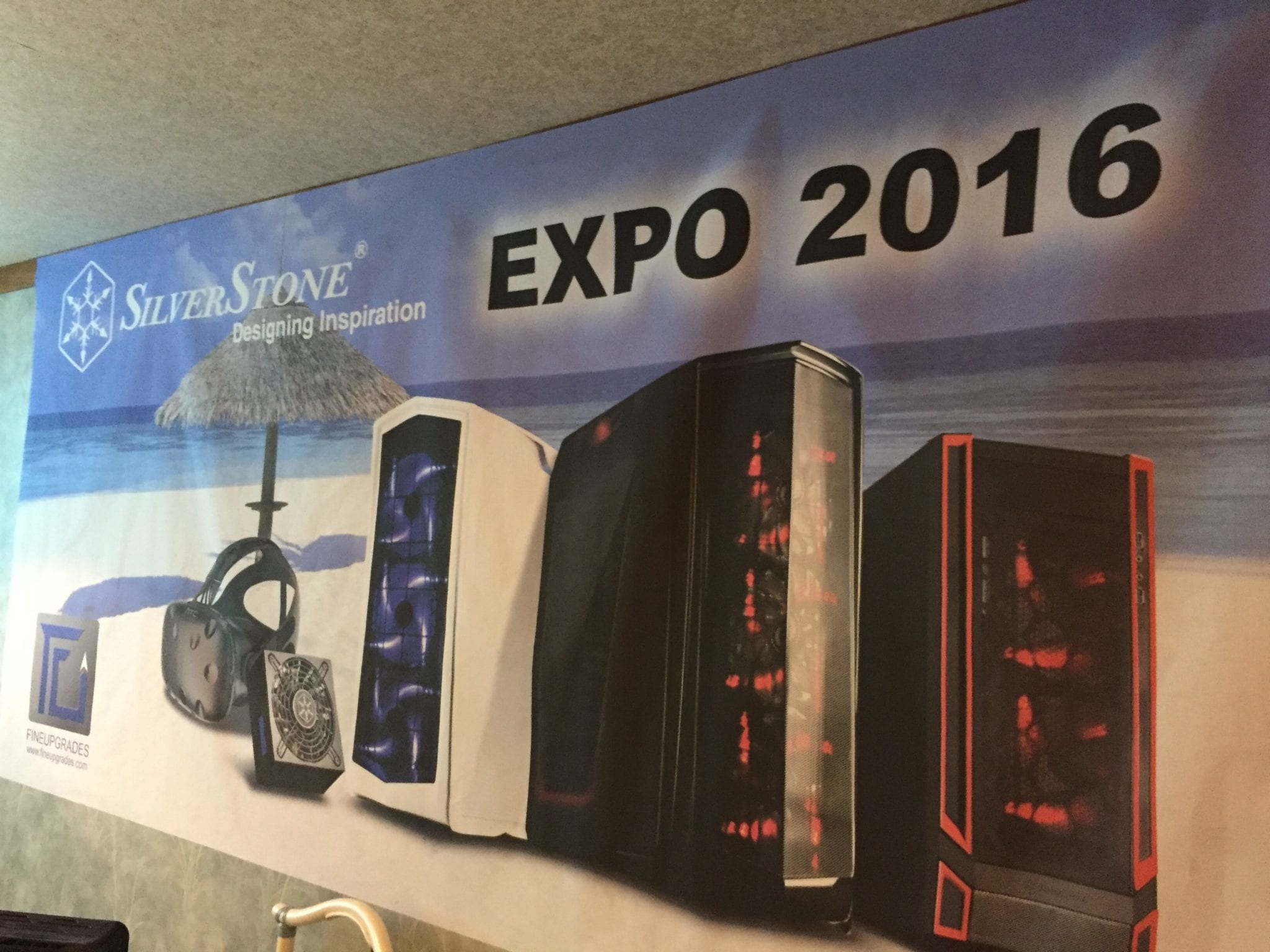 The good people over at Fine Upgrades invited me to another event involving one of the brands that they offer: Silverstone!

Silverstone Technology is an established leader in terms of design and manufacturing computer enclosures, power supplies, and PC accessories since 2003. They have been providing products that became a source of inspiration to techies, gamers, and computer enthusiasts.

Now, they aim to provide state-of-the-art products in order to prepare for the next generation of computing experiences: Virtual Reality.

They showed VR in the Silverstone Expo?

Yes. VR was on full display during the event and it was amazing how they can fit powerful PC components into a slim form factor and has the capability of running VR experiences! Silverstone really takes pride in their work as their PC enclosures were really designed to have natural cooling included. In tropical countries like the Philippines where PCs are really exposed to high temperatures, natural cooling in the PC case really matters.

They showed off their latest products during the event and even brought the HTC Vive! In case you didn’t know what that is, the HTC Vive is a virtual reality system in collaboration with Valve that includes the headset, touch controllers, and the sensors needed to detect movement. As of this moment, the Vive is stil unavailable to purchase right away. The demand is surprisingly insane for VR devices like the Vive and the Oculus Rift.

Since these devices are super expensive right now (the Vive costs $700-$800), Silverstone aims to prepare us for when VR devices will become mainstream. That way, we will be able to have this amazing experience when it arrives!

I personally got to try out the HTC Vive and my reaction was WHOOOOA. It was like I was there in the world I was immersed in. I was inside a zombie shooting game and the surroundings really felt real. Even though the controls were weird and jarring at first, I really enjoyed it the more I was playing with it.

In between product presentations, there was a raffle! Sadly I didn’t win, but fellow blogger Ramzy from RamzyRizzle.com won a power supply from Silverstone! Good for him!

Thankfully, I didn’t go home empty handed since all of us got these goodies:

Thanks to Silverstone and Fine Upgrades for inviting me to this event! Until the next one!

Published in 2016 and Tech Events