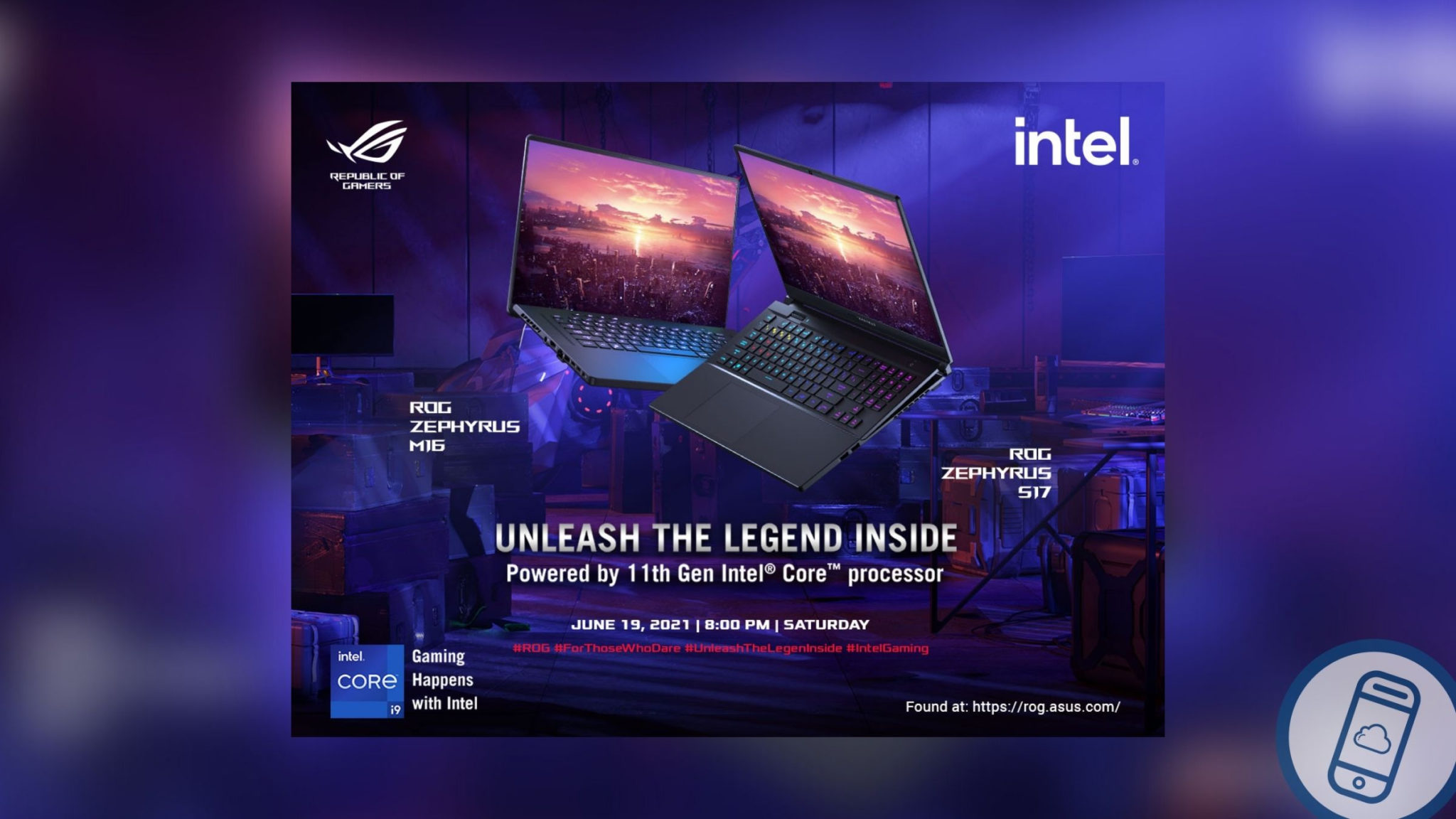 ASUS ROG Philippines recently made a splash with its AMD laptops. Now, they’re about to launch two new laptops with the latest mobile processors from Intel! The UNLEASH THE LEGEND INSIDE Digital Launch will be on June 19, 2021, 8:00 PM on the ROG Philippines Facebook Page.

ROG Philippines will launch two new laptops under the Zephyrus line with 11th-gen Intel Core processors. These will have H45 CPUs with up to an 8 Core i9 CPU, which promises 19% improvement in multithreaded performance. These new chips have a lot to offer including PCIe 4.0 and Thunderbolt 4 support.

Powered by the new Intel processors are the all-new Zephyrus M16 and the new version of the Zephyrus S17.

First revealed in May, the Zephyrus M16 is the world’s first 4-sided narrow bezel gaming laptop with a full-screen 94% screen-to-body ratio. The all-new Zephyrus S17 continues the tradition of the award-winning 17″ thin-and-light gaming laptop series. It has an innovative elevated Optical Mechanical Keyboard that enables the patented Active Aerodynamic System Plus cooling system. You’re really gonna enjoy all the things you see in-game with that 4K 120Hz refresh rate gaming display.

Both laptops are powered by the latest that Intel and NVIDIA have to offer and more, including:

Viewers who tune in to the launch will also have the chance to win exclusive ROG merchandise from the brand. Hosting the event are ROG Hero, Ann B. Mateo, and Coleen Trinidad of CANS TV.