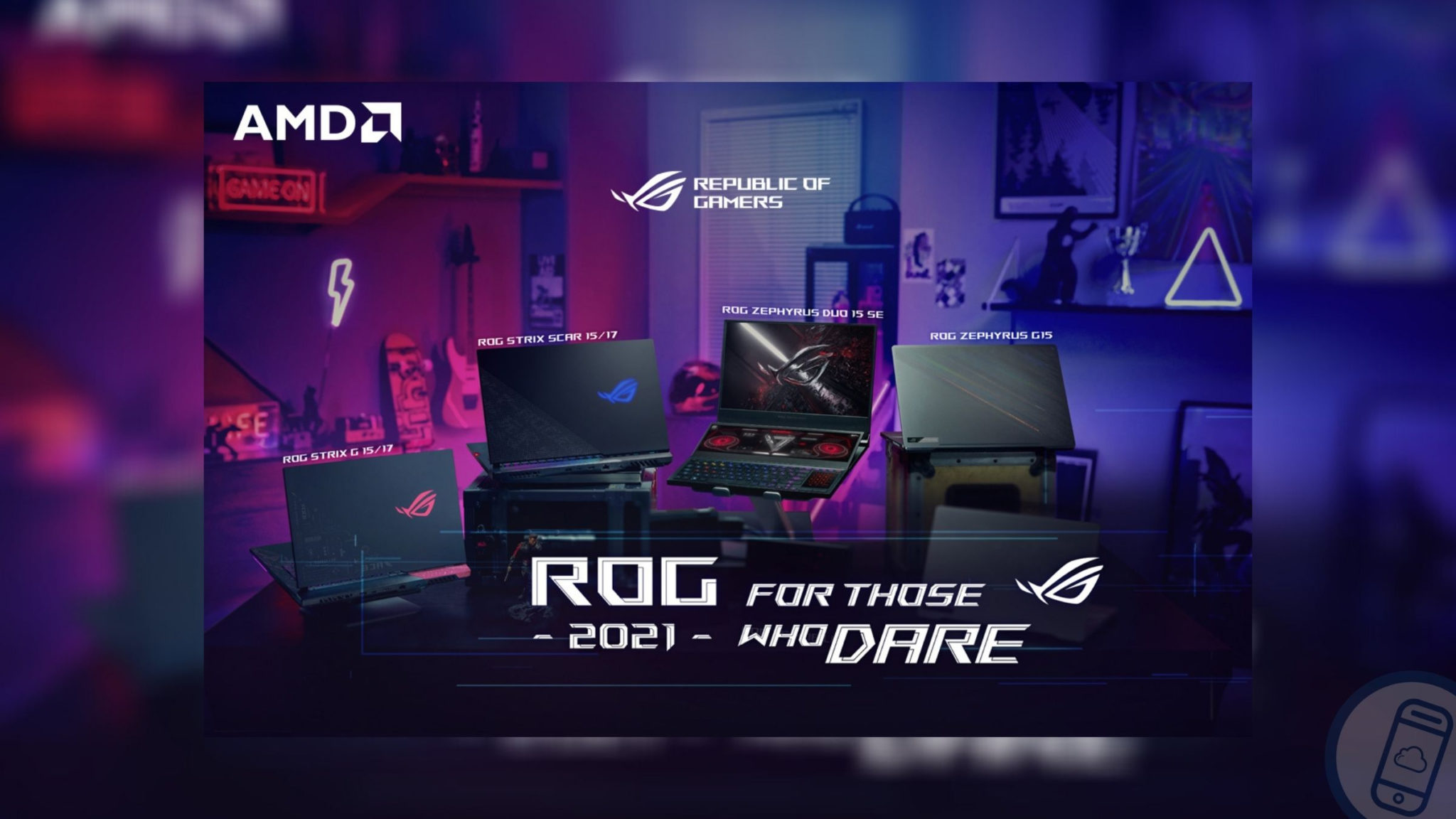 ASUS always brings its A-game when it comes to its gaming PCs through the Republic of Gamers brand. After launching them at CES 2021, ASUS ROG Philippines brings some of these 2021 gaming laptops to the Philippines in February 2021. These laptops all have AMD Ryzen 5000 series mobile processors AND NVIDIA GeForce RTX 3000 Laptop GPUs! Without further delay, here are the ROG 2021 gaming laptops that are coming to the Philippines!

Doubling Down on the Dual Screen with the ROG Zephyrus Duo 15 SE!

Of course, we’re starting with the most unique of the bunch, the ROG Zephyrus Duo 15 SE! Not only is everything under the hood better, but even the critically acclaimed ROG ScreenPad Plus gets an upgrade! With up to 4K resolution, it brings a new dimension of versatility to its user with upgraded functionalities and features with various games and productivity apps.

Here are the variants coming to the PH! (Scroll/swipe left to right to see the table)

Last year, the Zephyrus G15 was one of the laptops that got a Ryzen 4000 series mobile processor. The thing is, it didn’t really have the best laptop GPU out there. Now, this year’s Zephyrus G15 gets a total redesign and the best AMD CPUs and NVIDIA GPUs! The design is now similar to its brother, the Zephyrus G14. Its display also gets a massive upgrade to a 100% sRGB Pantone Validated WQHD IPS display with a refresh rate of 165Hz! This is perfect for people who game AND do professional work.

This laptop has an AMD Ryzen 9 5900HS processor, up to an NVIDIA GeForce RTX 3080 Laptop GPU, 32GB of RAM, and a 1TB PCIe Gen 3 SSD. It’ll be available in two colors: Moonlight White or Eclipse Gray. (Users who are fans of white laptops REJOICE!)

Here are the variants we’ll get in PH! (Scroll/swipe left to right to see the table)

The ROG Strix SCAR 15 and 17 have been updated with the fastest screens ever in a laptop with 300Hz refresh rate FHD displays! We now have a new optical-mechanical keyboard, delivering both rapid response and high durability. The new optical-mechanical switches trigger uses a precise infrared laser beam, eliminating the debounce delay and reducing the response time to only 0.2 milliseconds; this allows for better tactile feedback and a faster response rate. The optical mechanism is also much more durable than conventional alternatives, extending the switch’s lifetime to 100 million presses.

Here are the variants we’ll get in the PH! (Scroll/swipe left to right to see the table)

Up Your Style Game with the ROG Strix G15 and G17!

If you don’t have the budget to get those Strix SCAR laptops, you can always go for these new ROG Strix G15 and G17 laptops! Despite it being cheaper, you still get the same AMD Ryzen 9 5900HX processor, up to an NVIDIA GeForce RTX 3080 Laptop GPU, either a 15 or 17-inch FHD IPS display with a 144Hz refresh rate, 16GB of RAM, and a 1TB PCIe Gen 3 SSD.

Here are the variants coming to the Philippines! (Scroll/swipe left to right to see the table)

We also get new laptops in the ASUS TUF gaming line for 2021! Returning this year are updated versions of the TUF Gaming A15 and A17. It carries up to an AMD Ryzen 7 5800H processor, and up to an NVIDIA GeForce RTX 3070 Laptop GPU. Both contribute to a great midrange gaming laptop experience overall. It also helps that they seemingly fixed the thermal issues found in last year’s models. The pricing and availability of these laptops will be announced at a later date.

A new model for this year is the TUF Dash F15. Unlike most of the laptops in this list, it’s the one carrying the latest 11th Gen Intel Tiger Lake CPU. It’s actually the first laptop with that CPU hitting the market. This laptop also has up to an NVIDIA GeForce RTX 3070 Laptop GPU, an IPS display with a 144Hz refresh rate, and Thunderbolt 4 support.

Here are the variants coming to the Philippines! (Scroll/swipe left to right to see the table)

For availability of these ROG 2021 gaming laptops, head to http://bit.ly/ROGPHx2021.