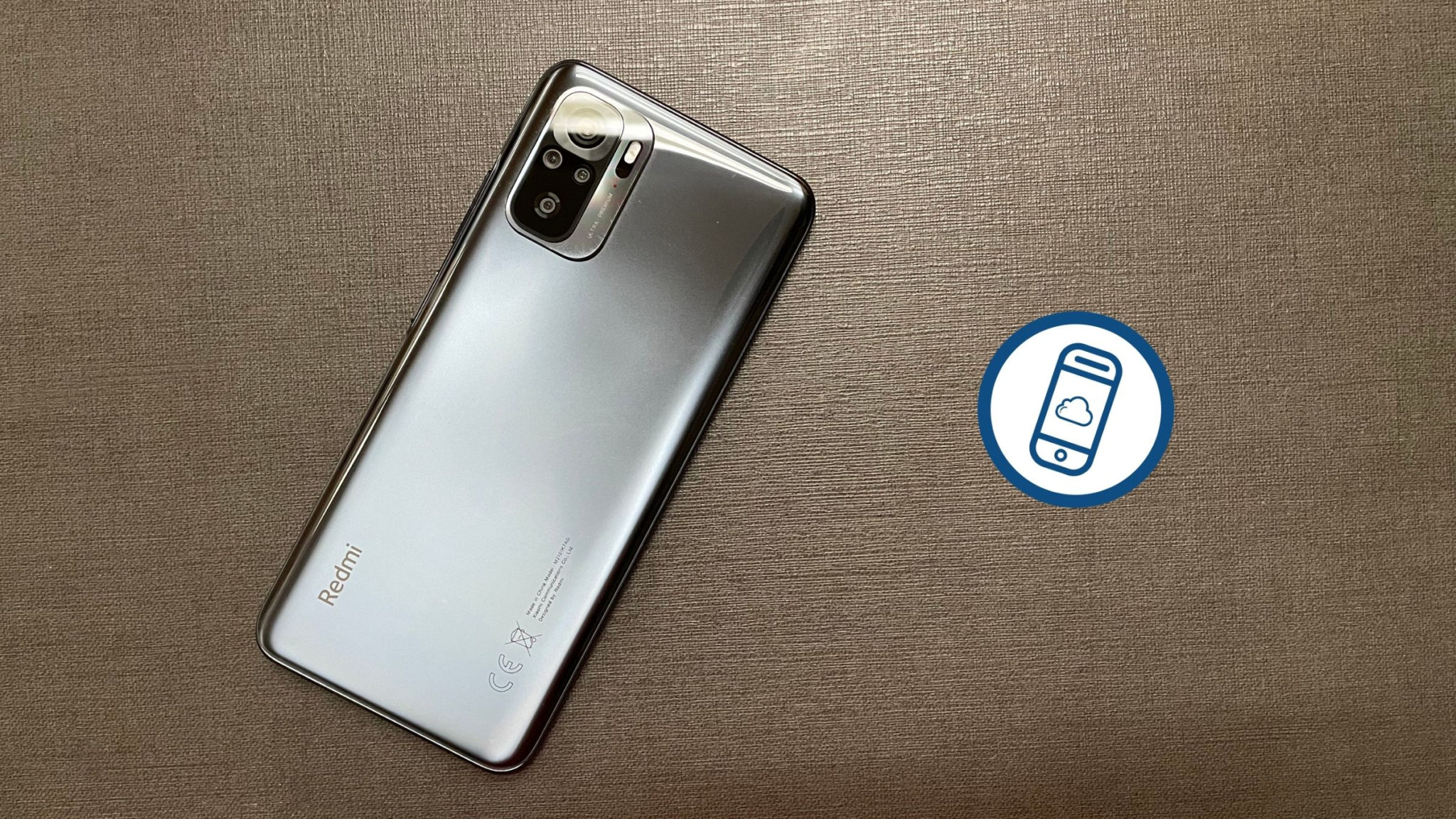 Disclaimer: I purchased this Redmi Note 10 from Lazada and got it on March 21, 2021. Shortly after, I posted my first impressions of this phone on April 12, 2021. I’ve been using this and another Android phone for over three months now.

A Design That Feels Premium and Shiny

One thing I like about Xiaomi’s recent string of releases is how premium every design is. Whether it’s the flagship Mi 11 Ultra or this Redmi Note 10, I am loving the general look they have. I’m also happy that they moved the camera module to the top left (unlike the one in the Redmi Note 9 which was in the middle).

Unfortunately, the back is really glossy that it looks more like a fancy stamp pad than a phone. Yes, you can always wipe that off but it would be nice not to do that all the time. I also recommend that you use the clear case included in the box should you buy one.

Despite the glossy finish, I like the classy look that the Redmi Note 10 has. I just wish they can differentiate this more from other Xiaomi phones.

I’m not gonna lie. AMOLED displays never really appealed to me. That’s mainly because my exposure to phones before writing about tech was just the iPhone. I would always claim that its LCD display was really good and more color-accurate. Getting an AMOLED display in a phone that’s under P10,000 is just proof of how technology gets more affordable over time. (Unless you buy a flagship phone which shoots the price to the moon!)

As for the Redmi Note 10’s display, I can say that it really looks good. I’ve come around on AMOLED and it’s the deep blacks that really sold me. Even the wallpapers on my phones with AMOLED displays are mostly black now. A fringe benefit of this is better battery life because the pixels are off to show the black color. (More on that later.)

The hole punch isn’t really distracting overall. I only notice it during fast-paced games where there was a lot going on. If there’s one complaint I have, it’s the silver ring around that hole punch. Having a black ring on it wouldn’t hurt, right? All in all, I’m really happy with this display.

Its Performance is Good Enough.

The reason why I really soured on the Redmi Note 9 is its performance. The MediaTek Helio G85 processor was decent enough, but my issue really stems from its paltry 3GB of RAM. (MIUI 11 was really slow on that phone and MIUI 12 somehow made it worse!) It’s a good thing that the Redmi 9T I reviewed got 4GB of RAM. This gave me confidence during this Redmi Note 10 review.

You can get a Redmi Note 10 with the Snapdragon 678 process and either 4 or 6 GB of RAM. (I got the 4GB model.) In my experience, 4GB was actually enough for most of the stuff I do. For once, MIUI 12 here doesn’t really bog down the phone. This is because we get MIUI 12 based on Android 11 rather than the one on the Redmi Note 9 which was still on Android 10. I think you won’t feel the slowness if you’re just doing social media, watching videos, or doing video calls.

I definitely felt some dropped frames while playing some Genshin Impact. Good thing that Mobile Legends is well-optimized for this phone giving me the option to get Ultra graphics. Other games like Asphalt 9 run well despite seeing some stutter but it was rare.

On the subject of performance, the dual stereo speakers on the Redmi Note 10 sound great for its price! I would kill for budget and midrange phones to have dual stereo speakers by default. Although the top speaker is significantly weaker, I really appreciate the better sound that comes with having two speakers.

Remember what I mentioned about better battery life with an AMOLED display? Well, the battery life on the Redmi Note 10 is really great! I could easily last a day and a half with mixed-use alongside my iPhone (social media, YouTube, around 70-80% brightness). Playing some games definitely lowered battery life but I could still easily go through a day even knowing that.

It also helps that I could rely on its 33W fast charging to top up its battery in around 1 hour and 20 minutes. Unlike other fast chargers, I could get the same 33W when charging the Redmi Note 10 using my 65W USB-C charger.

Yes, The Cameras are Still Good.

An aspect of this Redmi Note 10 review that I had little doubt about is its cameras. There may be no differences on paper, but I feel like the photos it takes are more refined. We have a quad-camera system in the back that consists of a 48MP main camera, an 8MP ultrawide camera, and two 2MP cameras for depth sensing and macro shots. A 13MP front camera rounds up the cameras in the Redmi Note 10. Admittedly, I’m getting tired of seeing these 2MP cameras on budget phones. I would rather have a 48MP main camera and a 48MP ultrawide camera. That’s just me, but I think phone makers find it easy to market more cameras than better cameras.

Without further ado, here are my thoughts on these cameras! (Click on the photos for full-resolution versions.)

One of the things I noticed when taking photos with this phone is the more consistent colors it produces. Yes, the colors don’t pop as much but I also don’t have to edit as much here. There are some spots where I see a bit of sharpening but it isn’t too offensive.

Although some parts could get lost in focus like the green leaves below the house, I generally like the quality when things are in focus. Sometimes there are parts that get dark even if it isn’t too dark outside. It focused more on the sky that it made the rest of the shot look darker.

It’s in sunset shots like these where I can really see the good colors. The shadows of people in the photo above didn’t smear too much or at all. Even when I don’t point the camera towards the sun, the photo highlights the sun while still keeping the sea as sharp as possible. I also like how the color of the sun can influence the look of the photo. All of them still look nice here.

Remember that photo where some parts go dark? It becomes more apparent in low-light like the photo above. You can barely see the trees but you can see the mall lights shining and the people nearby. When I tried adjusting the autofocus though, it would overexpose the mall lights.

Zoom photos are okay but are mostly using the 48MP main camera with some support from the 2MP depth sensor. Meanwhile, the 8MP ultrawide camera really brings a lot of fun into taking photos with phones. Don’t use that camera for night shots though since there is a noticeable difference in quality.

How Are The Selfies?

I’m actually happy with the quality of the Redmi Note 10’s 13MP front camera. There’s a lot of detail to play with here. It surprises me that a lot of budget and midrange phones have high-megapixel front cameras. Having one makes even more sense in the world where video calls are more common.

All in all, I’m really glad that Xiaomi didn’t scrimp on the cameras too much. The quality is decent enough for most scenarios but you shouldn’t expect way more.

Should You Buy the Redmi Note 10?

The base model of the Redmi Note 10 comes with 4GB of RAM and 64GB internal storage for P8,490. There’s also a 6GB RAM + 128GB storage model for P9,990. To be honest, I wouldn’t go for the higher-tier model because of other phones that Xiaomi has. (This includes the recent release of the Redmi Note 10 5G that offers similar performance and 5G connectivity.) If you’re looking to buy a budget smartphone and 5G isn’t a priority for you, this is probably one of the best options out there.

A lot can change in the five years since I started writing about tech. I never would have thought that budget phones would get so good that they would make a capable second phone for me! Flagship phones may still hold my main SIM card. However, I will no longer hesitate on getting a budget phone after my Redmi Note 10 review. This phone is one of the best in its class and it’s gonna be hard to top.

What do you think of the Redmi Note 10? Sound off in the comments!