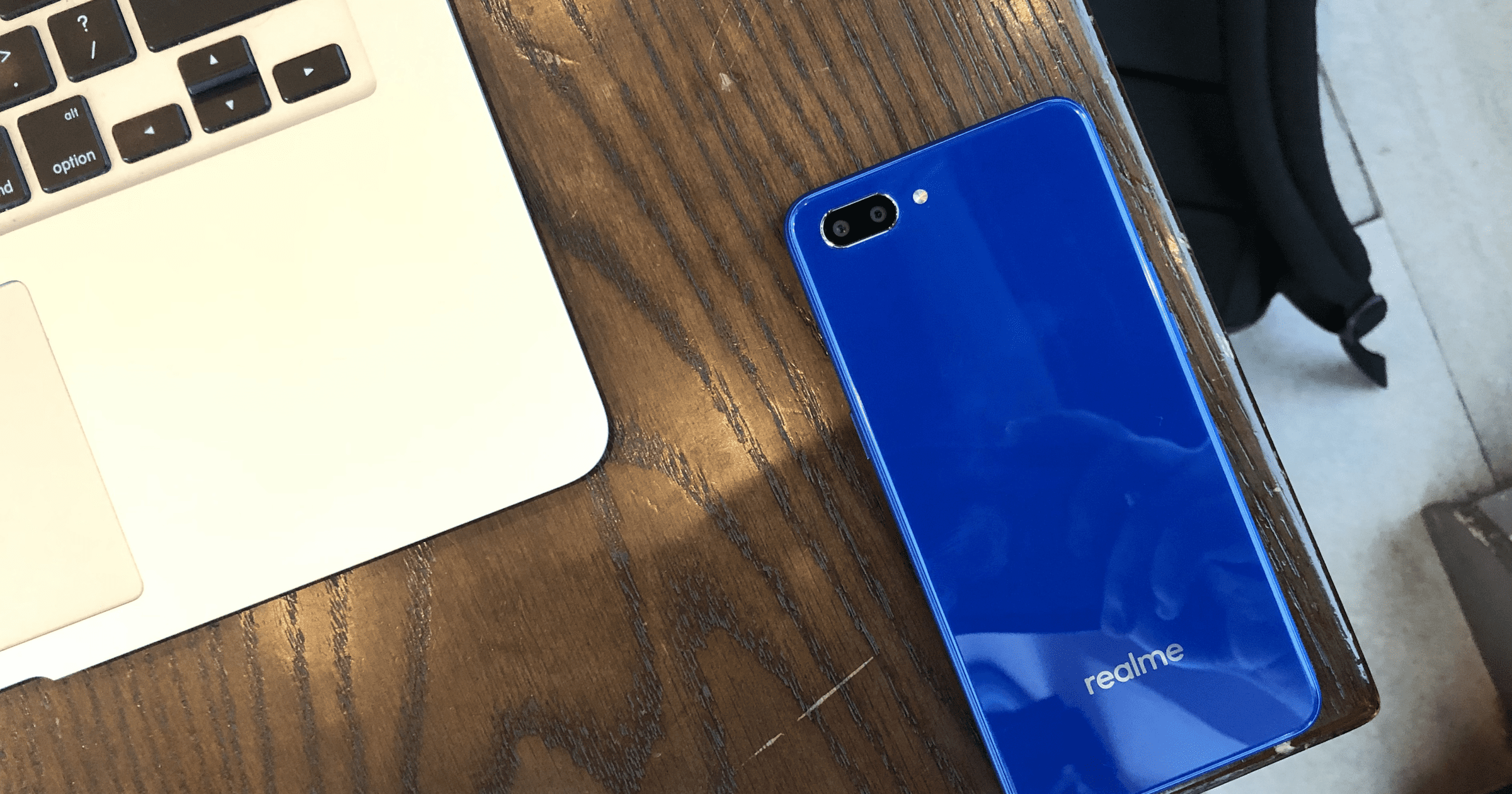 One thing I’ve learned in 2018 is how affordable smartphones are. A LOT of brands are really going for the lowest possible price point to gain mindshare. You can either get the best possible smartphone experience for around P30,000 (or more) or get the essentials for just P10,000. Realme is trying to convince me that I could get the essentials of a smartphone for less than P10,000. My question is: have they succeeded? Do they truly carry the Real Entry Level King, as they claim? We’ll find out in my full review of the Realme C1.

The rarity of bad-looking phones these days continues to surprise me. I’m so happy that even affordable smartphones can look very good! The Realme C1 is one of the most beautiful phones I’ve seen at its price point. Sure it may look like another phone from another brand, but you can’t deny its looks.

It comes in two colors: Mirror Black and Navy Blue. I prefer blue of course, but I’ve seen the black and it also looks as good. The glass back worries me, but that’s largely a 2018 trend more than anything.

I have a shocker for you. Entry-level smartphones still carry the one port that just won’t die: the headphone jack. Apple may think that wireless is the future. Too bad people buying these phones won’t even think to get wireless headphones. I just wish we can move on from the micro USB port though. It’s one way to make the phone cheaper, but it would be nice for EVERYONE to move to USB-C. I didn’t expect Realme to put better speakers, so the speaker on the bottom left of the phone is fine.

The buttons are clicky enough (so much so that the included jelly case won’t hinder that). Good thing this phone has a micro SD card slot and can have two SIMs. Only one gets LTE though, so the other one is mainly for texts and calls. The overall design may be plain and simple, but that’s exactly what Realme needs to do for this one.

One thing that worried me with the Realme C1 was its performance. You’d think at this point they would skimp on the specs. Good thing they put a Qualcomm Snapdragon 450 to at least have better power management and performance at a lower price.

Like the Nokia 1 review, I didn’t even try to run benchmarks like AnTuTu. There would be no point in doing it since I already know it wouldn’t get a big score. It’s better for me to just use the thing in the long term. (This is why it took me a while before I could write the review.)

The only qualm I actually have with the C1 is the 2GB of RAM. Knowing how Android works, I didn’t think it could hold a lot of apps in memory. I would be willing to pay more if it had 3 or 4 GB. Other than that, I think its performance is solid. It could run games at moderate settings. I had to change the launcher (Nova Launcher) in order for it to feel faster but there’s only a slight difference.

This one’s probably the easiest section to write about. The Realme C1 has a generous 4230 mAh battery! With normal use, I could last a day and a half easily! One downside for me is that a 5V/1A charger is included in the box. It would have been nice to get at least a 5V/2A one but this is one way to save on cost.

It’s one thing to be amazed with how the C1 performs and it’s another to be surprised by its photos! For a phone that costs less than P7,000, the photos from it are great! Low light is really good and daylight photos are great! Words don’t do it justice, so check out my Facebook album below and see for yourself.

These are photos taken from the Realme C1. If the photos seem of lower quality, then blame Facebook’s compression. Full resolution photos here: http://bit.ly/URTRealmeC1Photos

The photos on the Realme C1’s camera tend to go brighter than the iPhone. You can check out my comparison photos on the blog and see them.

If you think Facebook’s compression sucks or can’t see it, download the photos for yourself. Enjoy!

Since Realme started out as a sub-brand of one of my favorites, OPPO, they use ColorOS. As of this writing, Realme released ColorOS 5.2 to the Realme C1 here in the Philippines. Coming from the OPPO F9, the software is really similar. It performs fine and gets hobbled due to the 2GB RAM. Nothing much more to say here.

Should You Buy The Realme C1?

If you’re looking for a smartphone that lets you do more and make it your main computer, this isn’t for you. It can run your basic social media and photo apps, take photos, watch videos, and more. This phone is for the first-time smartphone buyer. It’s for someone who just needs a phone that does social media, photos, and YouTube. It’s also a way more accessible smartphone for those who need to use a phone abroad (just like me!) thanks to its Dual SIM capabilities. Its battery can hang with you most of the time, though I wish it could charge a bit faster.

Basically, get the Realme C1 if you need a phone that gives you the essentials and then some.

What do you think of Realme’s first smartphone in the Philippines? Would you buy a phone this affordable knowing what it has and what it hasn’t? Leave your thoughts in the comments below!