Realme 3 Launch in India on March 4! 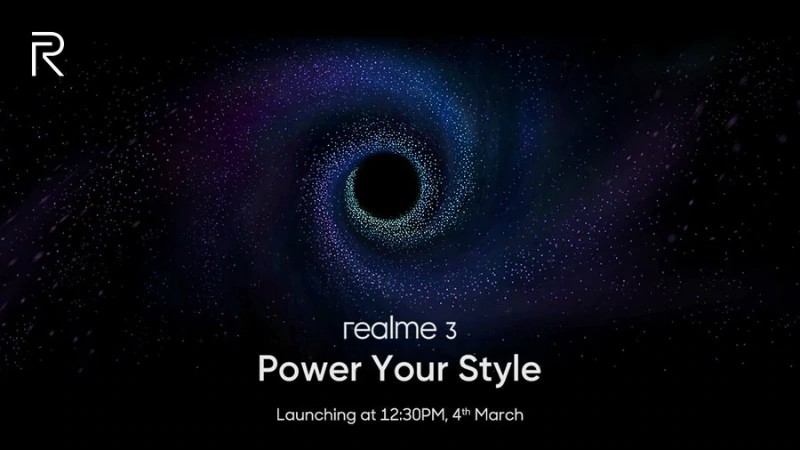 Realme made a lot of waves in the short time since it came out as a sub-brand of OPPO. From the launch of the Realme 1 all the way up to now, their mission is to bring Power and Style to the youth. As they say, they are Proud to Be Young. In the Philippines, all we have from Realme is their entry-level C1 smartphone. Good thing that’s about to change. Promotional material from Realme in India gives us an idea of the Realme 3 launch there on March 4!

What’s With This Realme 3 Launch?

The Realme 3 launch will happen at 12:30PM on March 4 in India. Teaser photos such as the one above and another below show what this new Realme smartphone will have.

Another Dual-Camera Phone from Realme!

If the above image is to be believed, then we could see the Realme 3 having a dual rear camera setup. This would signal the first time that Realme will launch a dual-camera phone in the Philippines. (Here’s hoping that will happen!)

A leak also came out on Twitter giving us the first look of Realme’s upcoming smartphone. It came from Twitter user Ishan Agarwal where he took a shot of the front of the Realme 3. It shows the Dewdrop Notch. There was also a mention of ColorOS 6.0 (based on Android Pie) and the use of the MediaTek Helio P70! This looks like a phone I’ve reviewed before but at least it looks better than a big notch. I just hope it comes out with an affordable price!

What do you think of the upcoming Realme 3 launch? Are you excited for it to come to the Philippines? Sound off in the comments section below!