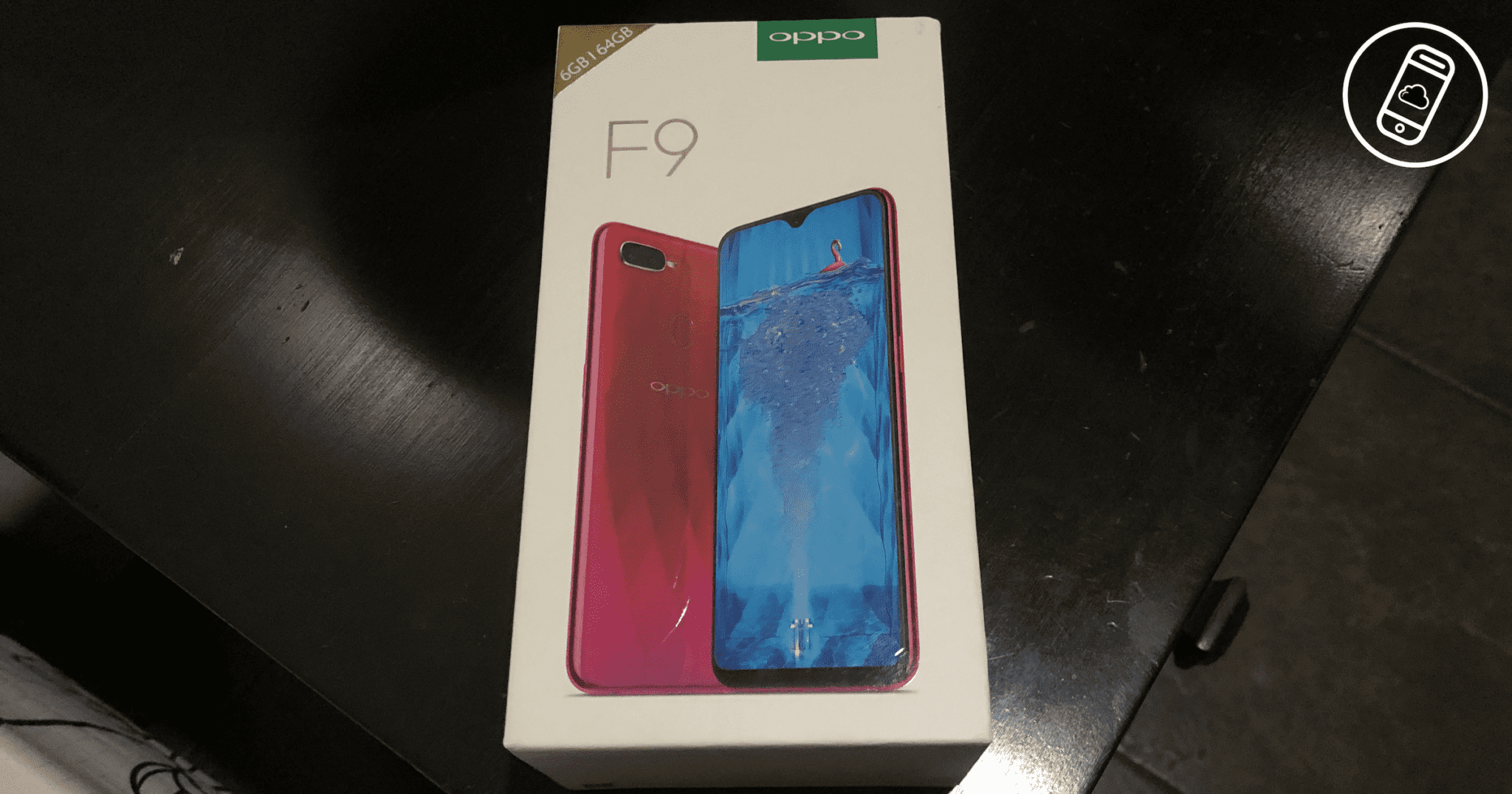 OPPO’s probably one of the busiest phone makers in the Philippines right now. It really shows their confidence in their full lineup as they released both the Find X and their newest entry: the R17 Pro. Despite that, I still think that OPPO’s F-series smartphones will still sell the most.

So I managed to get the latest in the F-series: the OPPO F9!

The box itself is bigger than previous F-series phones. You’ll see why as I show you what’s inside the box in this OPPO F9 unboxing!

If you notice the micro USB cable and the adapter being bigger than usual, then you’re not wrong. The OPPO F9 supports VOOC Flash Charge technology! OPPO claims that you can get 2 hours of talk time with just 5 minutes of charge! It’s also a nice touch that OPPO includes a clear jelly case. I wish more companies would put cases in the box of their phones.

VOOC is No Joke!

When I first got the phone, there wasn’t any charge in it! What better way to start my first impressions than to try out OPPO’s VOOC Flash Charge technology! This really amazed me! I got to around 80% in less than an hour! Sure there’s SuperVOOC on the R17 Pro, but for an F-series phone this is incredible!

This phone begs to have its photo taken!

I got the Sunrise Red model. It has this gradient that goes from the red on top to a light purple on the bottom. I can’t help but feel mesmerized every time I look at the back of this phone!

For all my qualms about notches on smartphones, the one on the OPPO F9 is really pretty. I can’t say this enough times: this phone is probably the most photogenic one I’ve ever used!

It’s an LCD display but it’s good enough for the price. The notch doesn’t distract me anymore (probably due to using the iPhone X a lot), even when watching video. Most videos are still in the usual 16:9 aspect ratio so it’ll mostly be a black bar experience.

First Impressions on the Camera

The OPPO F9 has a dual rear camera: a 16MP main shooter and a 2MP telephoto shooter for those zoomed photos.

I first took a daylight shot at UP Town Center and the clouds really look good. Some parts of the photo may be unclear, but I really love how the colors pop.

This one really made me think that the camera on the F9 has good dynamic range! The way that the colors pop on this photo really amazes me.

I took a lot more photos on the F9 but I’ll reserve full judgment on it in the full review.

That was my OPPO F9 unboxing and first impressions! What do you think so far? Will the F9 ever be a solid midrange phone for the masses? Leave your thoughts in the comments below!