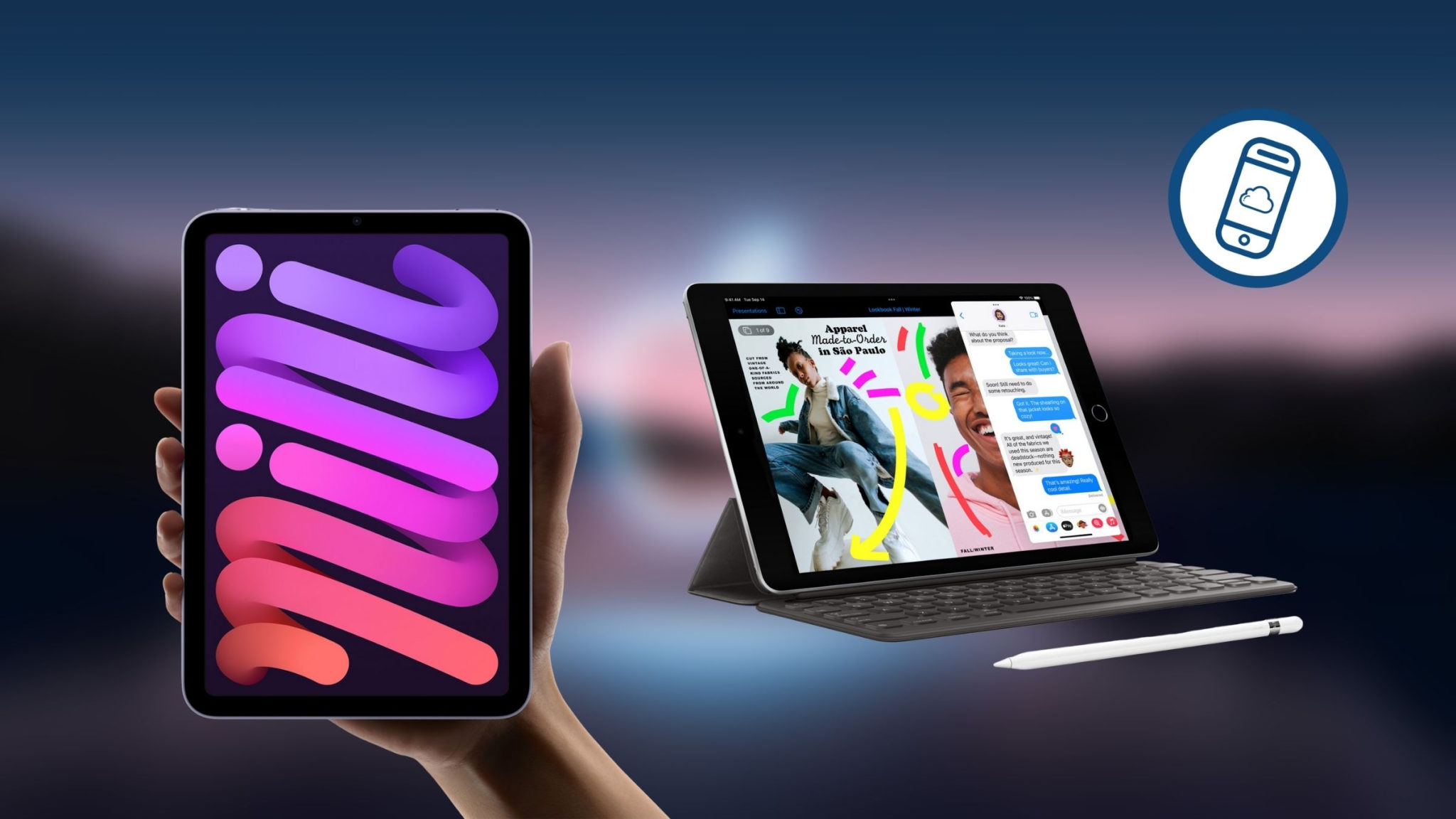 Apple just wrapped up its California Streaming event and I didn’t really expect these announcements to happen. Yet, here we are with two new iPads! One is a minor update to a tried-and-true model, and the other one is a major redesign.

The 9th-gen iPad Gets the A13 Bionic!

We’re basically getting the same $329 iPad that we know and love. Since it’s new, there are two standout features that we should consider. The first and obvious one is the A13 Bionic chip that helps with improving performance on iOS 15 features like Live Text. It should also help with better multitasking.

Getting that performance improvement is great, but this second feature really surprised me. The 9th-gen iPad gets the same 12MP Ultra Wide front camera we first saw in the M1 iPad Pro! This means that we’re getting Center Stage down to the cheapest iPad! Center Stage is a feature where it automatically keeps you in the center of the camera when you move around.

A bummer for me is the support for the original Smart Keyboard and the (STILL) ridiculous first-generation Apple Pencil. I just wish we can adapt the second-generation one to this iPad somehow.

Getting that 9th-gen iPad was already okay for me, but it wasn’t enough for Apple. More than two years after the last iPad mini, we’re getting a new one and it has A LOT to offer!

It was weird when they didn’t mention much about the chip used here. Apple was basically saving it for the iPhone presentation because it has the new A15 Bionic chip! This chip basically unlocks more performance never seen before in an iPad mini. Not only does it have a better chip, but it also has better wireless connectivity thanks to having 5G connectivity!

This new iPad mini not only has a new 12MP rear camera and flash but it also has the same new 12MP Ultra Wide front camera with Center Stage! (This also sucks for those iPad Air 4 owners since they’re missing out on that and 5G.)

This new iPad mini carries the new design language started by the 2018 iPad Pro. It allows for the same Touch ID in the power button, the 2nd generation Apple Pencil, a bigger 8.3-inch Liquid Retina display, and a USB-C port for better connectivity!

What do you think of the new iPads? Were you one of the unlucky souls who bought an iPad Air 4? Sound off in the comments!