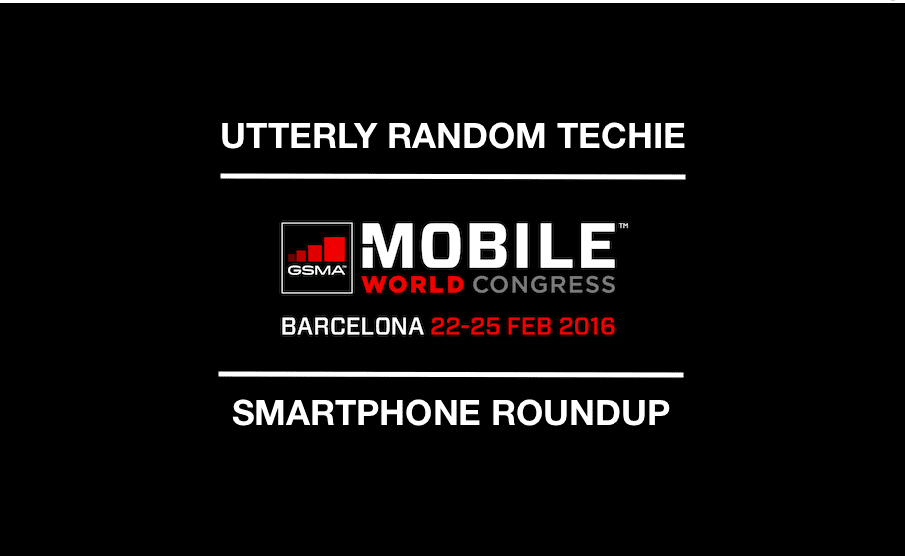 The Mobile World Congress 2016 just wrapped up last week and there were a ton of announcements done during the event. Rather than go through ALL the stuff that the tech companies announced, I’ll just round up the biggest smartphone announcements that happened in MWC 2016!

DISCLAIMER: All images and video content shown here are owned by The Verge and Android Authority.

The smartphone industry hasn’t had a major breakthrough lately. All I’ve been seeing is just improved versions of the same rectangular slab. I was so happy when the LG G5 was announced. This phone is by far my absolute favorite of the bunch!

Why is that? It’s mainly because of its modular design! LG found a way to have an all-metal design and STILL have that legendary removable battery! Most manufacturers these days ditched the removable battery in the name of design. Good job LG for sticking to your guns with this one!

The biggest thing that the G5 has going for it is the modules that can be attached to the phone for even more expandability and power! LG calls these modules “Friends”. The ones that launched with the G5 are the LG Cam Plus and the Bang & Olufsen Hi-Fi Plus. The former enables hardware camera controls and the latter has a 32-bit DAC (digital to audio converter) for higher quality audio.

Personally, I really love the G5 and this would make a good primary Android smartphone in the future! For info of specs and the usual info, check out Android Authority, The Verge, and other tech sites’ takes on LG’s latest entry.

You may wonder in the lines of: “Are you fooling me? That looks like the S6!”. Yes, it does look like the S6 from last year. Samsung just went with the “if it ain’t broke, don’t fix it” approach this time around. They also kept the curved back from the Galaxy Note 5. It even looks like they shrunk the Note 5 to make the S7. Hehe. Good thing they bumped up the battery to 3000mAh for the regular S7 and 3600mAh for the S7 Edge. Oh, did I mention that Samsung gave the S7 Edge a 5.5″ screen? Maybe this is a strategy that won’t let them release an S7 Edge+ later in the year.

Since I find this phone rather boring (sadly following Apple’s tick-tock strategy), I’ll leave The Verge’s video on their first look:

Seriously though, this is one of the more underwhelming phones in MWC 2016. The next one is a big deal though, especially for its price.

For me, Xiaomi has been a success story. To think it can go toe-to-toe with Apple in the Chinese market! Whew! They finally announced their latest flagship, the Mi 5! The design somewhat looks familiar, but Xiaomi has established their own design language and philosophy and stayed away from Apple and Samsung in that sense.

Seriously, look at this! I would be confused what I want to get between the G5 and this beauty:

The Mi 5 launch event during MWC 2016 was done in conjunction with Qualcomm so it was sure that the Snapdragon 820 was powering this phone. The start time was even 8:20! They were really going for it. But what amazed me is the price:

The PRO version has the 128GB internal storage and just costs $360! The entry level Mi 5 just costs $260! For a phone which has a great design and great specs (Snapdragon 820, 4GB RAM, 16MP camera), this is really REALLY affordable!

We all know by now that Microsoft isn’t really successful with their mobile efforts and Windows 10 isn’t exactly doing them any favors. So HP has decided to take matters into their own hands with their latest smartphone effort, the Elite x3. Unlike the previous phones, HP’s aim is for this device to be your only device. This phone has a 6″ quad HD (2560×1440 for those who don’t know) display, 4GB RAM, and the Snapdragon 820. The concept really looks interesting but it sucks that it can’t run full Windows desktop apps (a common downside to having an ARM chip). I give HP kudos for trying this concept out with a Display Dock accessory and a laptop-like accessory.

Here’s The Verge’s take on the Elite x3:

Thoughts on MWC 2016 and the Market

I think that unlike last year where manufacturers decided to hold their own events, they went back to Mobile World Congress to regain confidence in their offerings. The competition will only get fiercer as phones from other manufacturers like the Alcatel Idol 4 and 4S and the Sony Xperia X line try to make some waves. It’s most likely though that the phones I’ve mentioned above will have the biggest impact through the rest of this year. Not to mention the elephant in the room: Apple. All in all, I enjoyed the coverage of MWC 2016 and here’s hoping that the phones here get to as many hands as possible.

That’s it for the smartphone roundup! Did any of these phones catch your eye? Sound off in the comments!