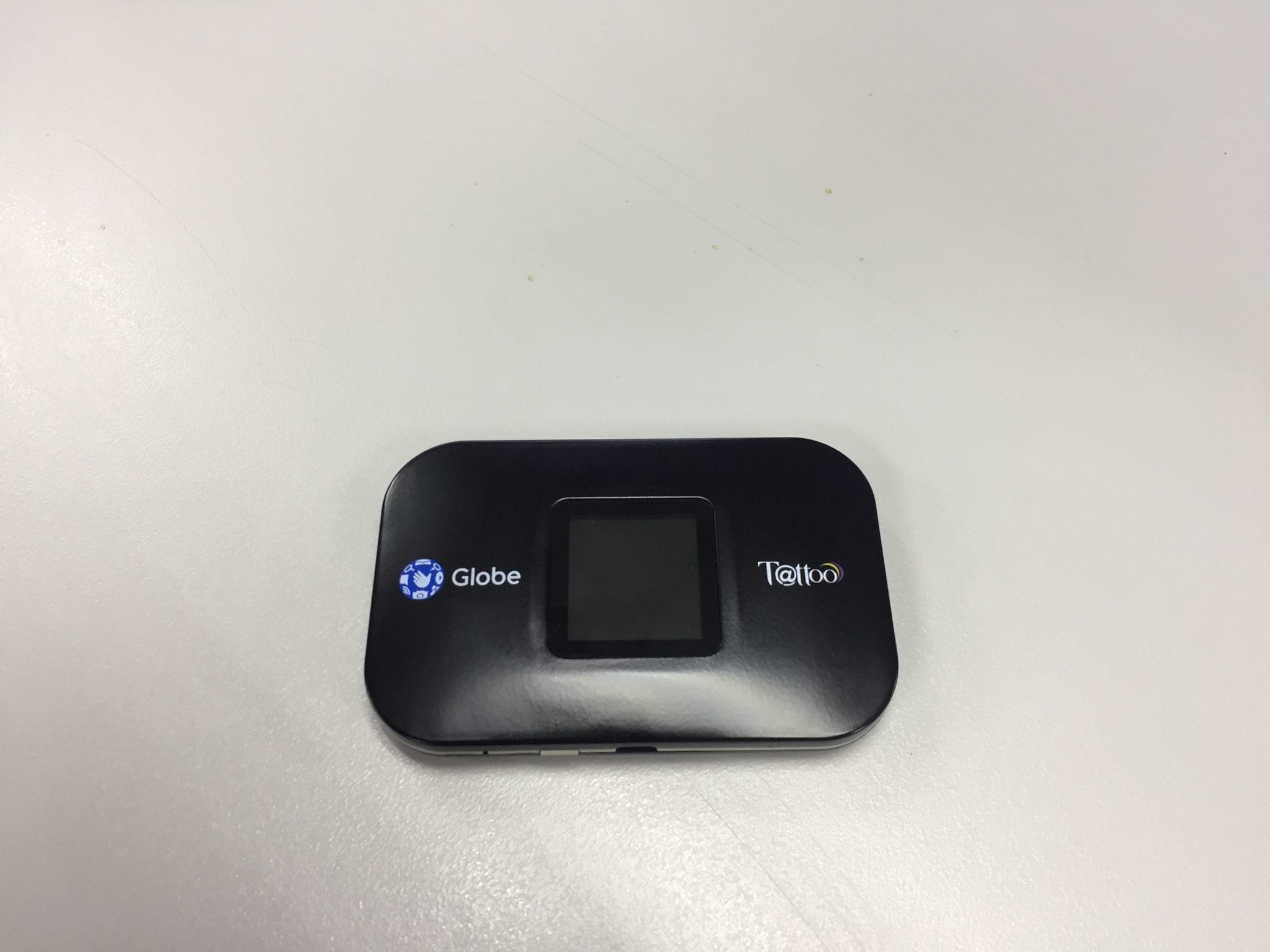 [UPDATE]: This is the review of the previous Tattoo LTE Mobile WiFi that Globe released.
For the new one, click HERE.

Globe has been on a roll lately. While letting people get a postpaid plan without strings in the myLifestyle No Lock Up Plan, they gave a price cut to their Tattoo prepaid WiFi devices. I already did a review on the Tattoo Mobile WiFi and a big negative for me was the lack of LTE. I can’t blame them though. At P888, it’s a great deal for your money if you want an affordable pocket WiFi with you. Now I managed to get the better prepaid WiFi device: the Globe Tattoo LTE Mobile WiFi.

From the name of the device itself, it has LTE. I was really excited to try out this device! I’m glad I did because I think that it is a great partner for a digital nomad! I’m also glad that it is now at a more affordable price of P1995! You want to know why? Here’s my review on the Globe Tattoo LTE Mobile WiFi!

Let me start by saying that I’ve been using this device on and off for almost 3 weeks now. (From this review forward, I will be specifying how long I’ve used a device for review.) Despite my busy life at work, I do some light browsing to pass some time. When I’m not at work, I use the Globe Tattoo LTE Mobile WiFi primarily to be online when I’m outside the house. I take advantage of using this when I know that there’s no WiFi. Even when there is WiFi, it is so slow so I also take advantage of the device. I use this for posting to my blog, reading a lot of news, and watching YouTube videos.

I won’t go into detail about the look of the device since I covered that in the unboxing of this device. My focus will be on how it performs, how reliable it is, and most importantly: how fast the internet is. Let’s begin, shall we? The device performs really well. Despite the random reboots that happen, I am happy with what it provides me. (I have to admit, I was really annoyed by those random reboots). I can’t say the same for its battery life though.

After around 4-5 hours of continuous use, I have to plug the device to an outlet or a computer through USB.  LTE consumes a lot of power compared to 3G or HSPA+. It’s a bummer but I’m fortunate enough that it can actually last that long. Some devices last even less than that. One thing I don’t like about WiFi devices is when they tend to lose their connection while walking around. I decided to test if the Globe Tattoo LTE Mobile WiFi can do that thing less. What I did was go around IT Park while using the LTE Mobile WiFi. I then checked whether Facebook, Instagram, and YouTube would work fine.

Around 5 to 10 minutes after walking around, I found out that it can hold up well in that aspect. Despite going through the elevator and walking around, I only experienced a few problems and they just involve going up an elevator.

I also found out during the Cherry Prepaid event that the Globe Tattoo LTE Mobile WiFi can connect up to 10 devices without any loss in connection speed! LTE is really capable enough to handle the sharing of internet connection to multiple devices.

All in all, the Globe Tattoo LTE Mobile WiFi is a good device you can rely on. I always put this part last because this is mostly what people care about most in a pocket WiFi device. You want it to provide the best internet speed it can offer. Without further ado, here are the speed tests!

Before anything else, I want to mention the speed that Globe claims is up to 42 Mbps. In real world use, you can only get like 40-50% of that speed if we account for the cell site and the number of users near the said cell site.

I won’t go into too much detail as to what I was doing before performing the speed tests. Just the results and the average download and upload speed.

With that out of the way, here we go!

This is a miss on my part, but I didn’t get a chance to take note of the speeds of the other places where I was using it. Sorry about that. All I can say after almost 3 weeks of using it is that the Globe Tattoo LTE Mobile WiFi is more than capable of providing fast data speeds to people who need it.

Take note that you should judge based on your cellular signal coverage when picking between getting Globe or Smart. Globe is generally great in IT Park, Ayala, and at my place. What may work for me may not really work for you.

This aspect doesn’t involve the device itself, but the telco provider that sells the device: Globe. As much as I appreciate and like some of their promos such as GoSurf50, I can’t help but feel that it is lacking.

LTE brings more data faster than 3G so my data consumption actually goes up. I easily get disappointed when I run out of data since I feel that it is gone so fast. Globe should provide more affordable promos to consumers who use the Globe Tattoo LTE Mobile WiFi. Despite the speed that it provides, it can only go so far if the promo runs out right away.

A great positive though is the fact that Globe gives you FREE 5GB of data when you buy the Tattoo LTE Mobile WiFi! It’s already a great deal on top of the affordable price of the device. Despite my negatives on the promos and the random reboots, I can personally recommend the Globe Tattoo LTE Mobile WiFi. Anyone who is looking for the best mobile internet experience from Globe can surely get it with this device. If you’re looking for a reliable and fast way to connect to the internet on the go, you surely can’t go wrong with this! Since it just costs P1,995 and you get 5GB of data right away, it’s really really affordable! Get one now from your nearest Globe store!

Do you plan on purchasing the Globe Tattoo LTE Mobile WiFi? If you have one, what do you think about it? Do you want me to do more speed tests? Sound off in the comments below!

Published in Tech and Tech Reviews