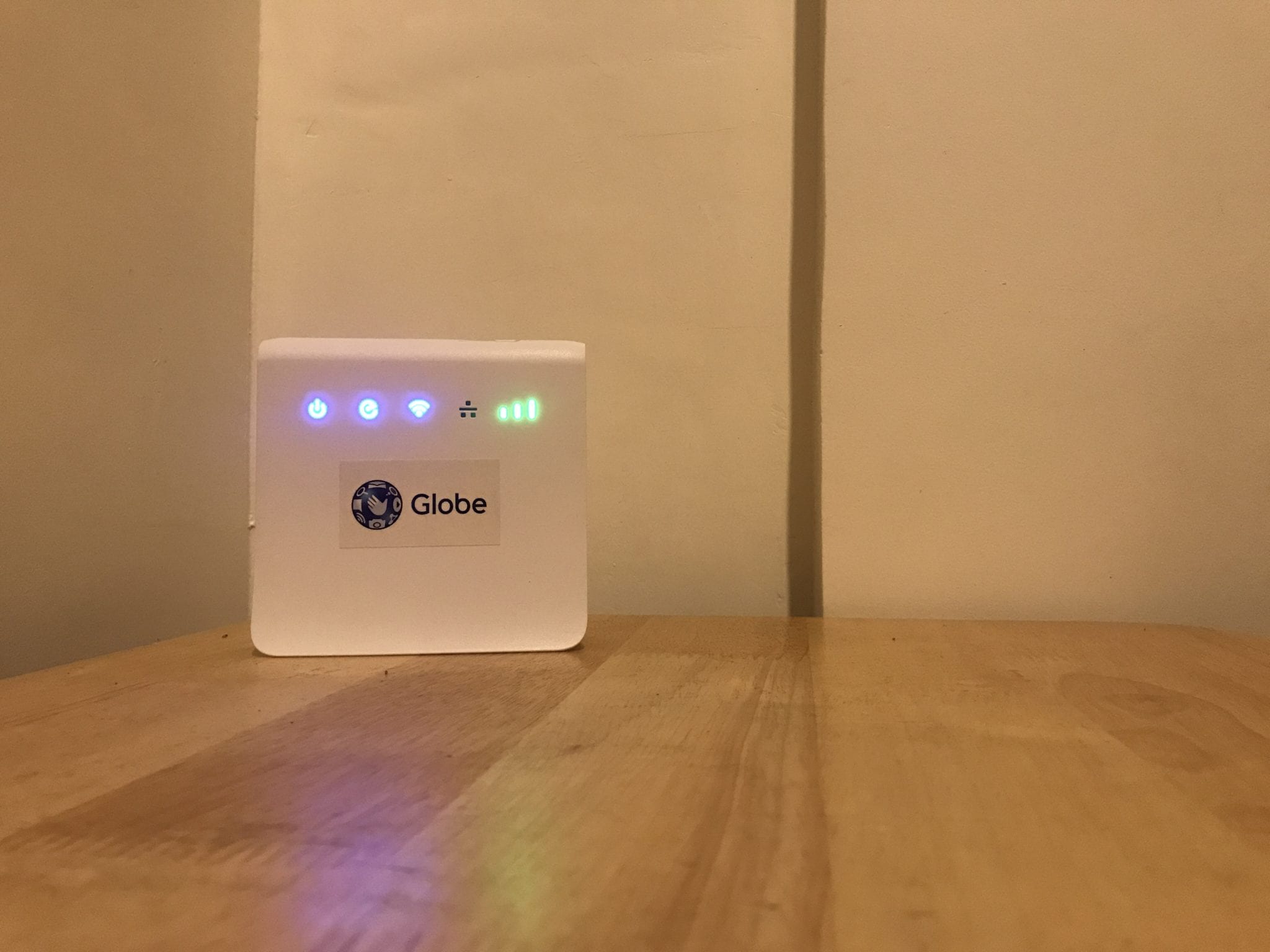 In the past year, Globe provided a lot of ways to make internet access more affordable to more people. They first made the LTE Mobile WiFi and 4G Mobile WiFi devices cheaper. Earlier this year,  they also made their postpaid plans more friendly to people who only want mobile data with ThePLAN.

Late last year, they also gave us the Globe Prepaid Home WiFi. It is basically a WiFi router that connects to the internet using mobile data. Globe claims that it has 50% faster WiFi than any Globe mobile WiFi device. Since there were no telephone lines in our new place, I decided to buy one. As I mentioned, we still didn’t have telephone lines at our place. This means we couldn’t get any kind of wired broadband. Good thing I thought of this device!

As of writing this, I used the Globe Prepaid Home WiFi for more than 2 months. I actually prefer to review products meant for the home after using it for a long period of time. Unlike pocket WiFi devices, home devices stay put in one place. Dropping them happens less often at home, so I have to know whether it can withstand the trials of being in that environment.

Globe also claimed that their Prepaid Home WiFi is easy to install. Well, they’re right! People say that you don’t need to read a manual if a gadget is easy to use. For me, this device is easy to install and use. Maybe people who aren’t so tech-savvy need to read the manual for network-related instuctions. Besides that, the installation and setup of the Globe Prepaid Home WiFi is simple. It would only take a few minutes to set it up.

I expected the Globe Prepaid Home WiFi to do well. It’s a home WiFi router, so it should do better than those pocket WiFi devices out there.

I can confidently say that this device has a significantly better WiFi signal than those pocket WiFi devices. If a pocket WiFi has a weak signal when I’m in the bathroom, the Prepaid Home WiFi does a lot better. (YES. Don’t deny it. You use your phone there too.) Sadly, it only reaches within the top floor of the house. The WiFi signal disappears when I’m downstairs. If you have a big house, I think you need a WiFi extender for that.

Well, how about the LTE internet speed? I don’t need to explain further. Here are some speed test results:

As you can see, the LTE speed is great! Still, it depends on where you are. If you live in a place that doesn’t have LTE yet, I suggest you just get a Globe 4G Mobile WiFi for just P995. You can get a pocket WiFi from Smart if their signal is much better than Globe’s. For me though, the speed on this device is great!

If I were to end my review without this segment, I would wholeheartedly recommend this product to you! Sadly, there is something I wanna share.

The adapter on my Globe Prepaid Home WiFi suddenly became intermittent. There are times when the adapter works, and there are times when it doesn’t. It really got annoying to the point where I just used an adapter that so happened to fit on this device. Still, I went to Globe to know if I could get it replaced.

They actually just told me that no such issue happened and even if it was really broken, THEY COULD NOT DO ANYTHING since it is past the 7 DAYS REPLACEMENT! This is INSANE! I can’t believe that Globe would just shun me like that. I didn’t even say that the device itself was broken. JUST THE ADAPTER. And they COULD NOT FIND A WAY! I am so disappointed with how they handled this ordeal. Overall, you should at least give this device a try. The setup is easy and the WiFi signal is better than any pocket WiFi device I’ve tried. If Globe’s LTE is strong in your location, you should strongly consider this device. I would recommend against getting this one if you don’t like buying load.

If you’re planning on getting one, I suggest you REALLY TAKE GOOD CARE of the device and its adapter. If you’re the type of person who’s careless with stuff like this, then DON’T BUY THIS. You will just end up disappointed with your purchase.