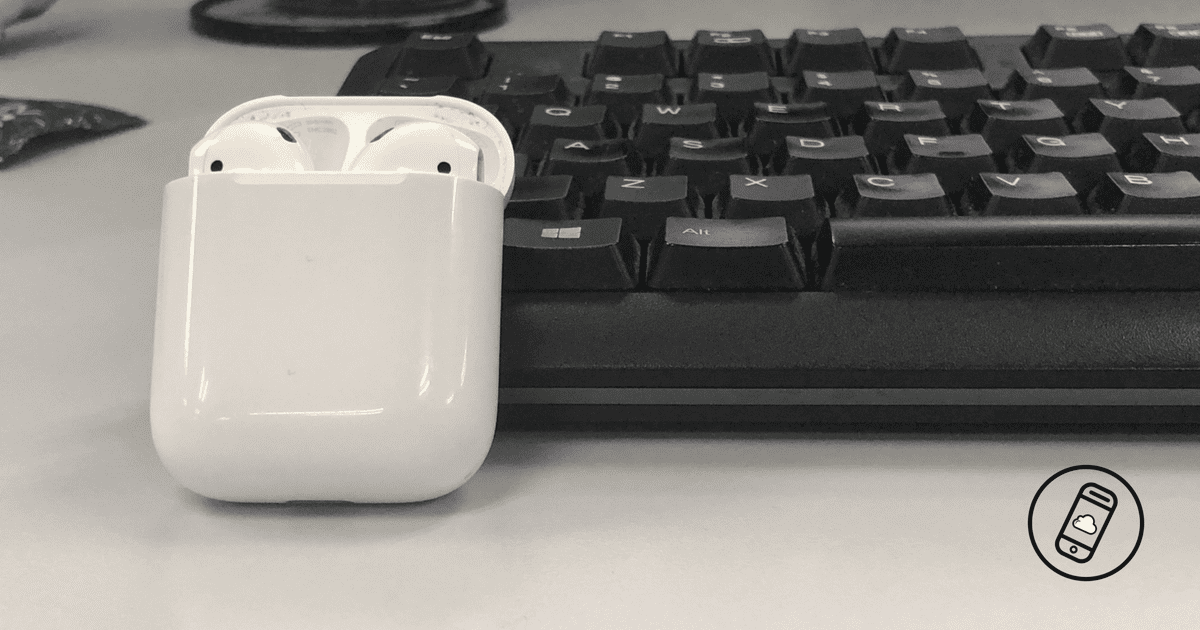 Did you know that Apple already made a wireless headset before? It came as a companion to the original iPhone. It still had the usual Apple design chops. That headset didn’t sell well though, so they removed it after a year of sales. In 2016, Apple introduced the iPhone 7 without a headphone jack and people FREAKED OUT! People didn’t ask for it. There’s even a rant dedicated to it. Apple wants a wireless future, and it started that vision by putting out the AirPods. 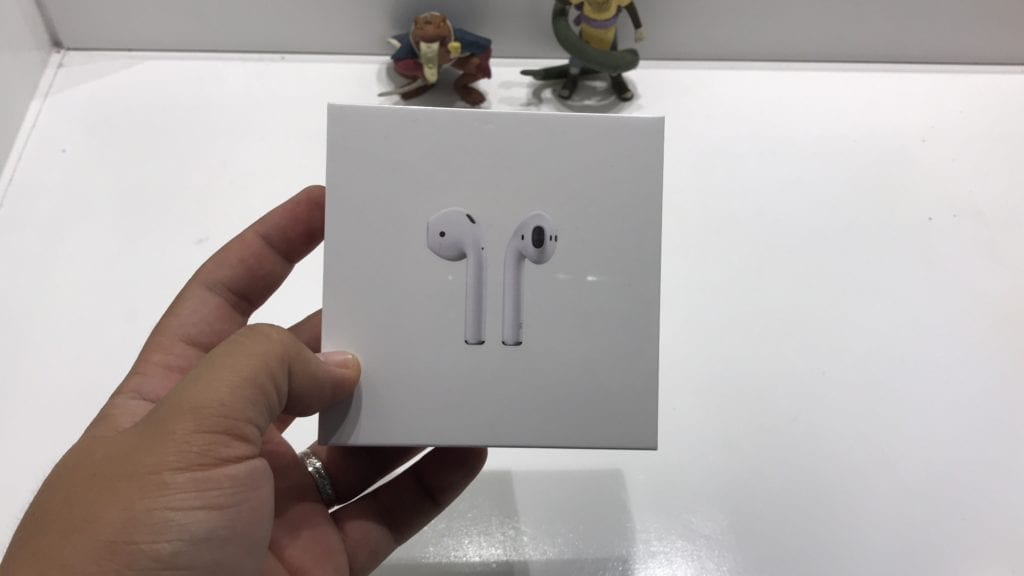 It surprised me at first as to just how small the AirPods actually are. When I saw it during the iPhone 7 announcement keynote, I thought it would be quite bulky. Clearly I was wrong! It actually looks like a pack of dental floss. I could easily say that these are one of the most pocketable earphones ever! Since the AirPods are in a carrying case, you don’t have to worry about annoying wires when pulling them out of your pocket! 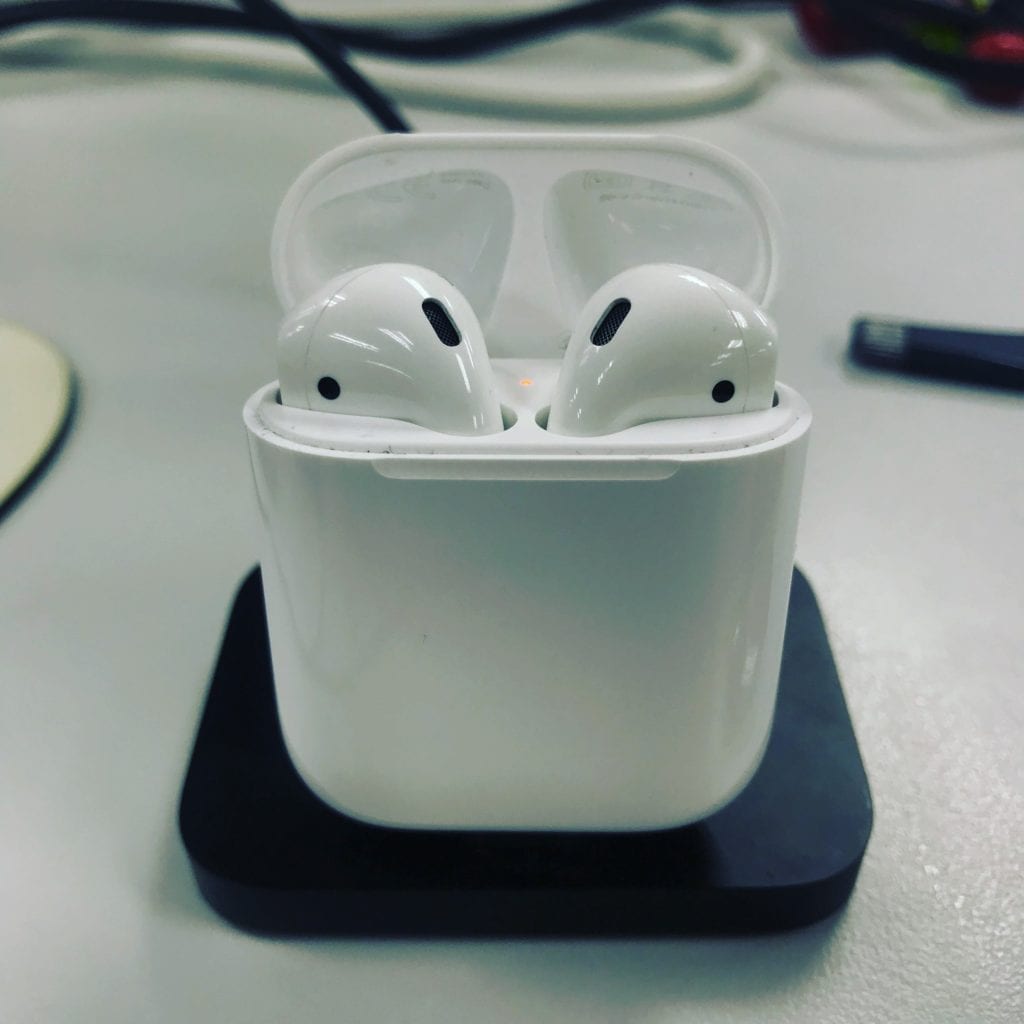 I even love how the AirPods slot in the charging case through magnets! In that way, these AirPods charge easily. I have to admit that these things would get lost easily when they’re not in the case. I’ve heard A LOT of stories from articles about people randomly losing these. I hope there would be some way to find them easily for the next generation of this product. 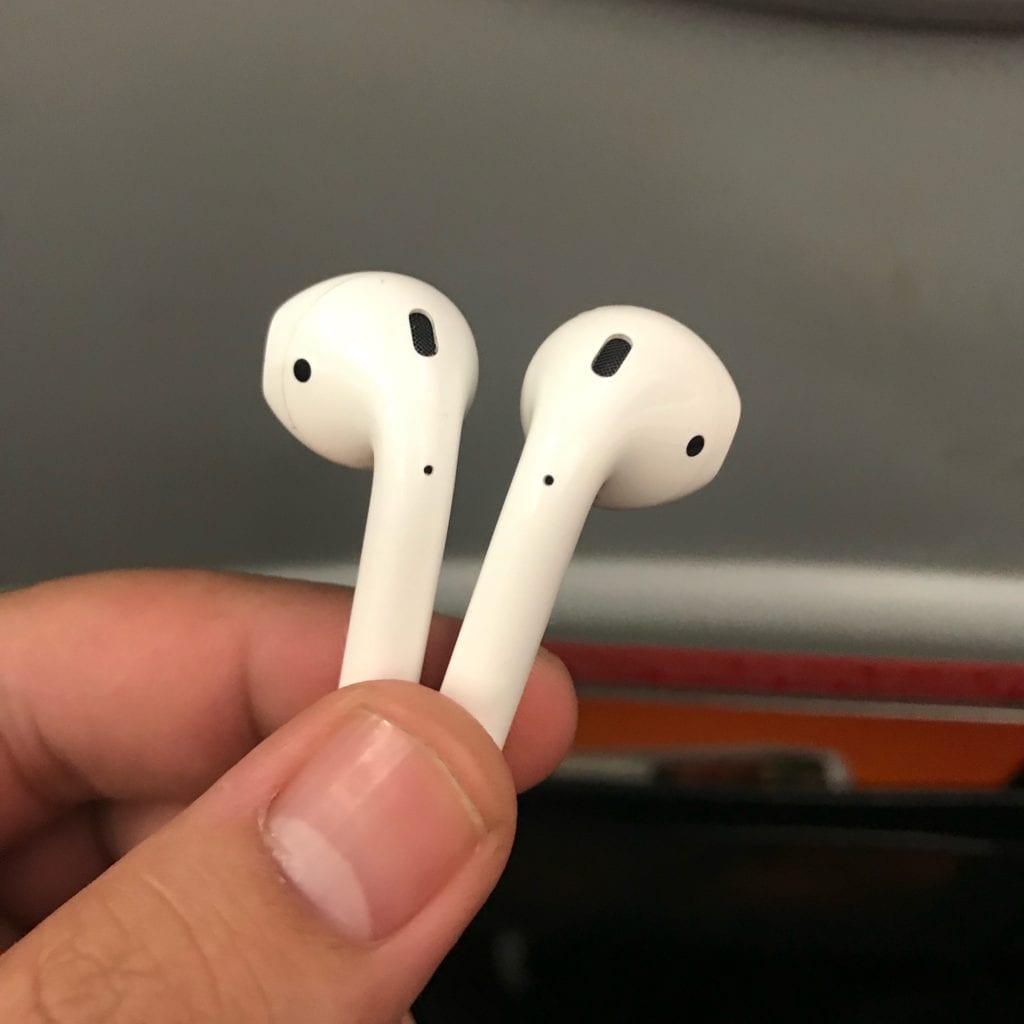 Just look how the small the actual earbuds are! It is really legitimate flaw that you can easily lose these. I would highly recommend you DO NOT get these if you’re the kind of person who loses stuff easily! I managed to drop these a lot more than I expected. I’m surprised at how durable these are despite the fact that they are small. The case can sure collect a lot of scratches but I expect that knowing plastic Apple products tend to do that. You should still be careful since this is still a gadget. Expect the unexpected, one might say.

One thing I don’t like about the current design is that the AirPods tend to gather dust and dirt even when inside the case. The case itself tends to be dirty after constant use. I hope that there would be a cleaning cloth in the second generation to help clean this. (It probably won’t cost that much.)

Let’s be honest: these truly wireless earphones from Apple won’t have the best sound quality in its category. I didn’t expect it to be: they sound like the wireless version of EarPods. Despite that fact, Apple focused on making the wireless functionality ON POINT. You know what? They knocked it out of the park! 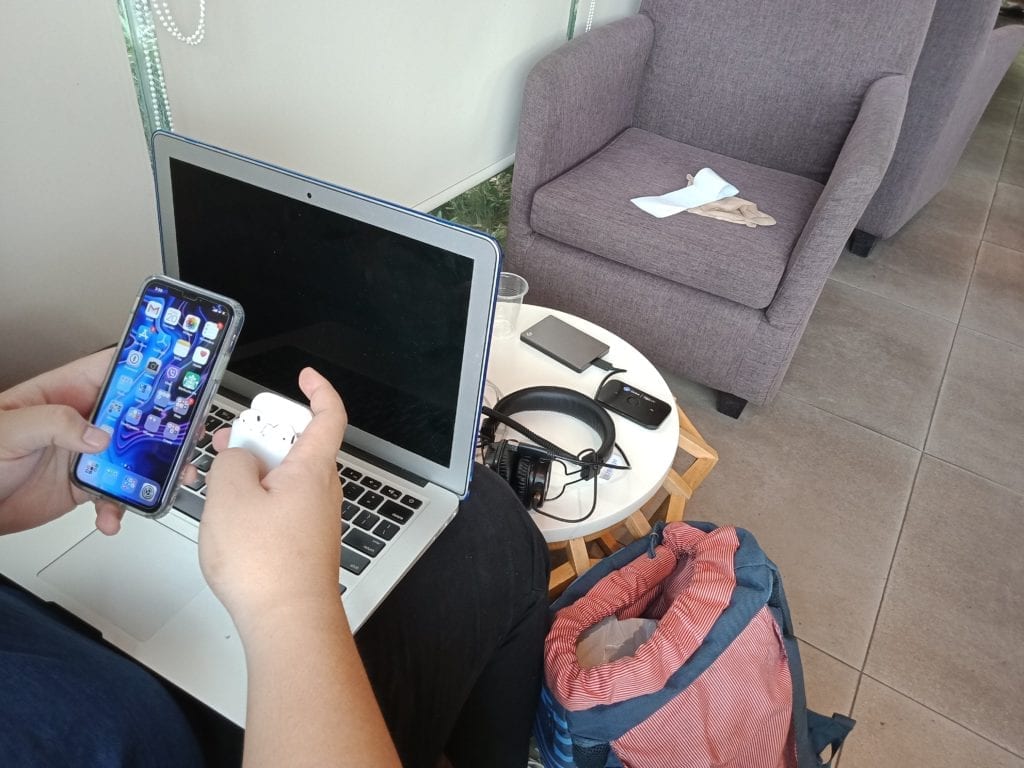 You can only do the setup with an iOS device. All you need to do is open the lid and a prompt will appear on the iOS device. Once you press Connect on the prompt, your iPhone or iPad will connect to your AirPods successfully! It’s just that simple!

Part of the Family.

On top of that, you no longer need to do the setup again for the rest of your Apple devices! They automatically recognize your AirPods as long as they are under the same iCloud account. It’s super easy to connect with another iOS device while it’s not so simple with a Mac. It’s not that much of a hassle though, you just select them through the Sound menu on your Mac. 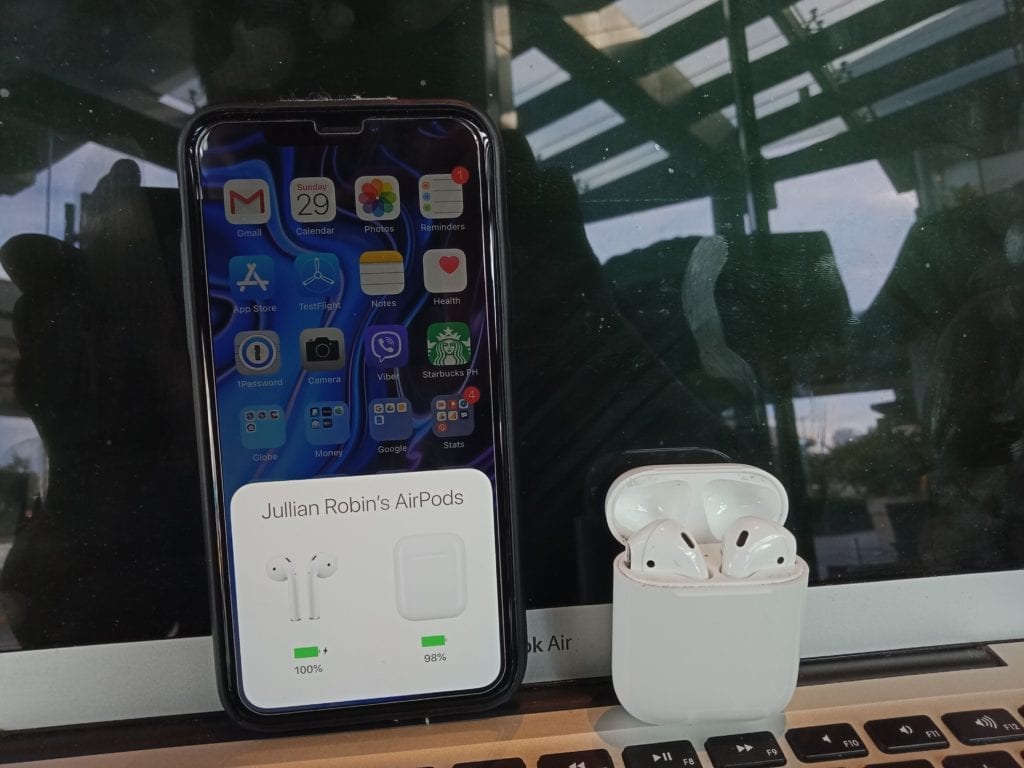 AirPods: The Strength of Wireless!

The AirPods’ biggest strength is how the little things center around it being wireless. After the pairing process, you can see the remaining battery on both the AirPods and the Charging Case. There’s more to these earphones than just that. You can double tap on each AirPod to do various tasks. You can assign an AirPod to Play/Pause, move to the previous or next track, or activate Siri. I honestly think that Siri is the least useful in the set of options you have. My preference is to use one AirPod to Play/Pause music and the other to move to the next track.

The Bluetooth connection is topnotch! I use the AirPods to listen to music and podcasts throughout the day. There are rarely any issues when going away from my phone for a while. Since I’m currently using the iOS 12 Public Beta, I experienced slightly more issues but I would mostly blame that on beta software. All in all, I’m really satisfied with the wireless performance of the AirPods. It could use some improvements but it performs way better than the competition.

The battery life on these earphones are GREAT! Apple claims 4-5 hours of use per AirPod and up to additional 24 hours through the charging case. I like how I can use the same cable for these and my iPhone. (Just look at that cool Geekkery cable!) My actual use actually comes close to that 5 hour mark. When I use these once a day, I could last a week without charging the case! The case can get a charge fairly quickly. I hope that Apple can build on this and get more battery life out of this form factor.

Should You Buy the AirPods? 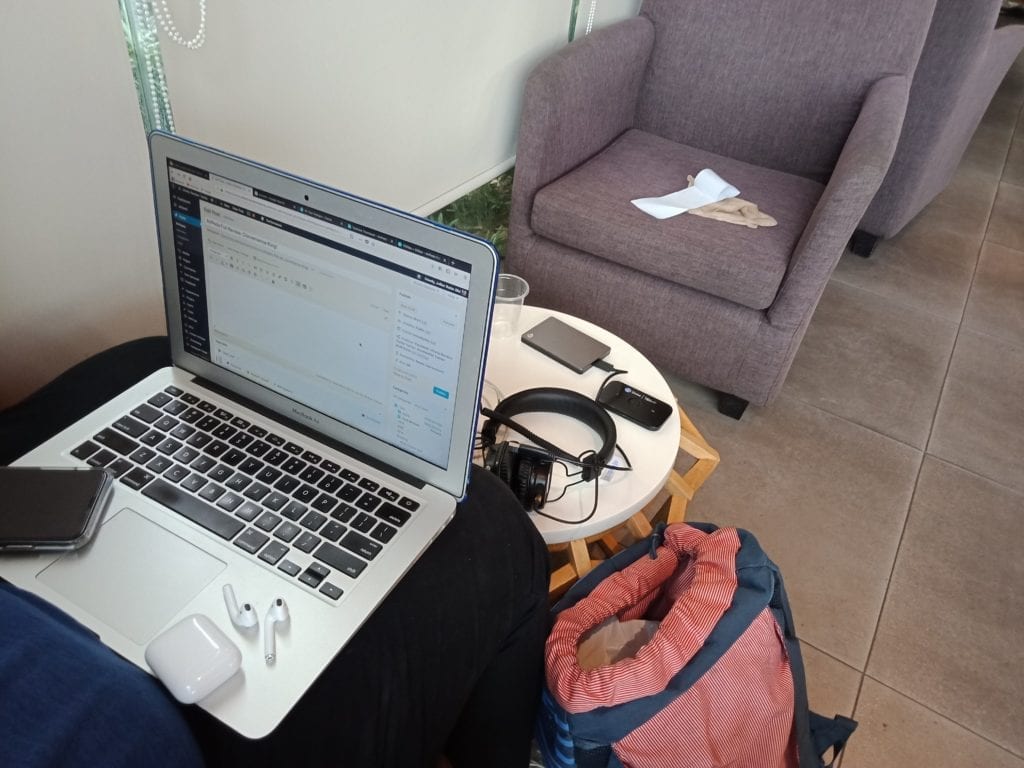 On one hand, the AirPods are easily the best earphones Apple ever made. Despite my qualms with it, I think this is the best first generation product Apple made since the original iPad! I just hope that they take advantage of the strengths of this product and build on it. A cleaning cloth would just be enough for me! At P8,990, it’s a really bad deal if you’re looking for sound quality. These are easily the most convenient earphones ever.

That’s it for my AirPods review! What do you think of them? Do you think Apple should make higher quality headphones? Let us know in the comments below!