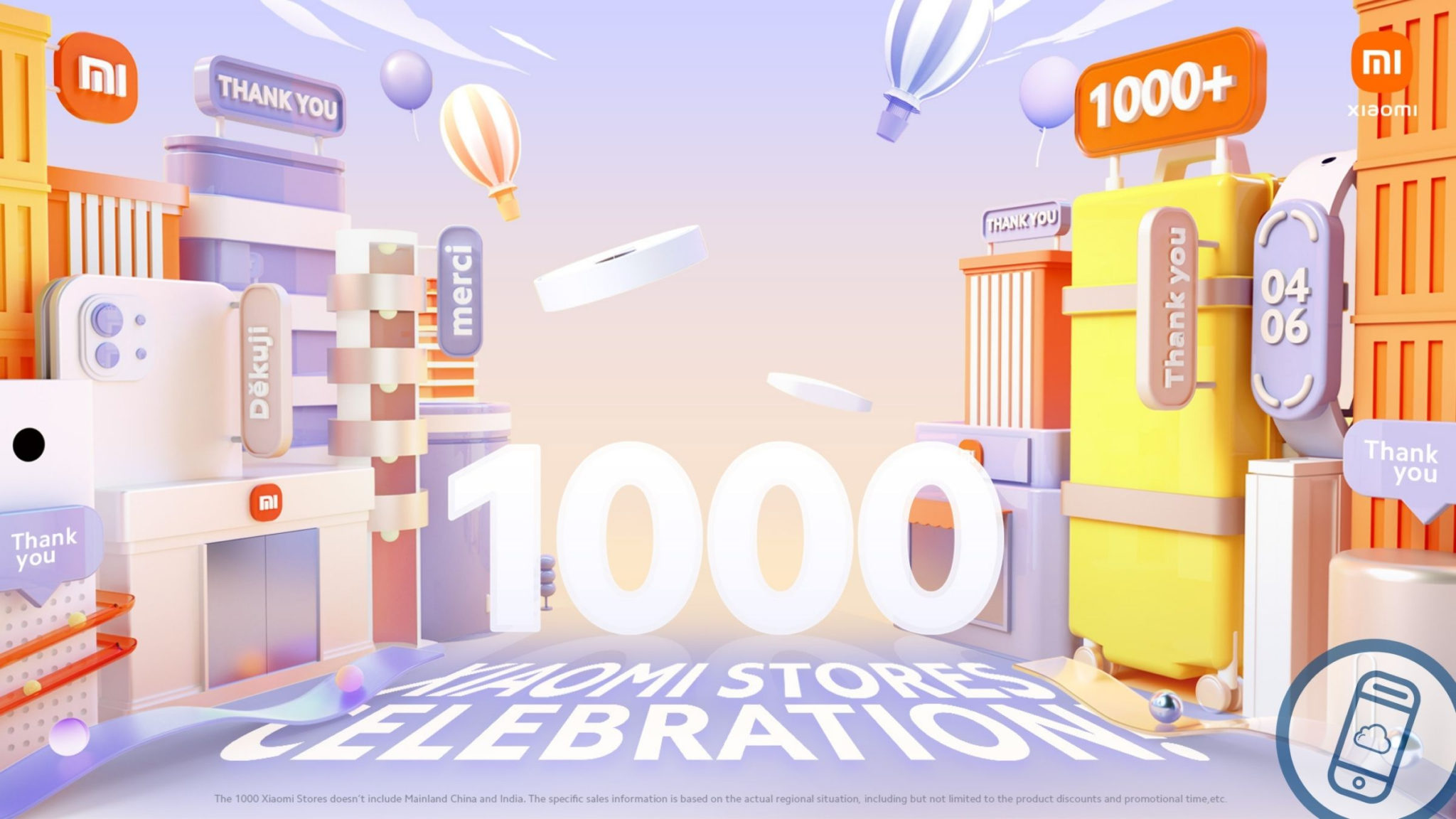 Xiaomi is really firing on all cylinders lately! Despite our current situation, they recently sold 200 MILLION Redmi Note Series phones! They even released an ultra-high-end smartphone in the Mi 11 Ultra! It comes to no one’s surprise that there are already 1000 Xiaomi stores in global markets! With that in mind, Xiaomi celebrates 1000 stores with a special event online and offline. The company is offering exclusive gifts and promos as a way of saying thank you to all its Mi Fans.

What Can We Expect From This Special Event?

To mark this momentous occasion, Xiaomi is launching the 1000 Xiaomi Stores celebration!

The celebrations will kick off with an online promotional event along with large sales available at most offline Xiaomi Stores. Exclusive gifts will come with a specially designed Xiaomi logo composed of the phrase “Thank You” in dozens of different languages. This shows an expression of gratitude to all of the Mi Fans who have made this milestone possible.

Customers who will avail of eligible models from this promotion can get exclusive items until June 13, 2021.

Xiaomi has expanded its footprint at the fastest pace ever since the Xiaomi Store program began in 2016. We can think of no better way to give back to all of the Mi Fans that have supported us during this challenging year than hosting this celebration across our markets.

Congrats to Xiaomi for reaching 1000 stores in the global markets that it serves!

Published in Tech and Xiaomi