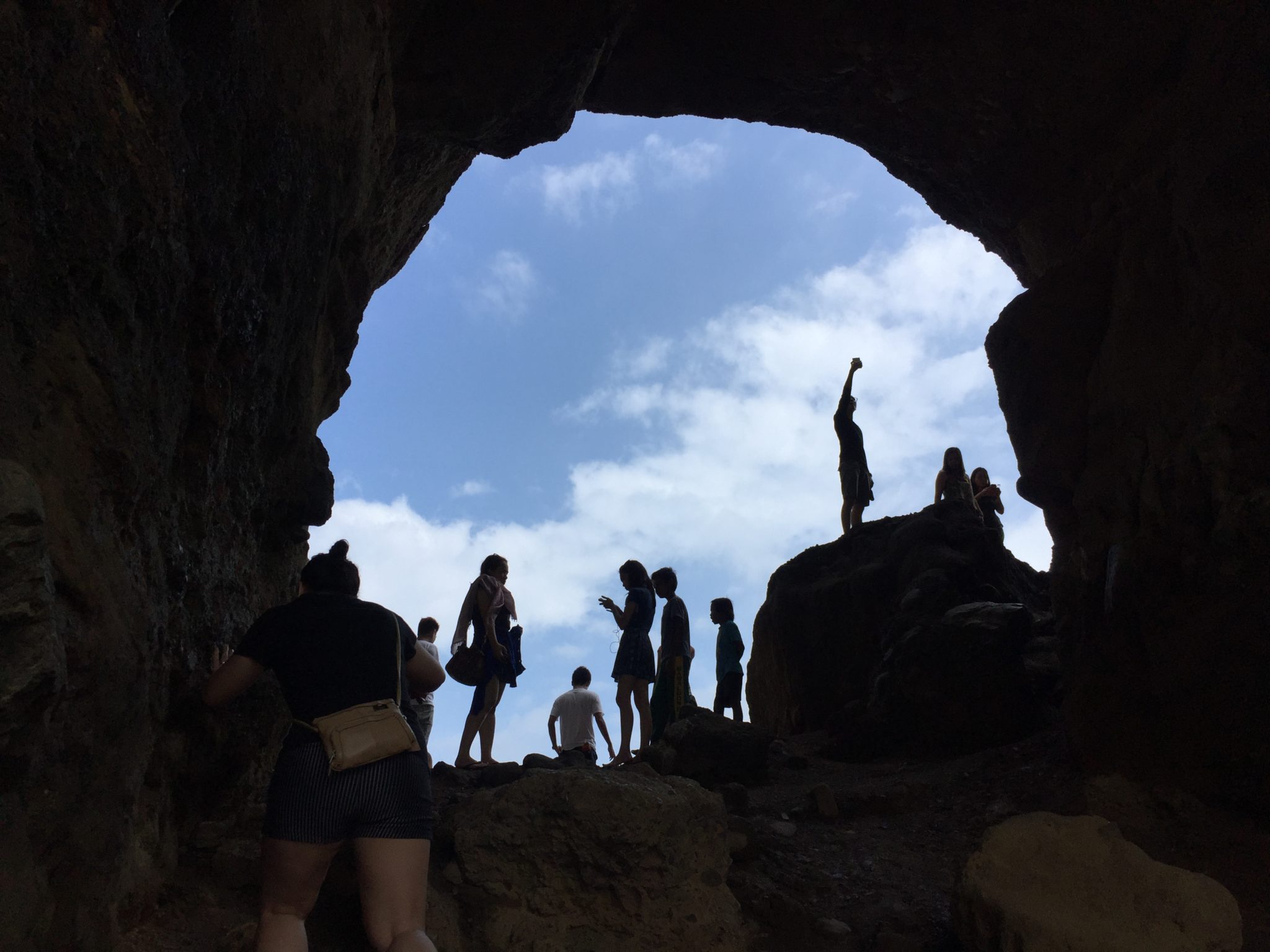 Sorry again for the SUPER DUPER DUPER delayed post! I was really really occupied lately. Work got the best of me and I had to do errands for someone’s important day, then Christmas hit the fan! Don’t worry, the current set of Travelogue posts is almost done! There’s a new Travelogue after this current set. Hehe. Anyways, on with the post.

After getting a good night’s rest in the transient house we were staying, we were exploring our nearby surroundings. It was a good idea as we found a beach where we can breathe fresh air, stare at the slightly taller waves, and have fun at the beach! After a few minutes of chilling, we left the area right away and went straight to our first stop in Pagudpud: the Patapat Viaduct!

When we got to the viaduct, we really took our time and got a lot of pictures! We found that the landscape view there was really nice! We also did wacky shots and jump shots like this awesome one:

Not just a pic though. Here’s a cool video of that shot in slo-mo:

It was super fun doing these! Hehe. Those aren’t my favorites though. This is:

Yeah yeah. It’s a jump shot of my girlfriend. So what? I love her so much and I wanna shout her name to the world! Hehe. Even the view of the viaduct in this pic is nice but she’s DEFINITELY the star. I love you baby! Hehe.

After taking more pics at the Viaduct, we went to a nearby beach resort. Unfortunately, we weren’t able to stay long because of the weirdly expensive entrance fee. We were able to take some pics though.

After the resort, we found their zipline area and took more and more shots there including a shot of the helicopter!

After chilling for a while in the zipline area, we went to a very nice rock formation that we just passed by when we went to the resort. It was AMAZING!

Here is the picture of the gang! The view here’s so great! 🙂

After we reveled in the wonder of the rock formation, we had lunch in an eatery along the road. We then head out to the wondrous Bangui Windmills!

Even though it isn’t my first time visiting these windmills, they still amaze me in just how many there were! Look at us there, we are so happy when we were there! Hehehe. I really enjoyed going on this trip with my girlfriend since we found out more about each other. I love you baby! 😀 Hehehehe.

Anyway, here are more pics of us at the windmills!

Since we really had fun at the windmills, we did some shenanigans by the beach! Here’s another cool slo-mo video of that moment! Hehe.

The place was sooooo nice! I wish I could stay there longer but we had to rush since we got another chance to get to the Sand Dunes in Laoag! We really rushed towards there. We even had to wait for a few minutes for the dudes from the Sand Dunes to get us since we couldn’t use the vans we were on going there. And then, we FINALLY got to the Sand Dunes! YAAAAAY!

The first thing we did when we got to the place is ride the 4×4! 😀 It could fit around 5-6 people and boy did we have a lot of fun!

After riding the 4×4, we went Sandboarding! That’s right, using a snowboard(?) (sandboard?? haha) to ride the sand. Hehe. Here we are doing the sandboarding thing and more in pictures!

Wow, that was fun! After the rollercoaster ride of the Sand Dunes, we hurriedly went back to the van to try to make up for lost time since we didn’t wanna rush when going back to Manila due to issues with our transportation. Don’t worry, we actually made it. 😀