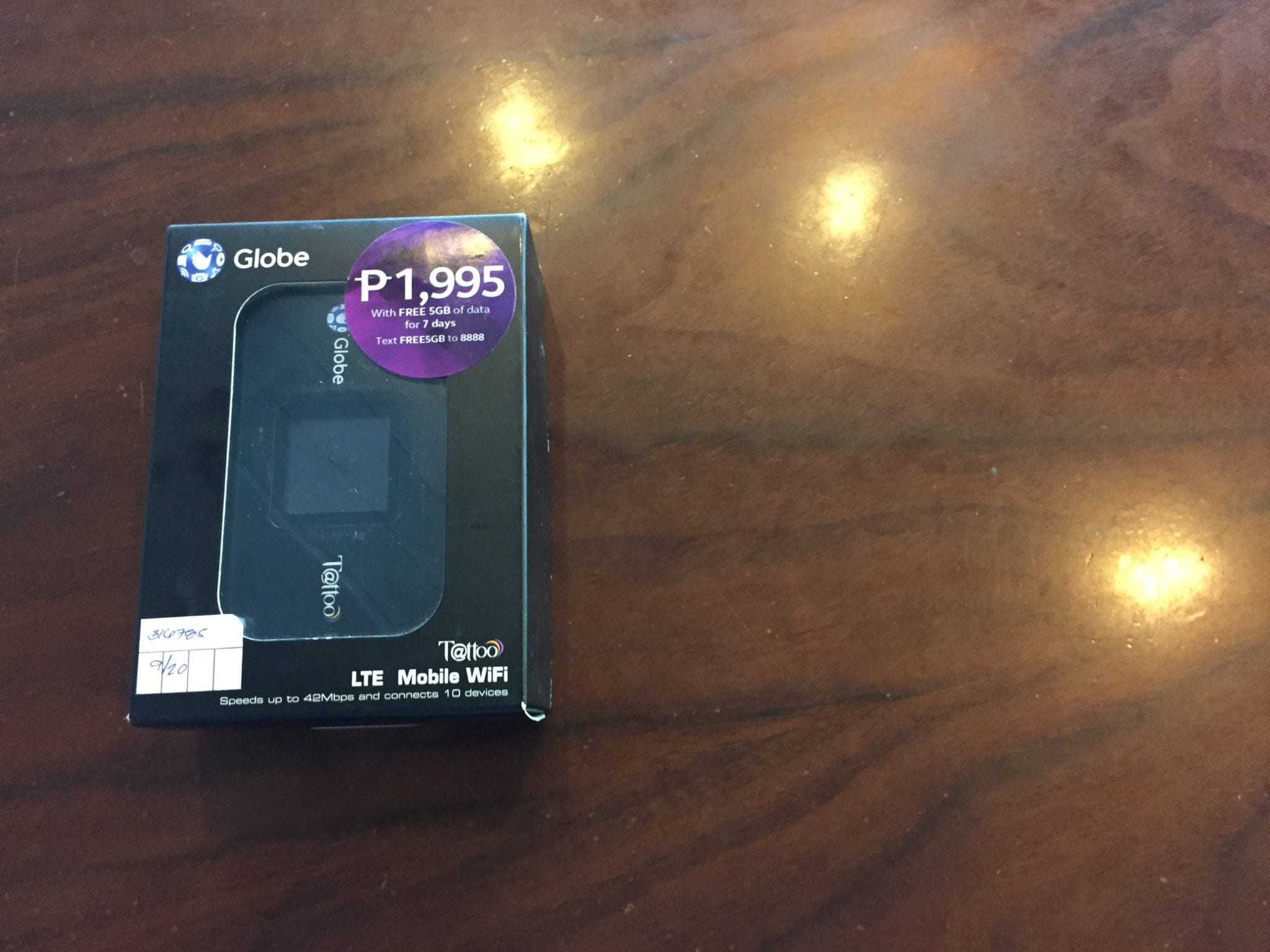 It just recently got a price cut from P3,495 to a more affordable price of P1,995! I was really surprised when they decided to this along with the Tattoo 4G Mobile WiFi price cut. I believe that this is a push to get more and more people to use the internet.

Another good thing about buying this is that it comes with FREE 5GB of data for 7 days! That’s right! The 5GB actually costs around P999 when you subscribe to the GoSURF 999 promo. It really gives you a bang for your buck!

Whether your phone supports LTE or not, Globe wants you to take advantage of their Tattoo prepaid offerings.

Without much distraction, here’s what’s inside the box!

The contents are just the usual standard stuff you expect. I’m happy that they included a Tri-Cut LTE SIM in the box.  I can use the SIM in LTE-capable devices such as the iPhone 7 and Google Pixel (more on this soon on the blog!). The battery for the device is slightly bigger than even an iPhone 7! (2050 mAh compared to 1960 mAh) The device itself is surprisingly light. I thought that there would be an added bulk because of LTE connectivity. It’s a good thing they went for this model because this is a light device for what it is. I love that the device itself comes in black. Black gadgets really look sleek to me. I just hope Apple puts out a black MacBook and I may just do a premature laptop upgrade! Hehe.

Setup is fairly simple to do and is similar to the 4G Mobile WiFi. Accessing the administrator menu takes a little more time though. It may be due to the manufacturer not being familiar compared to Huawei and its 4G Mobile WiFi.  It’s not much of a hassle though.

The screen really helps especially when knowing how much data you have used since you first turned on the device. I currently do not know how to reset it when I hit a month’s usage. Hopefully I’ll know during the review.

I am impressed so far by the Globe Tattoo LTE Mobile WiFi! I’ll need to do more testing on it including speed tests to see if it truly brings LTE speeds regardless of the device I use. Watch out for that in my review of this device soon!