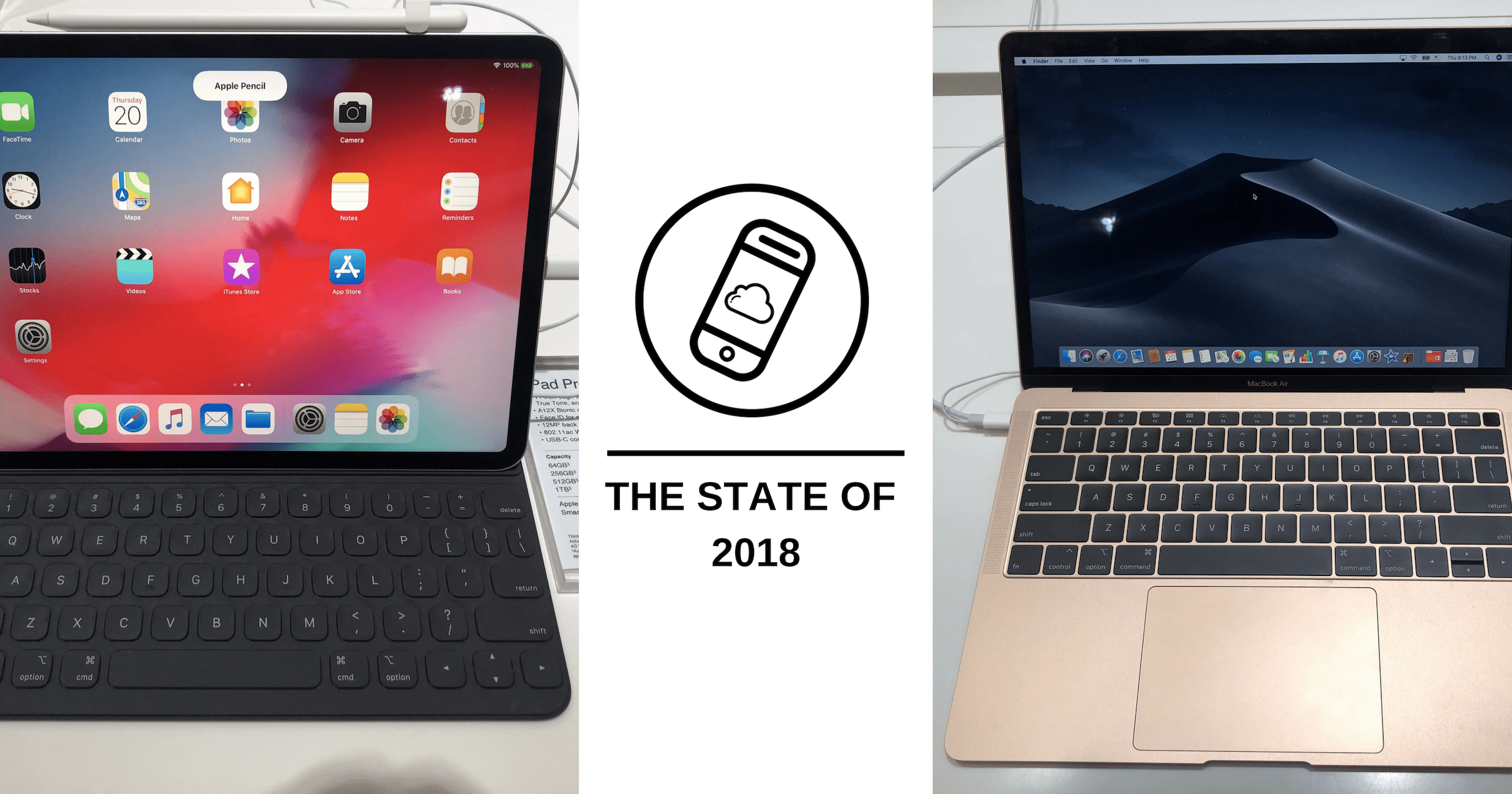 I wrote this and the state of smartphones as year-ender posts. Hope you enjoy reading both of them!

Click/Tap here to read The State of Smartphones 2018!

If you noticed, I lumped both the tablet and the laptop in this one. As time passes by, both categories seem to overlap more and more. Tablets aim to be more like laptops in terms of functionality. Laptops now have touchscreens and the so-called “tablet mode”. Can a tablet be just a tablet? Can a laptop just be a laptop?

This is the state of tablets and laptops 2018!

A Laptop is Just A Laptop.

Most laptops like the Razer Blade and the Dell XPS 13 are for the most part laptops. They just have touchscreens to enable the use of touch-friendly and touch-first apps. The thing is, most of that action is always in Windows laptops or Chromebooks. This also reflects on how much you’re willing to pay for a laptop. Apple is probably the only laptop maker that OUTRIGHT REFUSES to put a touchscreen on a laptop.

On the other hand, there are tablets like the iPad Pro and the Pixel Slate (why did I even; oh well) that act as laptops. Apple made sure to mention that in every keynote of every iPad Pro. Most tech reviewers are now fed up of hoping for a better experience for most professionals. Only some creative professionals (particularly artists and graphic designers) already take advantage of the power of the iPad Pro.

The late great Steve Jobs envisioned the iPad as a device that complements your laptop and smartphone. It stayed that way up until the launch of the iPad Pro. I really don’t know if the iPad Pro can replace your laptop at all. Maybe it won’t and Apple should just revert it to being an additional thing. Who really knows at this point?

Hybrids Seem to Be A Thing.

The Surface Pro is the best 2-in-1 hybrid on the market right now. You could do a lot of REAL ACTUAL work with this Microsoft device. Too bad it doesn’t do the tablet stuff that well. I could mostly pin that to Windows 10. Touch-friendly apps aren’t exactly widespread in the Windows platform.

Many people seem to like the idea of hybrids as much as regular laptops though. Sometimes you just want to just sit back and watch a movie so you just hide (or ditch) the keyboard. Other times you need to work all the time and need the full flexibility of the mouse and keyboard.

This seems to be the popular type right now, but who knows what kind of hybrids we’ll get in 2019 and onward.

If there’s one theme I sensed this year, it’s the continuing fall of Intel. They’re not exactly doing the innovation game that we expect from them and others today. Guess who picked up the slack? ARM.

Just before we devoured ourselves in holiday food, Qualcomm unleashed the Snapdragon 8cx processor for laptops. This basically enables better battery life and great performance in laptops. We’ll see more of this in 2019 as Microsoft continues to improve Windows for ARM.

Will Apple Move the MacBook to ARM?

One more thing about laptops is if Apple will move from Intel to ARM for the MacBooks. (I personally don’t think the iMacs or Mac Pros move to ARM at all.) The only potential thing that’s holding it back is legacy apps. Will it be easy for developers of old Mac apps to port to ARM? We’ll get a sign of that at WWDC 2019.

That’s it for the state of tablets and laptops 2018! Do you think tablets should just stay as tablets or are they laptop replacements? Leave your thoughts in the comments!

Published in Laptops, Tech and The State Of 2018