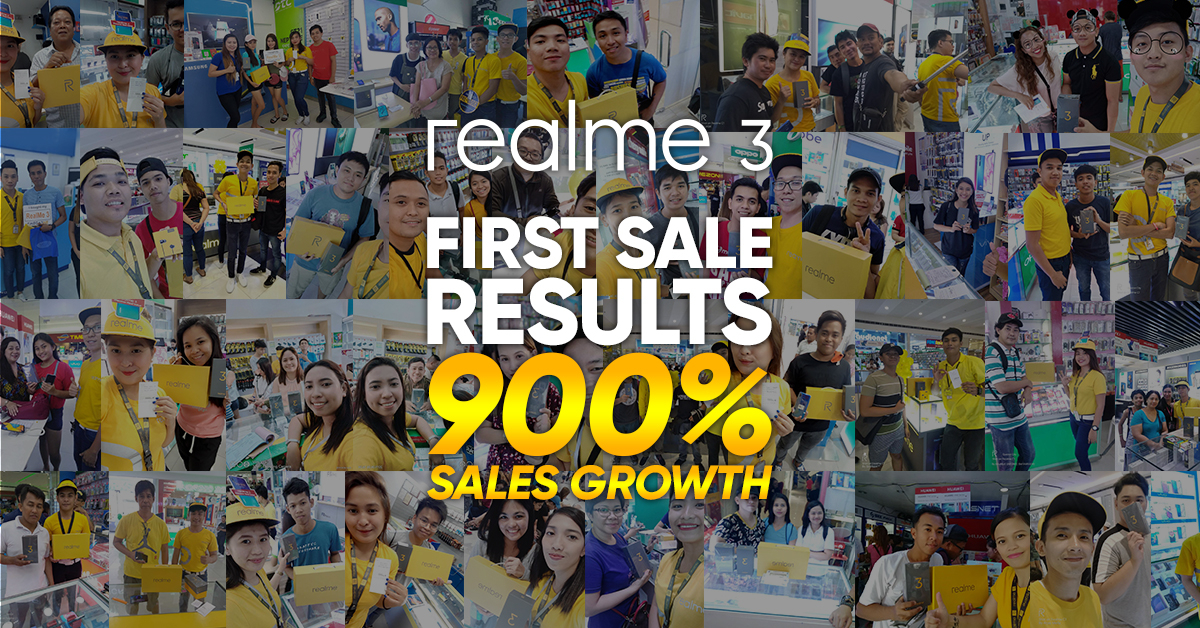 For a company that launched its Philippine operations in November, Realme has come a long way! Its realme 3 first sale results just came in and WOW is it a resounding success!

After two weeks of basically SELLING OUT in Shopee (thanks to that P6,990 price tag), Realme launched the first nationwide in-store sale of the realme 3. People who pre-ordered Realme’s latest phone got it in stores and it resulted in 900% SALES GROWTH compared to their first offline sale last year! This is freaking NUTS! I am so glad that Filipinos really responded and discovered real value with the Realme 3. Jacky Chen, realme Philippines COO, thinks so too.

Our stores nationwide received overflowing interest and positive feedback from pre-order customers, which in 900 percent higher sales growth compared with our first weekend of selling alone. This clearly reflects that Filipinos truly discover and appreciate real value that the realme 3 can provide. To let more Filipinos discover this real value, we will strive to provide the realme 3 in more locations nationwide.

If you think about it though, it really doesn’t surprise me that much. The realme 3 disrupted every notion of what a budget smartphone can be. It has a large 4230 mAh battery, an impressive dual rear camera for its price point, and a modern gradient unibody design fit for 2019! The dual rear camera even has Nightscape and Chroma Boost modes for better low light and more color in photos!

The 4GB RAM + 64GB internal storage model of the realme 3 is available in stores NATIONWIDE for just P9,990! We don’t know whether realme Philippines will hold yet ANOTHER sale on Shopee but I’ll surely share any updates if anything comes up!

Should realme do more phones this year? Like a successor to the realme C1? Sound off in the comments below!