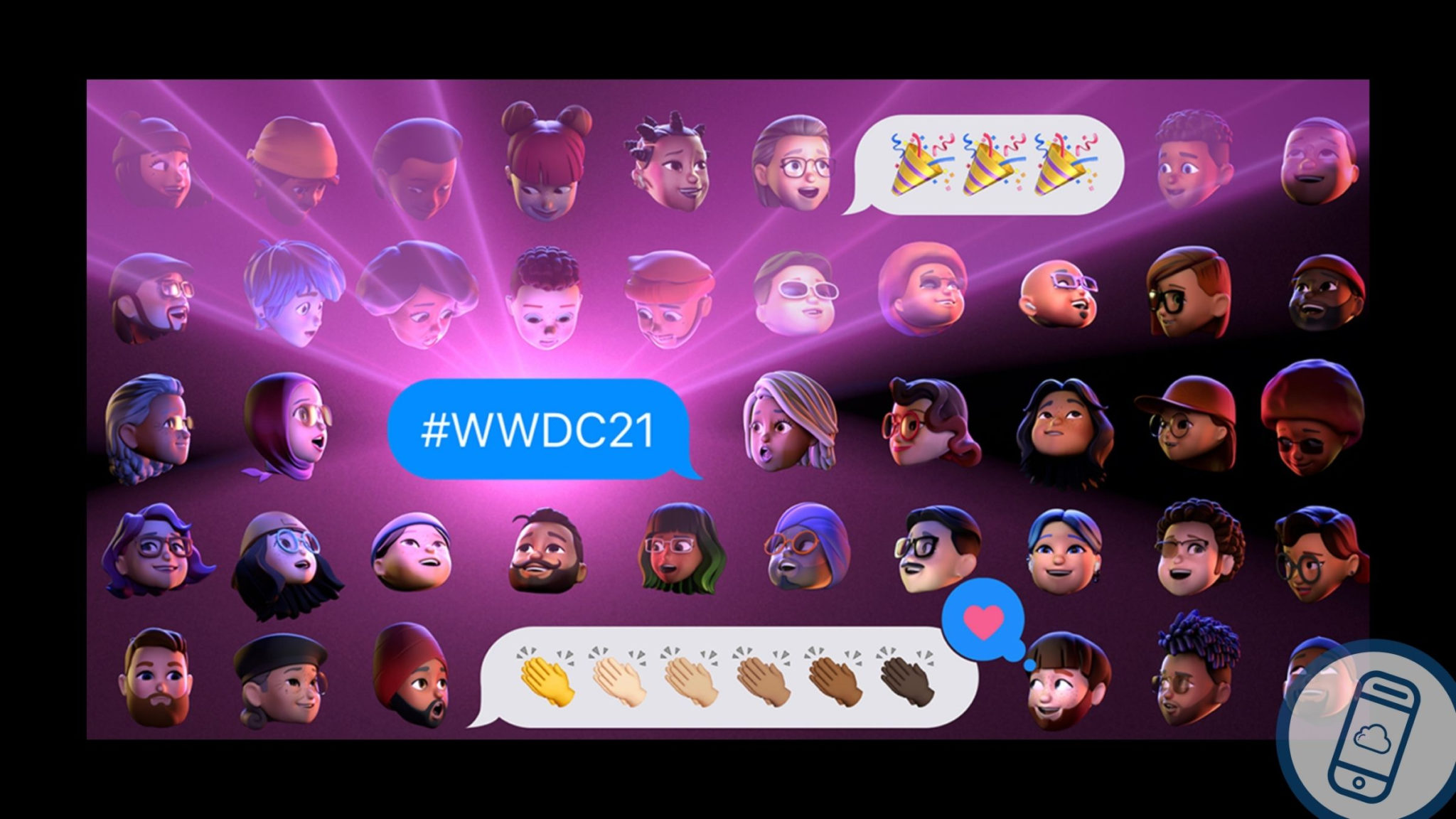 Apple just had its WWDC 2021 keynote earlier! A lot of people wanted to see new hardware (including those M1X MacBook Pros) but this was mainly a software event. There was a lot of stuff in there, but some of them weren’t really that interesting. I would normally try to write my reactions right after the event, but I just had to get some sleep. With that out of the way, here are my top 10 highlights from the keynote.

1) A Lot of AirPods Improvements!

I own the AirPods Pro and it’s BANANAS that Apple is able to cram a lot of features to make it even better! Two of my favorite new features are Conversation Boost and everything that involves the Find My app. With Conversation Boost, the AirPods Pro can help people hear others easily by boosting the sound of those talking to you. I’m really happy that basically most of the AirTag features are now in AirPods thanks to iOS 15 and iPadOS 15!

After seeing the Scribble feature on iPadOS 14, getting Live Text on iOS 15 only makes sense. I know Android has an equivalent feature with Google Lens, but seeing it here on the iPhone is nice too. Being able to get text from the Camera app is nuts and I can see myself using this for different scenarios.

Another feature that we see from other platforms, it’s also nice to see a system-wide Quick Note feature on iPadOS 15. With the Apple Pencil, you can pull in a new note that you can write on. Really useful if you need to write something important. (I wish this was on iPhone too.)

4) Widgets and App Library on iPadOS!

I found it jarring that iPadOS didn’t get the same treatment as iOS last year when it came to Widgets. That mistake is now fixed with iPadOS 15. You can now put Widgets anywhere on the Home Screen! This also brings the App Library to the iPad. (Thank goodness.) Not much to go here.

5) All the Health Stuff, Especially in watchOS

The one thing I really appreciate with the Apple Watch is how it finds ways to keep you motivated to reach your health goals. In WWDC 2021, the Apple Watch gets more features in that realm! That includes new Pilates and Tai Chi workout types, the new Mindfulness app which takes the Breathe app and also adds Reflect functionality. It’s also nice to see more features that help the Apple slowly become more independent of the iPhone. (To be clear, you still need one to set up an Apple Watch.)

Unless you’ve been using the third-party app Synergy on your Mac, you were probably amazed by this sick demo during the macOS Monterey part. Universal Clipboard lets you use your Mac’s trackpad/mouse to move the cursor from a Mac to either an iPad or another Mac! You can even drag and drop stuff from one device to another. Note that you need all devices to have the same iCloud account for this feature to work.

7) Siri FINALLY Doesn’t Need the Internet (All the Time)!

I know this seems so small and others are already doing this, but being able to use Siri without an internet connection is great! This also helps Apple with its strong privacy stance and will hopefully be a building block to make Siri better. (I REALLY HOPE SO, APPLE.)

8) I Actually Love This New Look for Safari on iPhone

One of the features I actually love announced at WWDC 2021 from a design perspective is found in Safari on iPhone! This design pretty much takes some influence from Samsung’s One UI with the URL/Search omni bar found in the bottom. A neat feature came out of this: you can scroll through tabs like how you scroll through apps on iOS itself! Even customizing the background image here is a nice touch.

9) All This Focus on FaceTime!

FaceTime has come a long way from being that magical demo in 2010 with Steve Jobs and Jony Ive. With our increasing reliance on video conferencing apps, it only makes sense for Apple to jump on this with FaceTime. Now, we get nice features like Voice Isolation in order for your voice to be clearer for others to hear.

Apple also added FaceTime Links which lets you schedule FaceTime calls and even let Android and Windows users join in on the fun. (If only Apple would do that for iMessage as well. Haha.)

10) You Can Make iPhone and iPad Apps on the iPad!!

When it first came out, Swift Playgrounds is a fun way for people to learn the Swift programming language. With iPadOS 15, this same app will now let you build apps for iPhone and iPad! You can even submit those apps to the App Store. I know some of us are disappointed that Apple didn’t put out Pro apps like Final Cut and Logic on the iPad. Here’s hoping this big change to the Swift Playgrounds app might be an important step towards that direction.

Those are my top 10 features from WWDC 2021. How about you? Are you into those new Home features? (I personally don’t since HomePod mini isn’t officially available here.) Sound off in the comments!