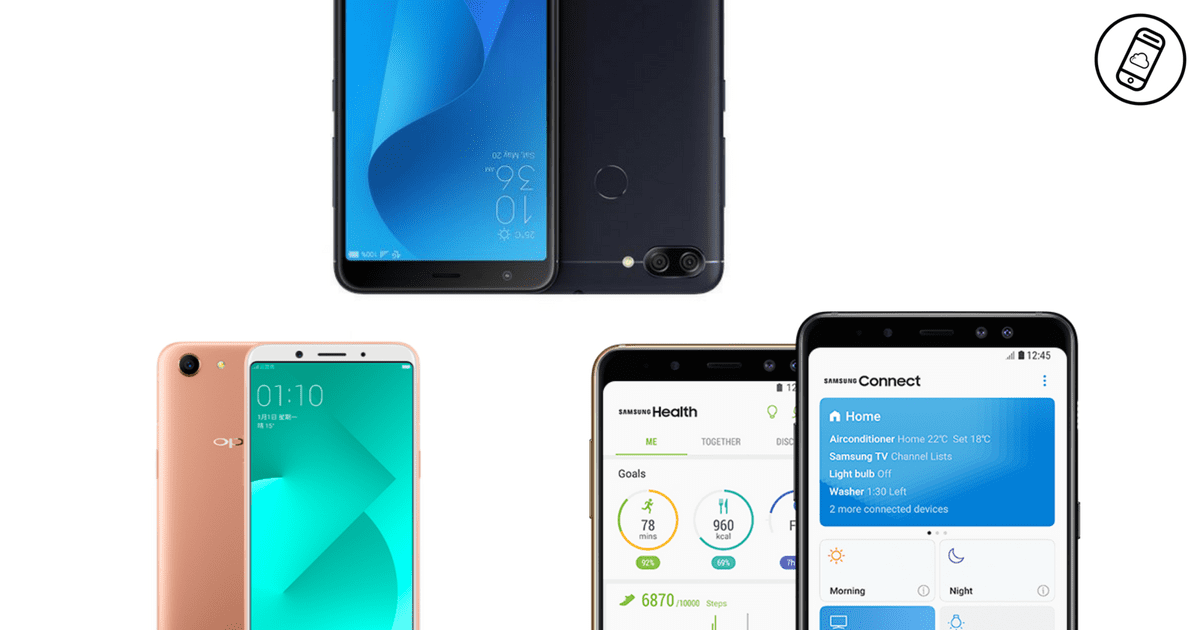 And just like that, the first month of 2018 is over! The year just begun and phone makers already put out their first salvo of smartphones. Since Mobile World Congress happens at the end of this month, I figured I should round up the phones that came out last month! With that in mind, this is my January 2018 Smartphone Roundup!

NOTE: These are smartphones that came out in January 2018. These are also phones that you can buy in the Philippines from retailers you can find in the mall.

Samsung Galaxy A8 and A8+ Samsung started things off with a midrange smartphone release. The Galaxy A8 and A8+ are the little brothers of the Galaxy S8 and S8+. Their standout feature is the Infinity Display on both phones: 5.6-inch for the A8, 6-inch for the A8+. Even though the screens don’t go edge-to-edge, they still look pretty enough. At P26,990 (A8) and P32,990 (A8+) though, they’re both not easier sells than previous A series phones. These are both compelling phones for the price though, and having dual front cameras is a big feature here. ASUS also released a phone this month and focuses on having a big battery while having a bezel-less screen! The ZenFone Max Plus delivers both of those in spades. It has a 4,130 mAh battery and has a 5.7-inch 1080p display with an 18:9 aspect ratio! This is ASUS’ first crack at a bezel-less screen and I couldn’t be happier! Here’s hoping that the ZenFone 5 will have it too! This phone is also a bargain at P11,995! It also has a dual camera which is similar to most of the ZenFone 4 lineup. Not to be outdone by their competitors, OPPO released their first smartphone of 2018: the A83. On the surface, it doesn’t have much (3GB RAM, 32GB storage) but it has a feature that most 2017 phones had: a bezel-less display. It also features OPPO’s AI Beauty technology in their cameras that first came out alongside their flagship: the F5. It is the cheapest phone in the list at P9,995. To be honest, it is a steal solely for the display alone! The OnePlus 5T came out here in the Philippines on January 12 but became available to major markets as early as November. I’m not including it in the list but you can check out GadgetMatch‘s review on that phone HERE. If I were to choose between the 5T and the new Samsung phones, I’d honestly still go for the 5T.

There you have it! That was my January 2018 Smartphone Roundup! Which phone are you planning to buy? Are you holding out for new phones coming out this month? Would you prefer to buy last year’s phones instead? Leave your thoughts in the comments section below!