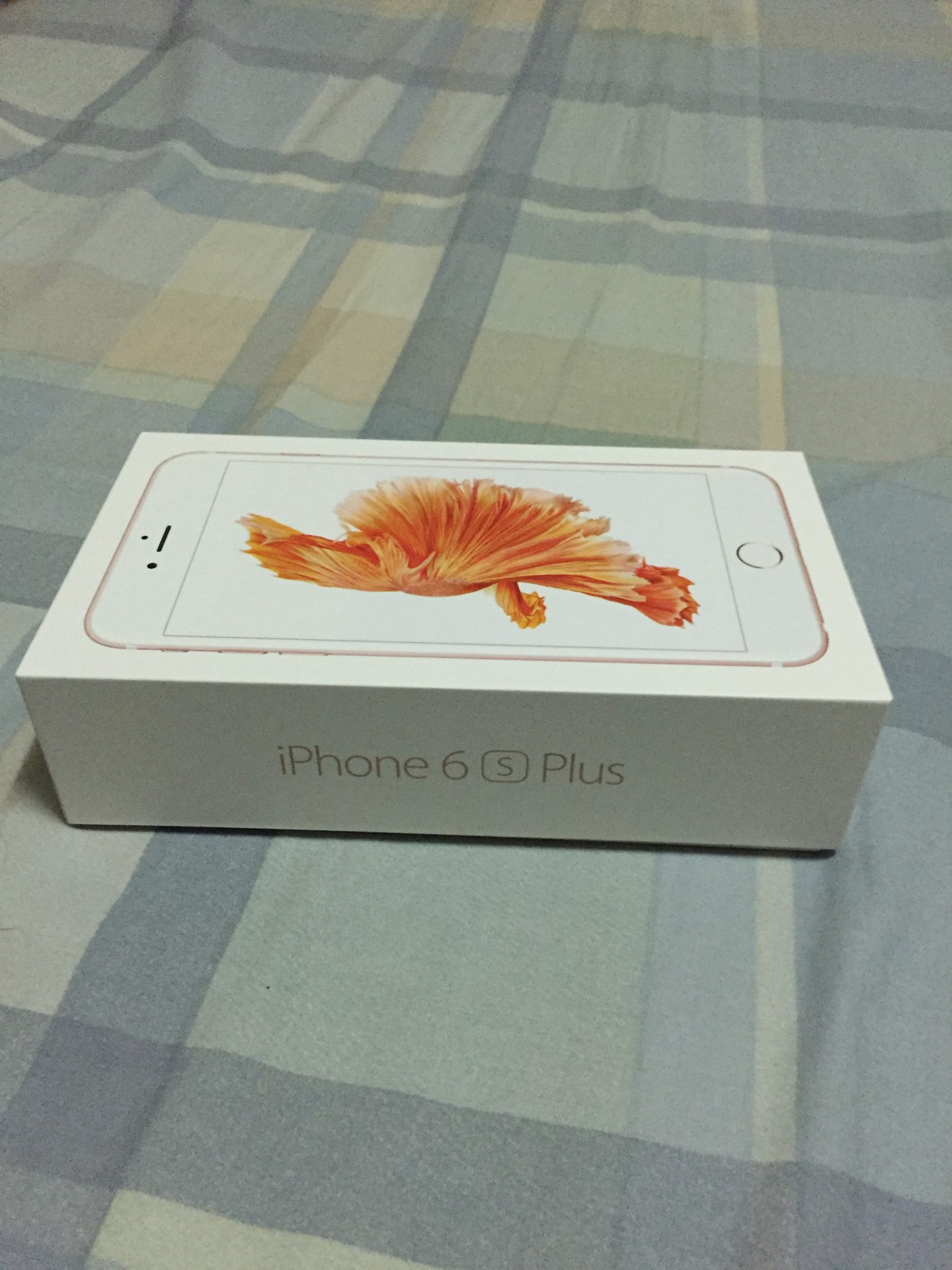 So after 2 years of being an Android user (because of the big screen), my mom decided to go back to using an iPhone. For some reason, the stars aligned and a pink iPhone has finally come into fruition! Apple says it’s “Rose Gold” but it’s really more pink. Since it’s a latest generation iPhone, I wanna give my first impressions on the phone.

Here’s the iPhone 6s Plus in Rose Gold: These impressions of mine will actually help me in my buying decision next year when the inevitable “iPhone 7” will arrive. I’ve been thinking about getting the Plus version instead of the regular one due to the insane battery life. Here’s me holding the 6s Plus:

I’ve been used to smaller phones primarily due to my preference on iPhones. My first “modern” smartphone was the iPhone 4. Since I was hesitant to get a larger phone, I got an iPhone 6 last year. When I held this, it felt really big but since I have big hands it was still usable. Maybe it’s just the fact that I can’t use it one-handed is the reason why I was hesitant. After holding the 6s Plus though, I might think long and hard next year.

The Rose Gold color is more subtle. I just love how Apple handles not only their color choice but also how they handle the color they use. When I held the phone, it felt more dense. Although I think the difference between this and the 6 Plus is minimal, the 6s Plus feels like I am holding a big phone.

After getting a feel for its looks and how it feels in the hand, I tested out the main feature of the 6s series: 3D Touch. The 6s and 6s Plus are actually thicker than the 6 and 6 Plus because it has to accommodate the new pressure-sensitive display and improve build quality. 3D Touch enables a new layer in iOS that lets you do tasks easier and quicker than you normally would.

In the home screen, you can press harder on an app to show Quick Actions to certain functions in that app. Here’s an example:

3D Touch recognizes two more levels of pressure to the touch screen and it is presented so well as Peek and Pop. Press a bit harder than a normal tap to get a preview, then press harder to go in that content.

Here’s an example of Peek and Pop in action in the Photos app:

And here’s another example in Safari:

Last thing about this phone that really amazed me is the 2nd generation Touch ID sensor. IT REALLY IS SUPER FAST! I never thought that the Touch ID on the iPhone 6 was slow but this one’s on a whole new level! :O Here it is in action:

I also took some test shots from the rear camera, which is now 12MP. Judge for yourself to know whether this is a great camera or not. (Click on the images for a larger version)

I haven’t had enough time to check the general performance of the phone since it isn’t mine in the first place so it might take a while before I can put out a review on this latest iteration of the iPhone.

What I can tell you so far is that if you have an iPhone 5s or older or you’re an Android user, now’s a great time to upgrade to the 6s series. There’s a lot of compelling stuff here. If you have an iPhone 6/6 Plus though, you should hold off on buying unless you want that new camera and/or 3D Touch. The review is coming soon. Keep you posted!