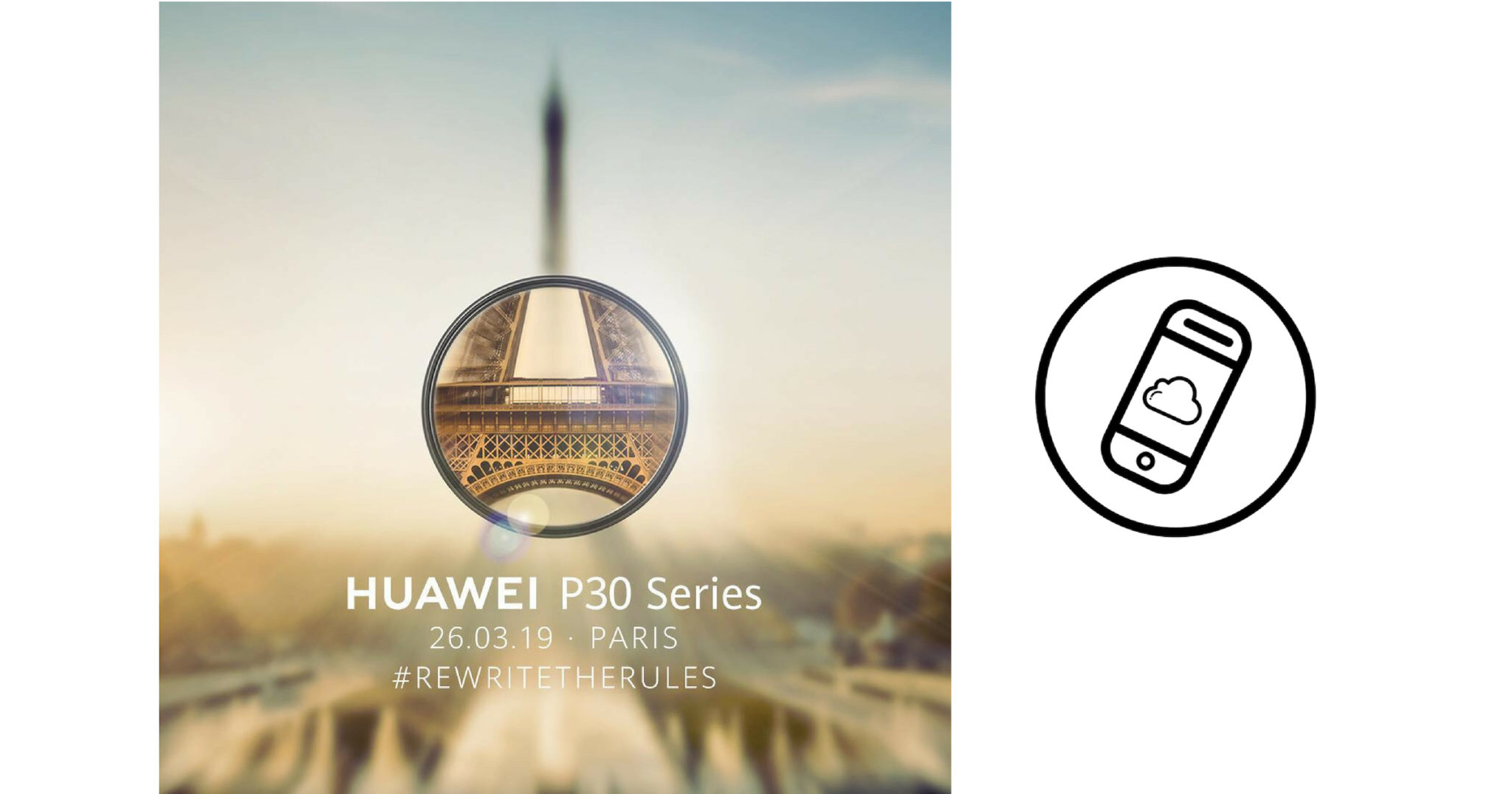 Huawei is arguably one of the biggest success stories last year! It is the only smartphone maker to beat Apple for the #2 spot in the worldwide smartphone market. The P20 Series and the Mate 20 Series are some of the best smartphones to NEVER be available in the US. With that in mind, Huawei plans to be NUMBER ONE by 2020! If this next release is any indication, then Samsung better watch out. Huawei just teased the launch of the Huawei P30 series for March 26, 2019 in Paris!

I’m noticing a theme here with Huawei and their events. They’ve been doing phone launches in Europe for the past few years. Their theme for this Huawei P30 Series event is #REWRITETHERULES. Whatever that means, I sure want to find out!

This event basically confirms the name of Huawei’s next flagships. The Huawei P30 Series will most likely carry the Kirin 980 that saw its first release with the Mate 20 and Mate 20 Pro. The new phones will also carry at least 3 cameras. Based on the image above, Huawei might focus on better optical zoom. I’m sure that both Huawei and Leica have some secret sauce they can use for that.

They also might include the super wide angle camera that the Mate 20 Series has. Here’s hoping that these phones won’t be too expensive in the Philippines.

When Can We Expect the Huawei P30 Series in the Philippines?

Since the event is on March 26 in Paris, the new phones will most likely arrive in the Philippines in April. We’ll likely hear more from Huawei Mobile Philippines in the weeks leading up to the launch.
How about YOU? What do you want to see from the Huawei P30? Sound off in the comments below!