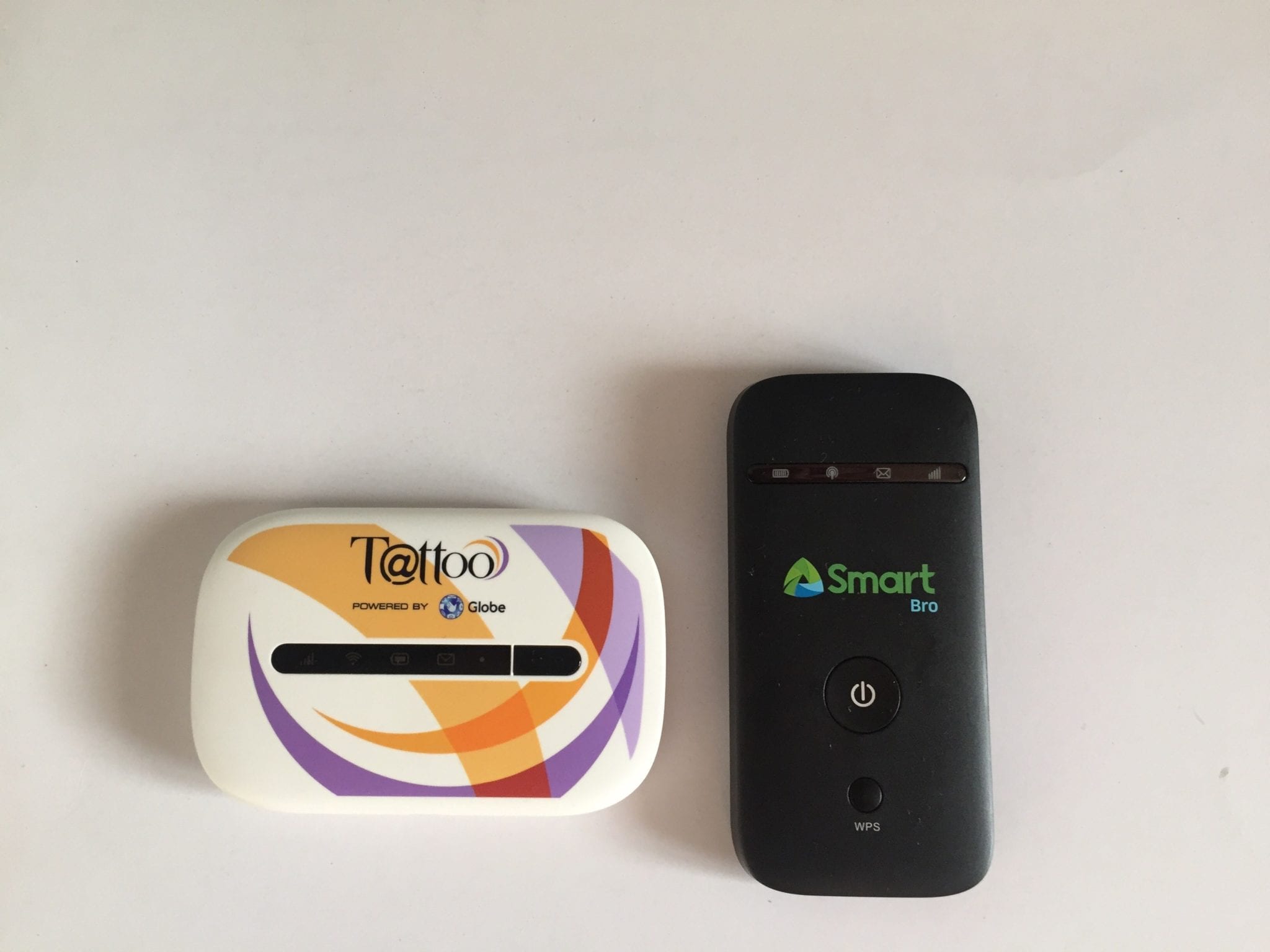 Welcome to Globe v Smart! This is part a series of posts that compare the competing services of both telcos. After recent events regarding Globe and Smart buying out the potential third player, I feel it is time to reassess the duopoly and see which one really deserve our hard-earned money.

Smart has recently claimed that they now faster data with more cell sites in Cebu. Just look at that ad below:

Since I don’t tend to believe in ads like these, I’m here to show you which telecom provider brings you the better performance here in Cebu City.

Unlike the first Globe V Smart where I compared the devices and did some speed tests, this will be a pure performance test. It’ll consist of internet speed and internet reliability tests at different areas in Cebu City. Note that I couldn’t go to every possible location and do speed tests. Some of the locations show me both telcos’ weak spots. Let’s see if which of these two has the less amount. Note that I’m only using the prepaid kits of both the Globe Tattoo Mobile WiFi and the Smart Bro 4G Pocket WiFi. Both cost P888 with FREE 350MB/month for 3 months (one telco copied this idea from another). Prepaid internet may differ from postpaid internet.

I used the Speedtest.net website and mobile apps for all the speed tests here.

With that out of the way, let’s begin! During this test, I was having dinner with my girlfriend. I decided to just do a run-of-the-mill speed test here. We were indoors at the time so it’s a great way to test Globe’s and Smart’s internet connection strength. To be fair, we were in the middle of the city so it shouldn’t be much of an issue. For good measure, I did a speed test using the mobile data connection on my phone (Globe LTE).

Here are the speed test results at this location:

Based on the results, it is clear that my phone’s data connection is better. The comparison is unfair though because it would mean I’m comparing mobile network technologies. It has already been established that LTE is far and away better than HSPA+ or what Smart Bro and Globe Tattoo calls “4G”. Barring my mobile data results, I was surprised that Smart came out on top! The difference is not that big though. Still, I’m giving the edge to Smart Bro on this one. Good job on getting this one, Smart!

After having dinner in Robinsons Fuente, we went to the Starbucks in Crown Regency. Since she wanted to study for her certification exam,  I decided to do some blog posts. It was a perfect opportunity for me to do a speed test in a coffee shop. Both these Pocket WiFi devices are aimed at students and people who work online, so testing them there is a great indicator. In this speed test, I did more tries with the Smart Bro 4G Pocket WiFi since I was testing its connection to both Smart’s and PLDT’s servers (Smart is owned by PLDT, by the way).

Here are the speed test results at this location:

After this test, it was clear to me that Globe Tattoo ran away with it. Globe’s sole advantage in this battle of telcos is they got a foothold in Cebu early in terms of mobile internet. Looks like being an early bird really pays off.

After those speed tests, I decided to check if I could get stable internet connections in different locations. It so happens that the first location I got to do it was in KKD STK+BBQ.

Did you know that KKD stands for Koko Dine? It’s an old bar in Cebu where people drink and be merry.

It may seem like a simple procedure but it really helped me determine which one I could count on in the moment. After eating, talking, and eating some more, I found out that Smart Bro is actually more reliable in this location than Globe Tattoo. I kept resetting the Globe Tattoo but I couldn’t get any internet connection going on with it. Although the speed is slow, at least I was able to use the Smart Bro and have a stable connection. This one goes to Smart. A few days later, my girlfriend and I went to this new coffee shop named Hausbrandt. The place is nice and as always, they have WiFi. Too bad their free WiFi only lasts for an hour. I decided to do another reliability test, this time with the added twist of Pokemon GO. Basically I did the exact same thing as in KKD, but I checked if Pokemon GO would run smoothly or not.

In this test, both pocket WiFi devices didn’t do that well. Good thing that the Globe Tattoo did better because it gave me a better connection than Smart Bro did. This place has been really really advantageous to Globe. The internet connection here is great! (save for some places indoors) Since Smart came out and said they have faster data in Cebu, I tested both devices here in IT Park and see if Smart’s claims will hold true.

After over a week of testing both the Globe Tattoo and Smart Bro devices, I could say with confidence that Globe still holds a significant advantage over Smart in IT Park. Sure there’s a bias due to having a building with a giant cell tower, but it goes to show how established Globe is in Cebu. Hats off to Globe for being first here.

In another normal weekday night, my girlfriend and I had dinner together. After that, we went to this relatively new coffee shop named Soda Cafe. It sounded weird because why would you have a coffee shop that serves soda? Enough about that, I’m here to talk about Globe and Smart.

So I did a speed test here. What’s intriguing about this is that I could test the cellular signal penetration of both Globe and Smart because we were indoors and Raintree Mall didn’t setup any special cell sites.

Here are the results for this speed test:

Based on the results, it really looks good for Smart. Their speed really came through in an indoor setting without any special configuration. Good job Smart! You take this round.

Have you noticed a trend? It’s neck and neck! Smart keeps winning the speed tests while Globe grabs the reliability tests. There’s only one way to settle this and it’s through my overall experience with both devices.

For me, a good pocket WiFi device isn’t just about how good it handles the internet connection. It is about knowing that I can rely on it wherever I go. I’ve been to places here in Cebu where Smart Bro still has more work to do. I tried using it in Mountain View and it wouldn’t even give me any internet signal to work with! Sure Globe also has room for improvement, but their early foothold in Cebu paid off. From their prepaid unlimited text offers to getting the exclusive rights to sell the iPhone in 2008 with the iPhone 3G, Globe has led the way in terms of the mobile lifestyle. Does Globe have problems? Yes. But Smart still has to put more and more effort with their 3G data speeds that spending P888 for a pocket WiFi isn’t worth it for me yet.

On the strength of their early foothold and maintaining their fast data speeds, Globe wins the Cebu City Performance Test. I hope I get to try out the LTE pocket WiFi devices of both telcos in another installment of Globe V Smart.

IS IT OKAY, GLOBE AND SMART? 🙂

Do you think I missed anything in this test? Sound off in the comments below!