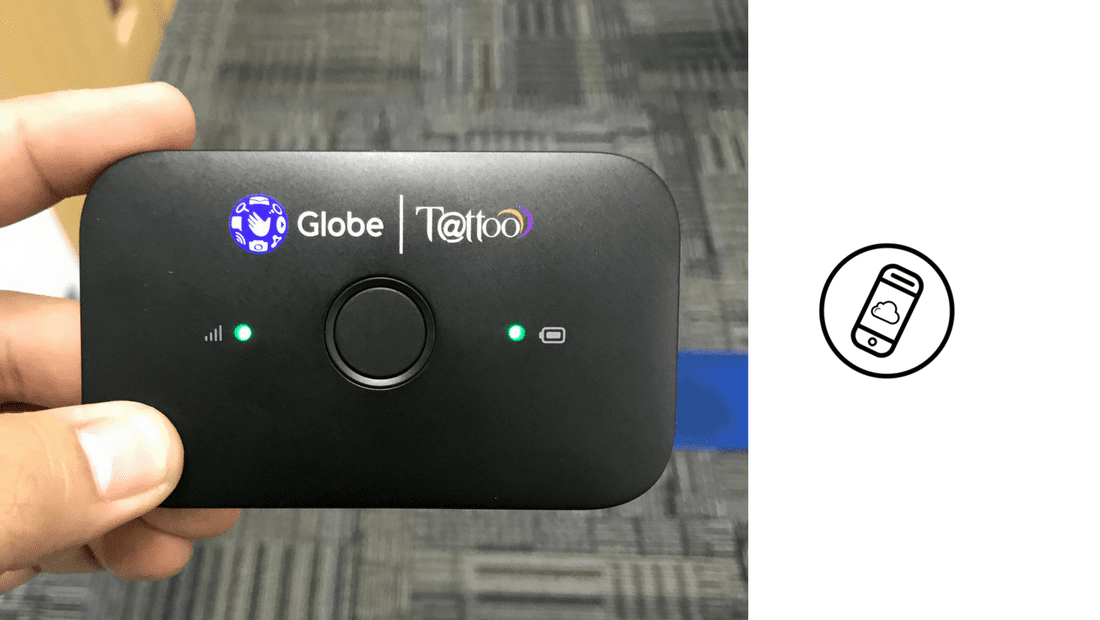 After Globe made their Tattoo LTE Mobile WiFi more affordable last year, they are now putting out a new one. I mentioned in a previous post that the device itself is from an unknown manufacturer. Months after releasing the Prepaid Home WiFi device, we now have the Globe LTE Mobile WiFi! I managed to find this new model in a Globe store on one random day. (Seriously, I just went there for no reason and found it. Haha.) Since I got curious as to how it compares to the old, I bought this. As I write this, it would be almost a week since I got the device.

Without much delay, here’s my Globe LTE Mobile WiFi Unboxing!

Check out my unboxing video! As you can see here, the Globe LTE Mobile WiFi now costs P1495! When the new price was announced, it shocked me. Unlike last year’s model, this device is made by Huawei. Here’s what’s inside the box:

There’s not much to go on inside the box except the device itself. I don’t know why they always include short micro USB cables as opposed to the usual 1m cables. Oh well. We get what we get. Unlike my first impressions of the previous Globe LTE Mobile WiFi, I felt that this device is a much better pocket WiFi. Since the device is from Huawei, it did not surprise me at all. (It’s also known for making smartphones such as the P10 and P10 Plus.)

The new device does not have a screen, but has two LED indicators for signal strength and battery. When the new Globe LTE Mobile WiFi is low on battery, the battery indicator will turn red.

For a device that has one purpose of connecting our devices to the internet, it’s a really robust one. So far, I haven’t experienced any random reboots or glitches with the connection. The previous one rebooted a lot.

Best of all, I think this is a sexier device than the old chunky one. Just look at this! Yeah, yeah. The old device has a screen where you can how much battery you have left. It also shows how much data you use. But the new Globe LTE Mobile WiFi is from Huawei and looks sleeker than the old one!

Based on initial use, I found out that the new device gets better LTE speeds than the old one! Here’s a sample speed test result I got when I used it in IT Park: It is quite fast, but I have yet to fully test this in a lot of areas. I also want to compare this to the old device and see which one is faster.

I have some complaints when I got this device though. First, their “free 5GB data” promo suddenly does not work! I tried texting the code but it didn’t work. They should just remove the promotion from the box so that Globe would not mislead people.

I will never stop talking about how SEVERELY lacking the promos that Globe has for mobile data. Even though they have a new GoWATCH promo, I still think that people should get more data for their hard-earned money. That’s it for my Globe LTE Mobile WiFi unboxing! Are you planning on getting one in the near future? Stay tuned for my review on this blog, Utterly Random Techie!

Published in Globe, Tech and Telcos