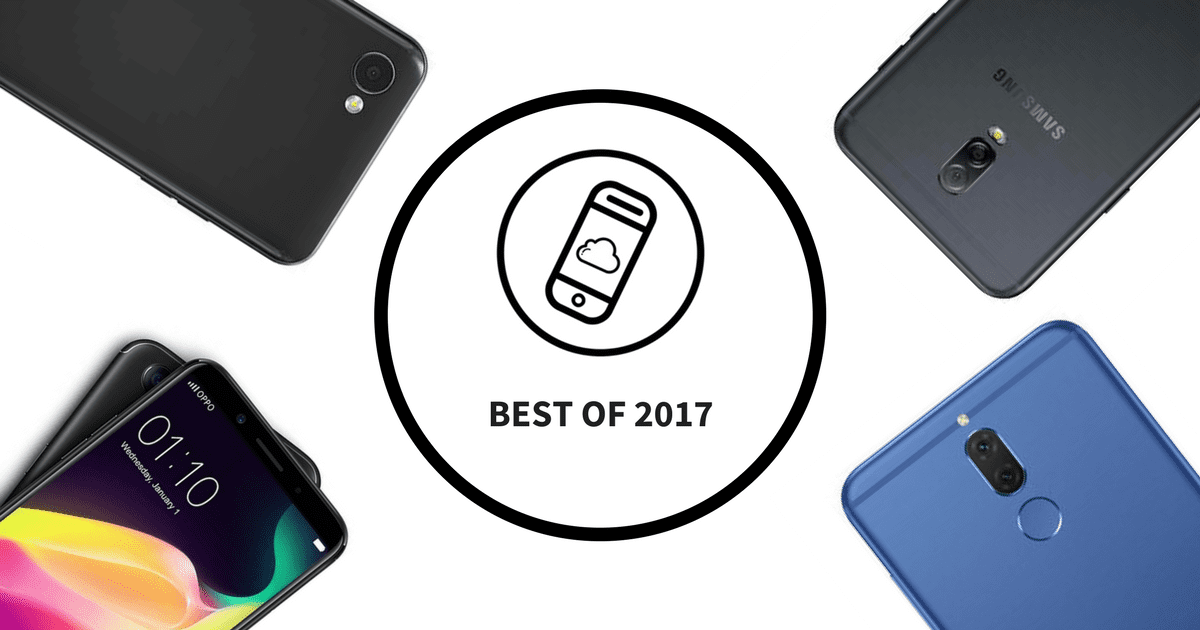 This is the ever-growing mantra of smartphones these days. As the technology matures, what normally would cost more than P30,000 goes down! This simply means that we can find phones that give a great experience for within P10-20K! There are the kinds of people who don’t need ALL the bells and whistles that a flagship smartphone can offer. With that in mind, here are phones that show MORE BANG for your buck. Here’s my list of the Best 2017 Midrange Smartphones!

OPPO has one of the best-selling smartphones of 2016 in the F1s. This year, they aim to do that yet again with the OPPO F5! The standout features of the new OPPO phone are the bezel-less display and the AI Beauty mode which works on both cameras! You’ll be seeing one of these trends all throughout this list. OPPO really touts their front camera since they claim to have better selfies than the competition!

Who is this for? The OPPO F5 is for the selfie fanatic. It’s for those who love taking more and more photos with the front camera. Your friend will thank you for it when you get him/her the latest phone from the Selfie Expert. Huawei is another company that had a successful 2017! The Huawei P10 and Mate 10 Series are some of the most popular phones in their lineup. This phone may top both of those in spades! Being one of the few phones with dual cameras on the front and back, you are sure to get good portrait photos all around. It also helps that the Nova 2i has a bezel-less display as well! With this phone, you get a big display and four cameras for nearly half the price of the P10!

Who is this for? This phone is for people on a budget but want more from a smartphone camera. This is also for those who want a good display and a good camera for a midrange price. Four cameras are (usually) better than two. LG may not have all the special bells and whistles that the first two phones on this list have. What it lacks in that department makes up for it in the display. Its FullVision display is almost the same as the one found in the G6. Unlike other phones in this price range, the Q6+ will get Android Oreo in the near future.

Who is this for? It’s for the first-time smartphone buyer who wants to have simple phone that’s easy to pick up. It also helps that this phone has a bezel-less display. Thanks to its brand presence and dominance in the smartphone market, Samsung can afford to price the J7+ higher. Despite the higher price, the Galaxy J7+ has a dual camera setup, a fingerprint reader, and the Always On Display feature from the Galaxy S and Note lineups.

Who is this for? Grab this phone if the recipient is a Samsung fan and wants the best possible bang for your buck. Samsung’s cameras are good enough to go toe-to-toe with the iPhone. Only this phone and the Note 8 are Samsung phones with the dual camera setup.

There you have it! This was my list of the best 2017 midrange smartphones you can buy in the Philippines right now! Unlike the list of flagship phones, I’m sure that I missed good phones within the P10-20K range. Leave your comments and violent reactions down below! Hehe.