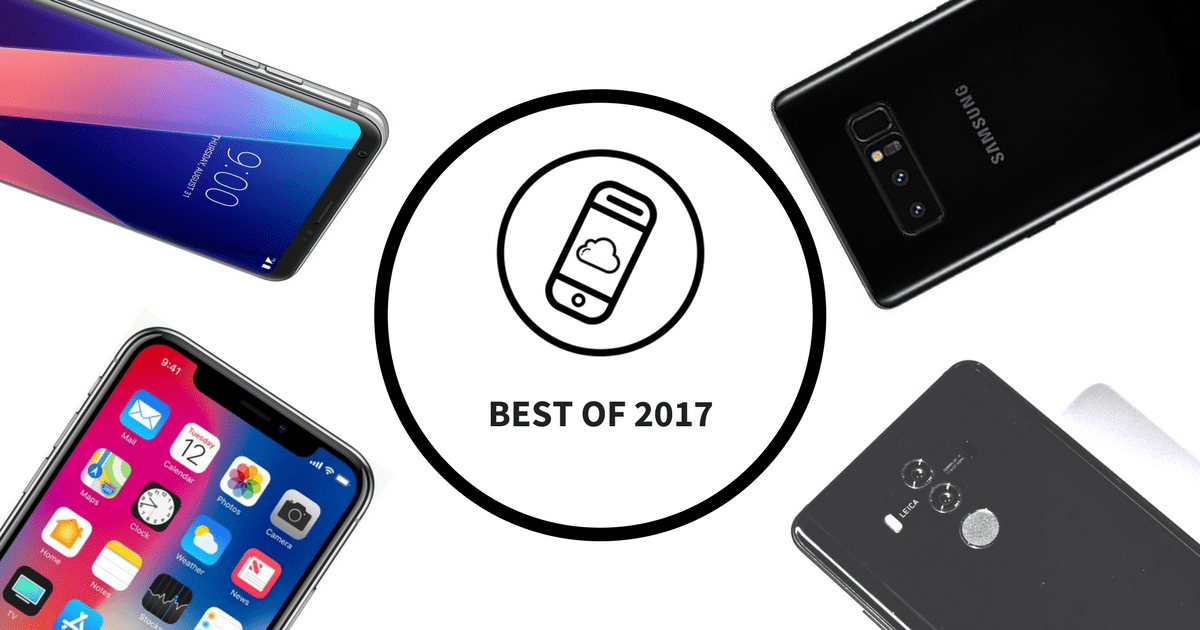 Smartphones just went through a crazy and wild ride that is 2017. We’ve seen a lot of trends converge into these current crop of flagship phones. Some use machine learning to enhance the capabilities of the phone. Some rely on two cameras to take better and more detailed photos. Most of them rely on the screen that we use so much. All I know is that these phones carry the flag of innovation that still remains. Without further ado, here’s my list of the best 2017 flagship smartphones!

Note: I will be listing down flagship phones that are OFFICIALLY available in the Philippines as of this writing (sorry Google Pixel 2) and tell you whom are the phones for. This list is also IN NO PARTICULAR ORDER. The flagship Galaxy phones can sometimes be ignored after a slew of new phones arrive. I think that the Galaxy Note 8 is still worth every peso you spend on it. The Note 8 has one of the best screens in a phone. It also helps that it has a single standout feature: the S Pen. The S Pen actually does more than ever with the Note 8. (I legitimately am jealous of the off-screen note writing. Wow.) It also helps that it’s the first rear dual-camera smartphone with OIS (optical image stabilization)!

Who is this phone for? It’s for the person who wants the biggest screen possible and does a lot with it! Whether it’s writing a lot of notes through the S Pen or taking better photos with its dual camera, you won’t go wrong with the Galaxy Note 8! More than 6 months after its release, the Galaxy S8 and S8+ remain one of the best flagship phones of 2017! Although this phone isn’t exactly the first one with a bezel-less display, the Galaxy S8 made a prettier body for that display! Of course, we expect the best display that Samsung has to offer! The cameras on this phone is no slouch as well! Although it’s merely the second best camera in an Android phone (the Pixel takes the cake), you’ll really be happy with the photos you take!

Who is this phone for? It’s for people who want a near-equivalent to the iPhone in terms of hardware. The cameras on this phone are one of the best in the industry. Just don’t make them use Bixby. Please. (In my defense, I barely use Siri.) Get the S8+ if you find the Note 8’s S Pen useless. The iPhone 8 Plus is a familiar phone. It carries the same design that started with the iPhone 6 Plus in 2014. The main difference is the return to a glass back. That back enables Qi wireless charging which lets you charge without having problems with wires! The A11 Bionic chip enables machine learning and augmented reality (AR) capabilities! I would have recommended the iPhone 8 but it doesn’t have the rear dual-camera setup with Portrait Mode and Portrait Lighting.

Who is this phone for? This is for iPhone users who want a familiar but faster iPhone. Benefits like wireless charging and the A11 Bionic chip help make this is a better upgrade for iPhone 6s and older. If you’re looking for a smaller phone, I think you should just get an iPhone 7. There isn’t much difference between it and the 8. The 7 is a steal at P35,490! After months of anticipation, the iPhone X is hitting Philippine shores on December 1st! What makes this iPhone stand out from other iPhones is its bezel-less display! Yes, the notch is there but it enables Face ID and Animojis! (Animoji Karaoke is really a thing, check this out.) The dual-camera setup at the back also has OIS giving it better overall photos! It also has the same Qi wireless charging support as the iPhone 8 and 8 Plus.

Who is this phone for? This iPhone is for the hardcore Apple fan who is ready for the future. The gestures could take some time to get used to and Face ID may not be better than Touch ID. Those are just minor things for the Apple fan though. This phone is also for those who have the money to afford it. Huawei has always been an innovator in terms of phone hardware. They were the first to take advantage of two cameras in a smartphone (in partnership with Leica)! Now, Huawei is bringing you a phone with AI in mind: the Mate 10!

It manages to look like a 2017 smartphone thanks to its bezel-less display. The Mate 10 also manages to shove in a fingerprint reader in the front as well. (I’m looking at you, iPhone X.) The Kirin 970 makes the Mate 10 one of the few phones with a dedicated AI processor (Huawei calls it the Neural Processing Unit or NPU).

Who is this phone for? This phone is for those who love big screens yet doesn’t want to spend around 45-50K pesos just for a big screen experience. The cameras are on par with the others here and the premium design makes it appealing. I think this Huawei flagship phone is kind of underrated. Maybe the software isn’t that great but I really love the camera on this thing. This is the 2nd year of the partnership between Huawei and Leica on the camera of the P series. The P10 really shows how good the fruits of that partnership is. Sure, the display looks dated but this is good enough for small phone lovers.

Who is this phone for? This phone is for Huawei fans and don’t want a big phone to show for it. The camera is still as great as the ones on this list! The smaller phone will most likely fit in your pocket better than the bigger Mate 10.

There you have it! This was my list of the best 2017 flagship smartphones you can buy in the Philippines right now! I obviously missed some phones that are worthy to be here but I just can’t buy it easily here. Leave your comments and violent reactions down below! Hehe.