5 Reasons You Should NOT Get the iPhone 7! 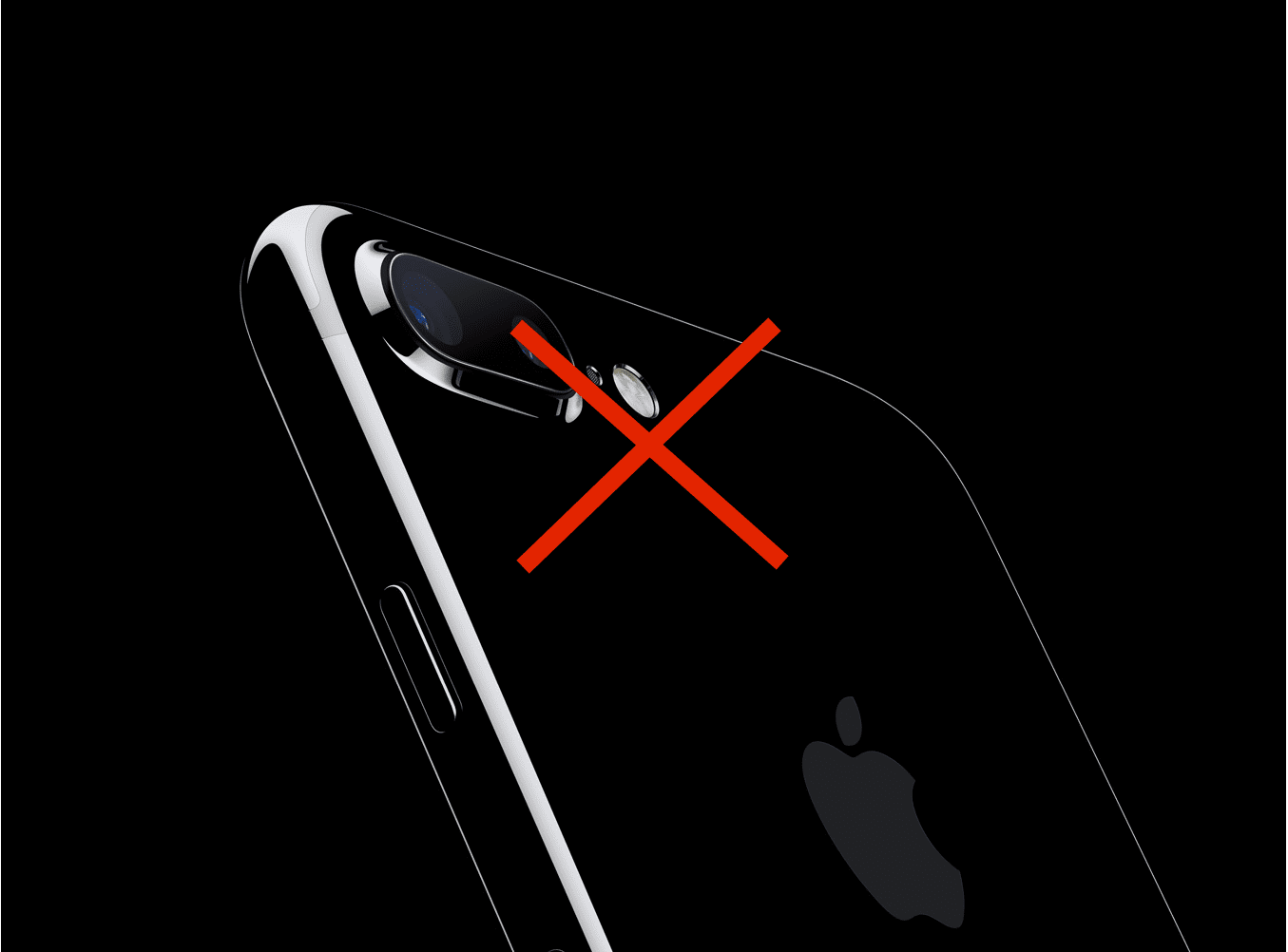 Apple has made waves lately with their next generation of iPhones: the iPhone 7 and 7 Plus. It made headlines when they finally removed the age-old headphone jack. The decision of getting the latest iPhone is harder than ever. If you’re on the fence of getting one, I’m here to help you make that decision. Before reading this, make sure you read the 5 Reasons You Should Get the iPhone 7 in order for you to make a sound decision.

With that out of the way, here are the 5 reasons you should NOT get an iPhone 7:

Yeah, yeah. We kinda expected this since it was rumored earlier this year. It still pains me to know that in order to enter the next generation of audio, we have to remove the thing that we are most comfortable with. If you really really care about the headphone jack and have a lot of headphones that rely on it, then don’t get this phone. Even though an adapter is included in the box, you still need extra adapters for use in the car. I know it took Apple “courage” to do this, but it’s still a big hassle to have to deal with it. If I didn’t tell you that the picture above is an iPhone 7 Plus, would you know if it is? No? Then this is exactly my point here. Besides getting the Jet Black and Black models, it would be indistinguishable from the untrained eye. Good luck trying to find iPhone 7s in the wild when they come out. I think this is because Apple is saving the redesign for…

The iPhone is celebrating its 10th anniversary next year and surely Apple would like to make that one more special. If you didn’t mind the design being the same then maybe this one could sway you not to get the iPhone 7. Rumors about next year’s iPhone include a curved display, the return to using of glass, and having a third phone with a 5.8″ screen. Let’s see which of those come true.

You Have an iPhone 6s/6s Plus Why even bother getting an iPhone 7 when your 6s still holds up? It’s still going to get iOS 10 and all of the new features and improvements it offers. I can even say that those having the 6s/6s Plus are lucky people because of the 10th anniversary iPhone next year!

Cameras are Slightly Better than 6s The iPhone 7 and 7 Plus have new cameras. I was expecting a bigger jump in quality from the 6s to this but apparently the reviews say that the difference is not that much. Low light performance is said to be significantly better but we rarely take pictures in the dark. The iPhone 6s is a good performer in the camera department. The telephoto lens in the iPhone 7 Plus has a lower quality than the wide angle one. The former has an f/2.8″ aperture while the latter has an f/1.8″ aperture. If an improvement in the telephoto lens is to be done, it’s in next year’s phone.

There you have it! Have you finally decided? I am still on the fence but hopefully I could decide sooner as my current plan is expiring. Let me know in the comments section below your decision. I hope I was able to help out!