We Need a Third Philippine Telco. 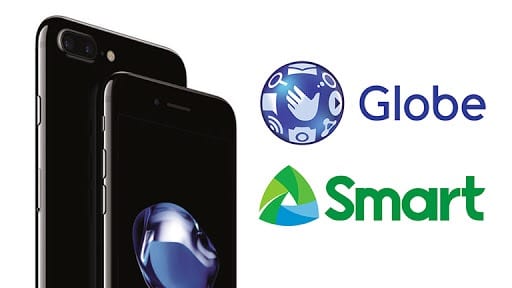 This year has been a crazy one for telcos (telecom companies) here in the Philippines. More and more content like Netflix and We all thought that Telstra would arrive in the Philippines (with the help of San Miguel) and save the day. Sadly, PLDT and Globe had other ideas and bought the telco assets from San Miguel after talks with Telstra failed. I think that this Globe and PLDT duopoly must stop. We really need a third Philippine telco.

Why We Need a Third Philippine Telco

Having a third Philippine telco would help spur more competition between them. This means customers like us would have more options in getting their access to mobile data. I’ve recently been hearing complaints from my friends regarding this. Some are pissed at Globe for their data cap for ALL internet services. Others get annoyed at PLDT for intermittent connection. Despite all that, they stuck with their current telco because they haven’t found a better one. A new telco here would ultimately be beneficial to consumers, even if it will have a hard time initially.

Like I said, it will be hard to make an impact in this sector.

The Problem also lies in the PH Gov’t

The Philippine government isn’t doing any favors at all when it comes to this. Did you know that it takes 8 MONTHS to put up a SINGLE cellsite? That’s insane! If a telco wants to put up a lot of cell sites, it would take LITERALLY FOREVER to put them all up! It would be nice if the red tape surrounding this would be lessened so that cell sites would be put up quicker.

What the Third Player SHOULD Offer

I may sound discouraging with what I said earlier. Don’t fret though! I listed down some things a potential third Philippine telco SHOULD offer to make a splash in this industry. Here they are:

I put this first on the list because this is what people demand from telcos today. Without advancements in mobile internet, we wouldn’t be able to take advantage of the power of smartphones! The problem is that telcos still charge more for internet services due to the difficulty of putting up even a decent internet service in the Philippines.

This one would be quite difficult to accomplish, given that MORE devices are connected to a cell site in the Philippines than in ANY OTHER Asian country. If only the government would help in lessening the time it takes to get a permit for one cell site.

Let’s face it. Being an archipelagic country with 7,107 islands, it is difficult for a Philippine telco to build out infrastructure. We would have to consider the landscape more often. It would amaze me if the new telco can do this in a short amount of time.

Of all the things I mentioned here, this one’s the easiest of them all. It helps to get the most popular smartphones from the big global players (Apple, Huawei, Samsung) and then bolster the lineup with more affordable smartphones from a wide range of manufacturers (Oppo, Vivo, Cherry Mobile, Starmobile).

That being said, it still will be difficult for a potential third player to get in. But if what Philippine President Duterte says about opening the telco sector to new players is true, then we might get one sooner than we thought.

How about you? What would you want to see in a potential third Philippine telco? Leave your thoughts in the comments below!

Published in Opinions and Tech