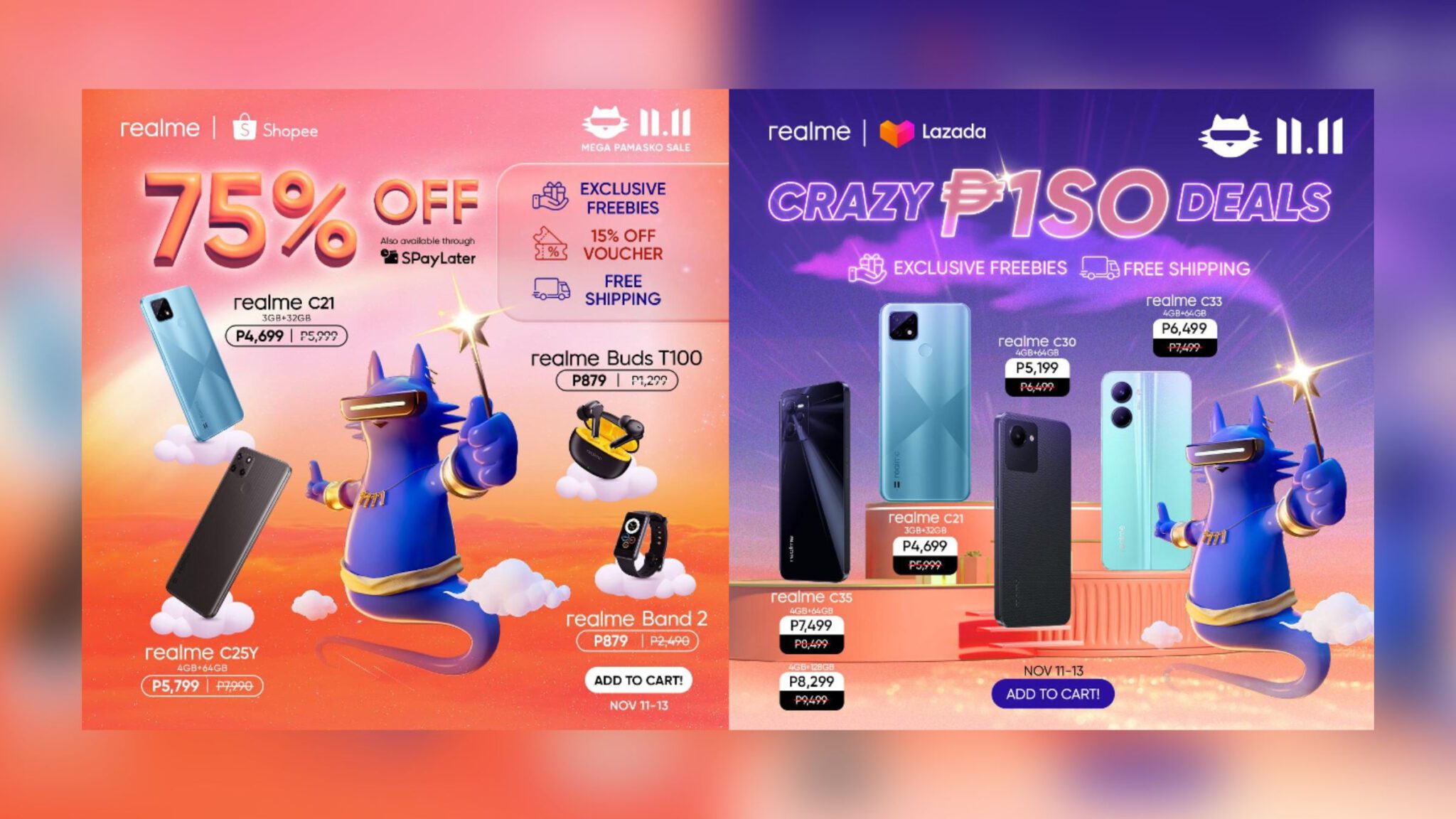 It’s that time of the year when brands in general unleash some of their best deals to consumers! With that in mind, I’m here to share all of them so you can prepare your carts for the 11.11 Sale! For this one, I’m sharing the 2022 realme 11.11 sale deals!

realme is making sure that it can sprinkle the holiday season with yellow! Start your Christmas Shopping during realme’s 11.11 Pamasko Sale on realme’s Official Shopee store! You can get UP TO 75% OFF + 15% OFF Voucher on realme faves!

Get a chance to score CRAZY PISO Deals on realme’s Official Lazada store during the 11.11 Mega Sale. Alongside the deals, Squads can also grab UP TO 60% OFF on realme audio devices so you can bop to Christmas music this holiday season.

There are exclusive freebies for all models of the realme Book (FREE Logitech G435 Headset worth P3,999), realme Pad Mini (3GB+32GB, LTE) (FREE Logitech K380 Keyboard worth P1,995), and the GT Neo 3 (FREE Powerbank 2 10000 mAh). You can also get a chance to win either a Robot Vacuum or a realme Book Prime through the LazFeed Giveaway!