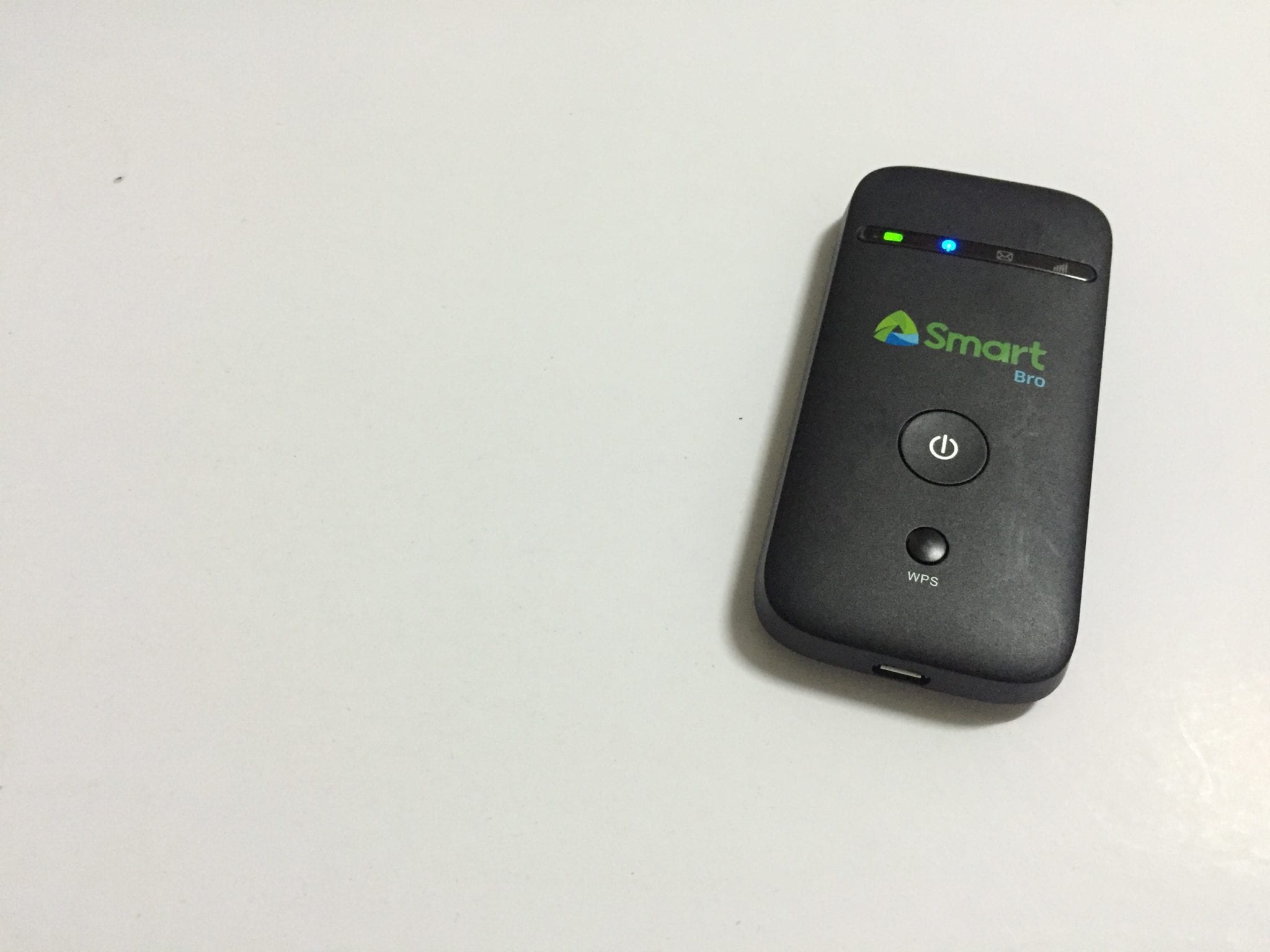 Smart has been making some waves recently. They just changed their logo to represent synergy with PLDT. They have committed to transform their networks into the country’s most data capable infrastructure delivering a growing array of compelling digital services.

One way of making an impact is through Smart Bro, their wireless broadband service. Smart Bro has been promoting their new promos like SurfMax85, which gives you all-day surfing for two days for P85. Another thing they’re promoting is the Smart Bro 4G Pocket WiFi. Smart also claimed that they now have #FasterDataInCebu. Since I have to see it to believe it, I bought one of these and review it. Smart Bro’s 4G Pocket WiFi device is a repackaged ZTE WiFi modem just like the Tattoo Mobile WiFi device is a repackaged Huawei device. Personally, I like Smart’s choice because it has a more compact design and can easily be placed in a pocket. Guess the naming was right. Hehe. Besides that though, the unboxing was just a simple no-fuss experience. One of the good things I found out while testing and reviewing the Smart Bro 4G Pocket WiFi was the My Smart Account app! It’s available for iOS and Android. The app does a good job of showing the active subscriptions you currently have. It’s also easy to subscribe to one of the surf plans! You just tap on the “Add a package” button and select one of the available packages like the one on this list below: I think that the app is a necessary download when you have a Smart Bro 4G Pocket WiFi. It makes subscribing to promos like SurfMax85 easier! Here’s where the review gets real tricky. I’ve been using the Smart Bro 4G Pocket WiFi since last Monday and sadly I was disappointed as to where I could use this device. It works fine at home, but it’s only useful in emergency situations like a brownout.

The Smart Bro 4G Pocket WiFi generally doesn’t have good coverage in Cebu City. Before purchasing this, make sure you know which telecom provider offers the better speeds in your area. I mentioned in my Tattoo Mobile WiFi review about what Globe needed to do to improve their 3G speeds. Smart claims to have faster data, and just as I am writing this review, I have seen some signs of that. I can’t show any results though since I haven’t finished doing my speed tests for Globe V Smart II yet. Will update this review with the link to the speed test results! Overall, I still like the Smart Bro 4G Pocket WiFi. Even though the coverage isn’t as good, initial indications have shown that their speeds are catching up. It remains to be seen whether Smart can compete with Globe in that department, but I’m liking what I see so far. The design of the device is compact, light, and easy to put in the pocket. The My Smart Account app is a good complement to this as I could easily subscribe to Smart Bro’s promos. If they put more effort with their 3G speeds and coverage, they have a good shot at beating Globe.

That’s it for my Smart Bro 4G Pocket WiFi review! Wanna know if Smart’s speeds are better than Globe’s? Find out in Globe V Smart II right here on my blog!

Published in Tech and Tech Reviews