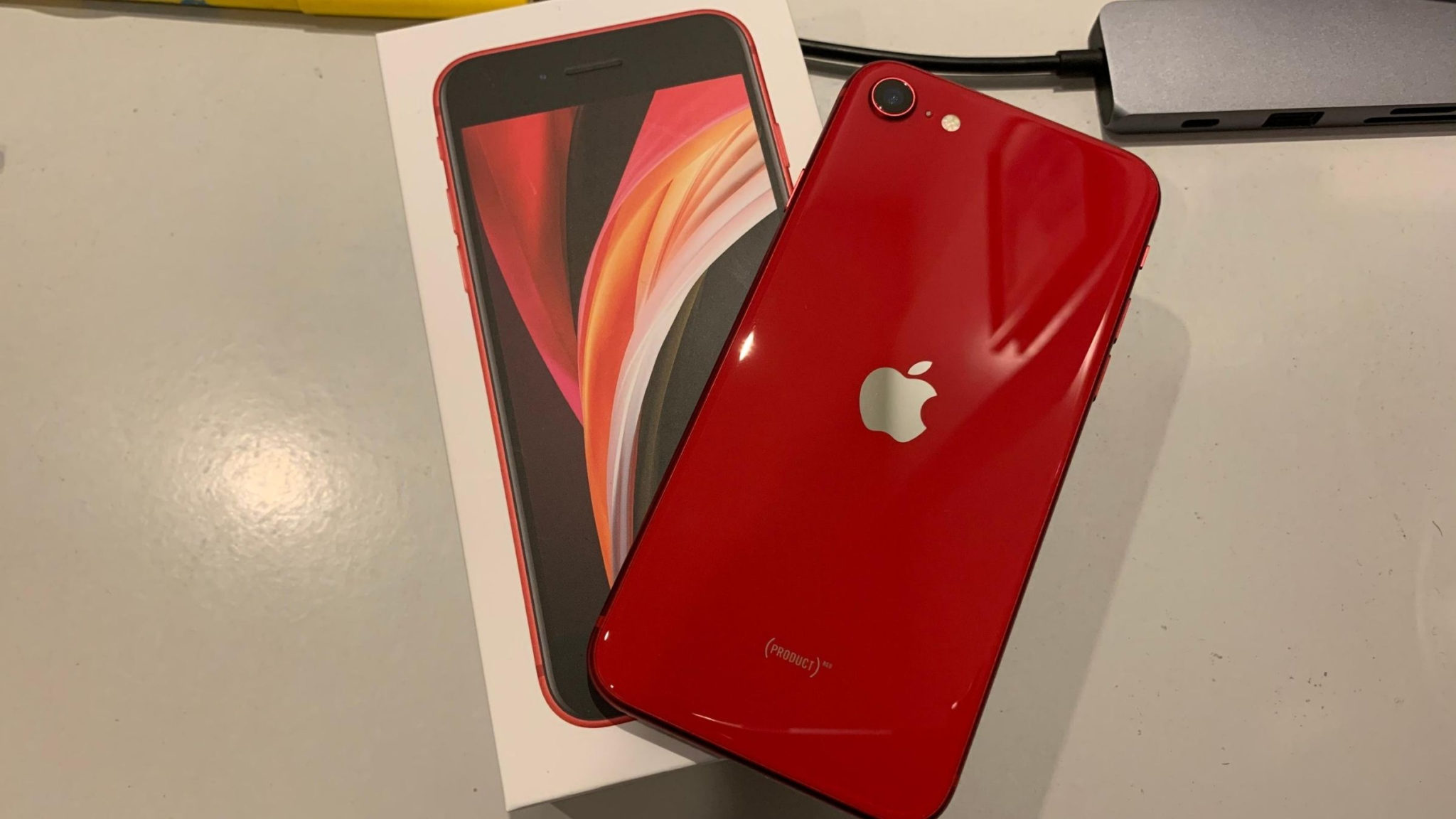 It’s really not a secret at this point: I prefer using an iPhone. I use one since I got the iPhone 4 (in white, mind you) and I remember just how small that was. From binge-watching movies to playing games, it’s pretty clear that big screens on phones are the way to go. That’s not how everyone sees it though. There are people out there who miss the compact form factor. This is why we have the iPhone SE 2.

Technically, Apple counts it as just the iPhone SE (2nd generation). But since that’s a mouthful, I’ll just go for iPhone SE 2. (I will be calling it that for the rest of the review.)

I’m actually happy that this phone exists. People might say that small phones aren’t that good because they can’t carry big batteries or big screens. But there are those who just want their phones to be as pocket-friendly as their wallets and bags. I feel that this is the phone for them.

I usually don’t take too long when writing a review for a phone, but I needed to take extra time for this one. Apple doesn’t do this a lot, so I take notice when they do it. Should you consider this as your next phone? Then read on!

You’ve probably seen the stuff inside iPhone boxes for a while now. In every (PRODUCT)RED Apple product, there’s an info card that details what the program is about.

For the current situation however, every iPhone SE purchase will contribute directly to the Global Fund to combat COVID-19. Besides that, the contents are basically the same.

If there’s one thing about the new SE that really threw me back a couple of years, it’s the display. The last time I tried this display was when I used the iPhone 7. Videos that are in 16:9 are fine (most YouTube videos are still in that aspect ratio). Recent videos that are uploaded in 18:9 and similar aspect ratios though will show black bars on the side and the top!

In the end, I ended up not missing the display. I really value the bigger display on the iPhone XR I have. Some third-party apps really take advantage of the extra screen real estate. Just take Discord as an example below:

Not every app is like this, and I suspect people who prefer the smaller form factor wouldn’t mind. I just think it tends to be jarring when coming from a bigger screen.

The Size Excites Me, The Design Doesn’t

I never thought I’d miss the size until I held the iPhone SE 2.

Despite the small display, I really enjoy using this phone. It’s really portable and I can easily hold on to it, unlike the XR. Reaching to the top corners is really easy! Everything else that came with the size? Not so much.

Let’s face it: the bezels really make this phone look old. The SE 2 will probably be the last iPhone to carry this design. Demand for this phone really validates the existence of a modern small iPhone. (Like that iPhone 12 mini.)

The A13 Bionic Makes This iPhone SE Relevant

The iPhone SE 2 wouldn’t really stand out without this one feature: the A13 Bionic chip. Despite the fairly old design, that A13 will help this phone last way longer than even Android smartphones released in 2020.

I tried playing Samurai Jack: Battle Through Time with this phone and the performance is exactly what I expected from an iPhone. It still amazes me that Apple can get better performance out of a 6-year old design.

I’m not gonna do a separate battery life segment this time since I already knew what to expect here. Just to give you a snapshot of the battery life, I usually last around 3-4 hours of mixed use. This includes playing Mobile Legends for almost an hour.

If you think the iPhone SE 2 was gonna be a game-changer in that department, you are sorely mistaken.

Can The A13 Bionic Carry This Camera?

If there’s one aspect of a smartphone that still makes a difference, it’s the camera. The iPhone SE 2 basically carries the same camera hardware as the iPhone 8. Normally, this would be discouraging but this iPhone has one trick up its sleeve: the A13 Bionic chip. Will that help make the photos better than its competitors at its price range?

Here’s a gist on what cameras are on this iPhone:

On paper, those cameras seem paltry compared to midrange Android phones. We’ll see if these specs are deceiving or not.

The following photos are shot on the iPhone SE 2 unedited. (Some may be cropped, but nothing else done besides that.)

You can access full resolution versions by tapping on each photo!

Here’s a shot of banana chips. One thing I love about iPhone photos in recent years is how easy it is to take a good photo. There would be times where I had to adjust the exposure and focus but it would just work for me. I didn’t even use Portrait mode here! (Even if I wanted to, I couldn’t since it only works on people with the SE 2.)

Here’s another close-up shot: this time of the AirPods Pro. The SE 2’s rear camera still tends to struggle with different levels of lighting. (The left area’s much brighter than the right.) I still like the detail I get despite that.

Don’t get me wrong! iPhone photos are generally good, no matter which one you pick. This iPhone may lack the versatility of the current iPhones or recent Android phones. That doesn’t mean you should immediately dismiss it. The quality you get even at the most affordable iPhone is unheard of a few years ago!

No Night Mode Though…

This is one of the few shots I took in low light with the SE. (I did this while trying to take Starry Mode photos with the realme 7) Since it doesn’t have Night Mode, I didn’t bother taking more of those kinds of shots. I wish it had Night Mode since its Portrait Mode just uses machine learning chops alone.

I’m not knocking them for not including the feature though. If there’s one thing I know about Apple, it’s that they wouldn’t put a half-baked version of a feature just to have it. A lot of phone makers implemented portrait photos and added ultrawide cameras before Apple but those tend to be inferior to the main camera. This is a feature that I wish the next version of the SE (if any) would have.

So many phones are already doing AI detection on various kinds of things including food. Those tend to be inconsistent though with maybe the flagships doing well. The results on this SE really surprised me though, especially with food.

Here are the other photos I took with the SE 2:

A Bummer that The Front Camera is 7MP.

As for the front camera, it’s fine. It doesn’t have all the flair that even lower-midrange phones can provide, so detail isn’t up to snuff. I generally don’t mind front camera quality but it’s become increasingly important especially for making those TikTok videos. As you can see below, the sky gets washed out.

For the most part though, I really like what I saw with the photos of the iPhone SE 2.

Does iOS 14 Feel Cramped on the iPhone SE 2?

When I initially put iOS 14 on this iPhone SE, I got worried that it would feel cramped in this small phone. Based on my experience with it for a month, I’m glad that Apple didn’t cripple this phone. Despite the small screen, the new Widgets and App Library paradigms work surprisingly well! As I mentioned earlier in the review, my main issue was the usability of third-party apps with the small screen.

Should You Get the iPhone SE 2?

If I did this review well before the iPhone 12 mini came out, I still would hold back on recommending this SE. Despite the nostalgia of the small size, this also carries the baggage that we used to get on iPhones. (Chief among them being the horrible battery life.) The title of this review said it best:

If you really love that size, you now have the iPhone 12 mini as a better option. However, if you know what you’re getting into with this design or you’re saving a buck, then the iPhone SE 2 is a good option. This is also a good option if you need a secondary phone or if you wanna dip your toes in the Apple ecosystem.

That’s it for my iPhone SE 2 review! Are you considering getting this phone? Does the size of a phone matter to you? Or do you prefer bigger screens? Sound off in the comments!