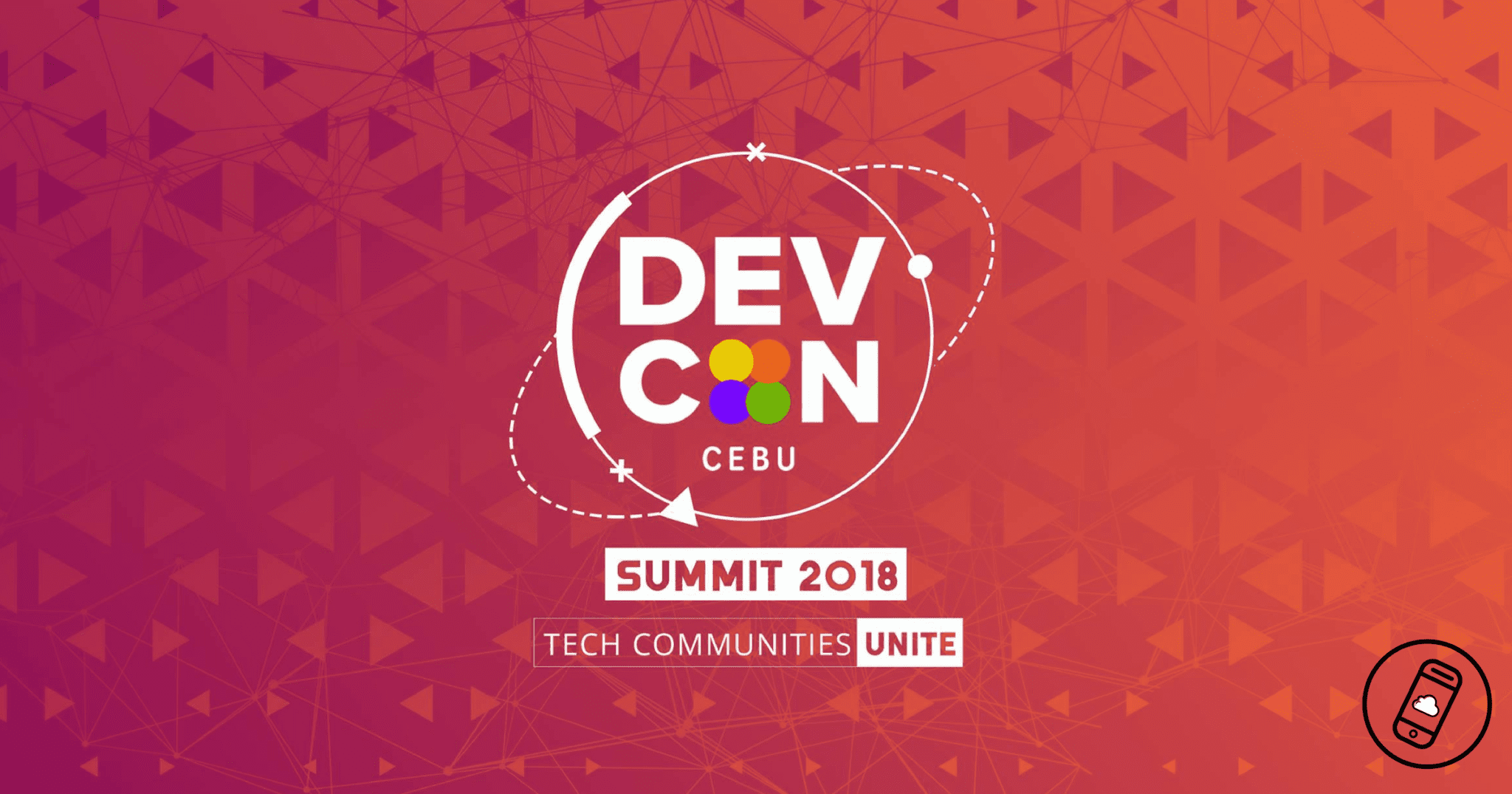 Running this blog wouldn’t be possible without the power of software and developers. Staying on the bleeding edge of technology helps me in making the blog the best it can be. With that in mind, I got excited when I found out that DevCon is FINALLY bringing their flagship event to Cebu! After a day of learning a lot of new things, here are my highlights during the FIRST EVER DevCon Summit Cebu 2018!

To All The Startups I’ve Failed Before.

After the obligatory opening remarks, DevCon Summit Cebu started with a keynote about startups from Alistair Israel. One of the things that struck me was starting with WHY. No matter how many tools you use, you’ll still fail if you don’t know WHY you’re doing it. It also matters who you work with and what culture you’ll have in the beginning of your startup. He also brought up the art of Lean.

An open panel followed after. It talks about the startups in the Philippines and having the entreprenurial mentality featuring Julie Bulaklak of Microsoft, Nanette Arbon of DTI-7, and Alistair Israel.

Mr. Jerry Rapes of Amihan Global Strategies took the stage for the second keynote about Blockchain. He explains how blockchain can be used to build a Self Sovereign ID. With the said ID, you can use it for basically ANY transaction that needs it! I find it amazing that with the right idea and technology, you can accomplish great things. Here’s to hoping that our government *ahem* will support this.

Another topic that struck me was about collaboration between designers and developers by Francis Alturas. I couldn’t relate as much because I basically do various kinds of tasks at work. What I realize though is that there is a lack of understanding between both parties. Developers tend to resist outrageous designs that wouldn’t fit current guidelines. Designers tend to push what they want regardless of what the limits are.

Good thing this is more of a collaboration issue than a technical one. This can easily be solved through better communication.

In the afternoon, there were breakout sessions for these topics: AI, UI and UX, Blockchain and Security, Internet of Things, and Startup Talks. When we signed up for the event, we were asked to choose which session we would attend. I chose Blockchain because I wanted to know what the possibilities are with the technology.

I loved how Dexter Genterone explained the problems with the state of identity today. He also told us how blockchain can solve that problem. There were people who asked about certain trust issues when it comes to this. He boiled it down to blockchain being a tool and it depends on how an entity uses it.

The theme for this year’s DevCon Summit Cebu is Tech Communities Unite. So it felt fitting that the last part of the program would be the Tech Communities Panel! Leads of the different tech communities present in the event talked about their plans for 2019. They were also asked by the panel moderator, Joy Garingo, one word they could come up when thinking about being a developer. My favorites were Support, Love, and Go. Sometimes you need all the love and support in order to just go! It serves as a reminder that we too can live by these words and unite to make Cebu the best tech hub there is!

All in all, I really enjoyed the first-ever DevCon Summit here in Cebu. Here’s to hoping the organizers learn from this experience. (Choose a venue that allows you to provide internet to the participants.) Until the next one, DevCon!