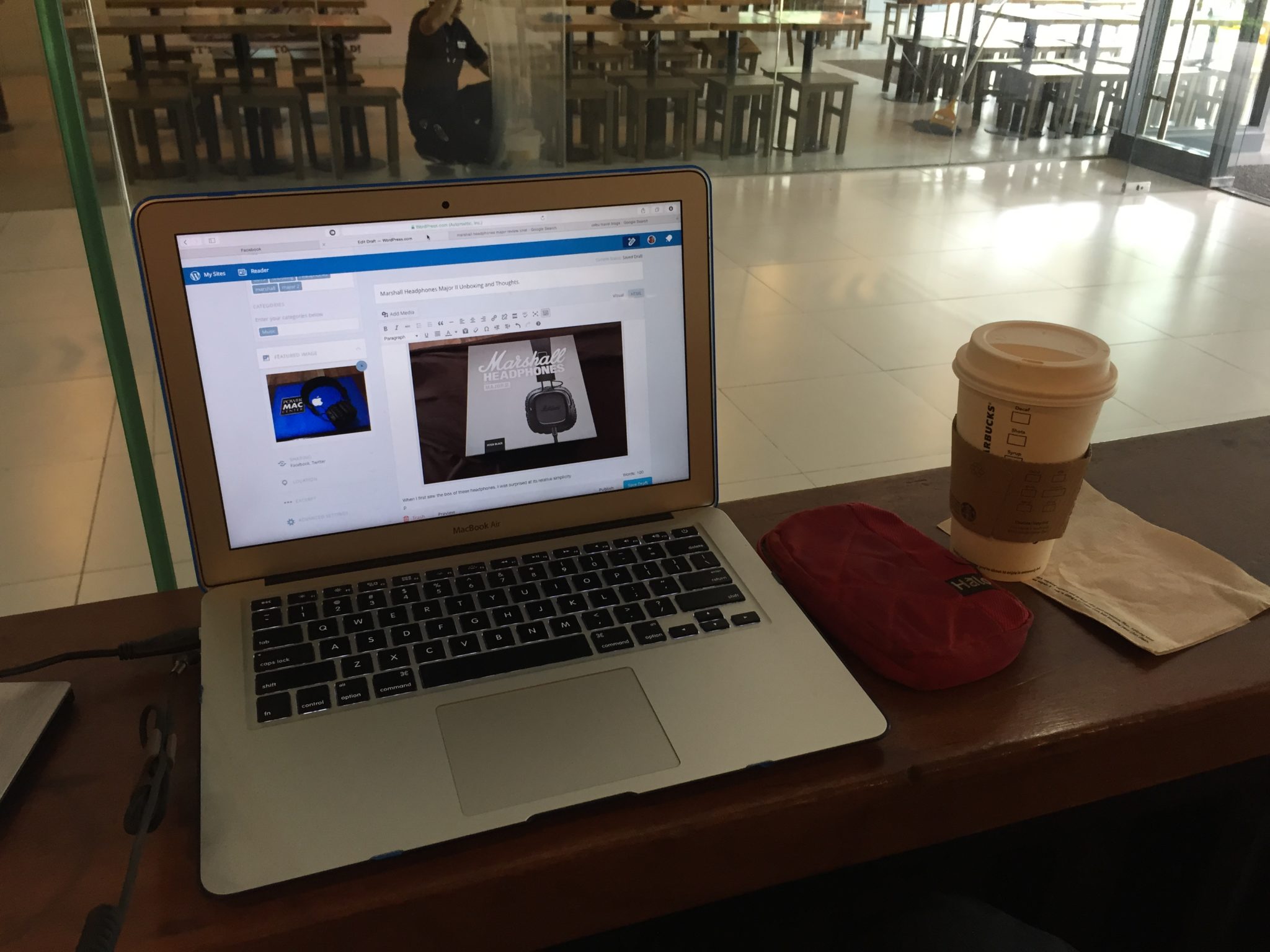 Hey there. This is my 2nd post in a day! Weeee. How productive! Hahahaha.

Sorry for the randomness of the first few sentences. I’m just a bit surprised that I am able to do two posts today. I haven’t done a Coffee Break post in a while since I haven’t stayed in a coffee shop for longer periods of time lately. I was really occupied with birthday stuff, lovelife, and work stuff. This post is proof that I have no plans on ditching this style of posting since I have greater flexibility making these than those tech posts. They can be enjoyable to make (especially if it’s about something I’m really excited about) but sometimes I have to articulate the right words in order to make the post more presentable. With this? It’s mostly freeform. Not much thinking here! Hehe.

That said, let’s jump to the stuff I wanna talk about here.

It’s 2015. More and more people these days rely on the internet for almost anything they do: communicating with friends, expressing their thoughts, stream music and videos, and even do work! Yet, our internet speeds here are really crappy compared to our neighboring countries. I am actually jealous of South Korea and their insane internet speeds. Part of that is due to their government’s support for building out a solid internet infrastructure which really benefited the people there. Last Tuesday, a hearing was done in the Senate of the Philippines about our SLOW internet. Telecommunications providers are saying that building out infrastructure is harder in the Philippines due to its archipelagic nature.

Right now, I think it’s time for the government to intervene with this issue. The problem with that though is that ONLY ONE senator was in the hearing: Senator Bam Aquino. Those other senators did not give a care about the state of our internet. I think they’re just OLD PEOPLE. There, I said it. They’re old as F***. The internet has been an increasingly important aspect of our economy and those old fools didn’t care? I say they should just resign and grow older until they rot. Hahaha.

Anyway, it’s time for the government to intervene and help ignite competition and build out infrastructure. I think the internet can help us even more in boosting our economic growth. We should see if those running for office next year would even care about this topic. I hope we don’t get stuck in the 90s with this.

The Mess That is Android.

This week, Google announced the final name for the upcoming version of Android: Marshmallow. Yeah yeah. New year, new version. When will it arrive on the Galaxy S5? LG G4? Galaxy Note 5? HTC One M9? Can’t answer? You’re not supposed to know it now. Unless you’re running a Nexus device, you’ll have NO IDEA when the newest version will arrive on Android devices in the market. Heck, you won’t even know if your device WILL support Marshmallow or NOT. This is the most disappointing thing with Android now. Google can’t get their update process straight. What on earth happened to that Android Update Alliance? Is it too late for Google to do ANYTHING at this point? Monthly security updates? Please. It was just a sudden move due to that whole Stagefright thing.

Say what you will about Apple and iOS but at least when a major vulnerability or security risk comes out, you are sure that Apple WILL release an update to patch that up quickly. Google has to figure this update process thing pronto or else THEY WILL LOSE CONTROL of Android and may resort to iOS for more search and advertising revenue. Mobile carriers and manufacturers SHOULD NOT be in control of this part of Android. PLEASE. Cease that control to Google for the betterment of the Android ecosystem.

Ahhh, Samsung. You’re STILL struggling after disappointing Galaxy S6/S6 Edge sales. You had to cut the prices of your flagship phones to combat your profit drop. What are you doing this time? I admit that the new Galaxy Note 5 is a beauty with its metal and glass construction and the curved back that helps the feel in the hand. I can’t help but feel that this is just a BIGGER S6 with a pen. Sure it has 4GB RAM but even the iPhone 6 Plus didn’t need that much and still sold more. I can’t believe that in order to compete with Apple, they had to lose a part of themselves in the process. I hope their sales don’t drop, for their sake. Oh wait. The new iPhones are coming. Good luck.

That’s it for now. Stay tuned for my next post. It’s gonna be for you, the readers. 😀 I hope you’ll like it!